Lawyer turns saviour to five through his death -A tribute to Adv S.Neelakanta Sarma 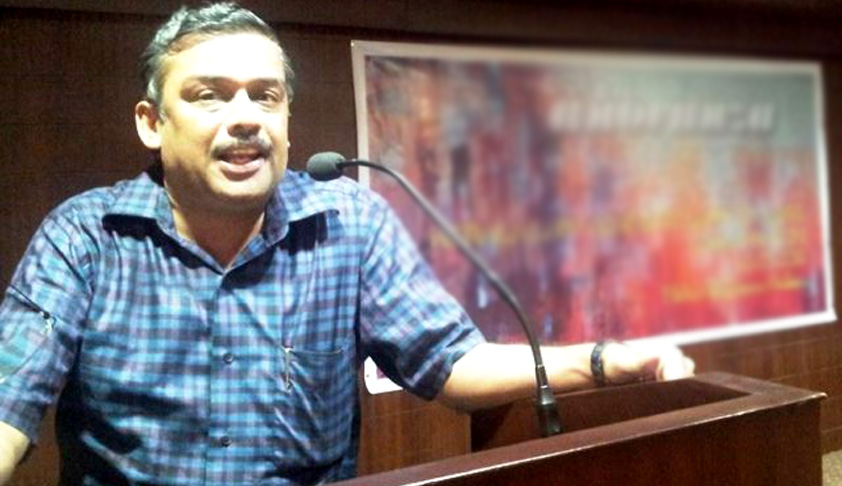 “Life isn’t about finding yourself. Life is about creating yourself” said George Bernard Shaw.

Adv S.Neelakanta Sarma, a young but high profile civil lawyer at Thiruvananthapuram created history in his death. Sarma succumbed to cerebral hemorrhage at Sri Chithra Thirunal Institute of Medical Sciences, Thiruvananthapuram on 24th July 2015. A bold decision, at a time of severe grief, by his wife Smt Latha and family, guided by his conscience, to donate his heart and vital organs, was the pivotal of a series of action at Thiruvananthapuram and Ernakulam. The heart was removed by doctors at Thiruvananthapuram and transported to Ernakulam where a successful heart transplantation surgery took place at Lissie Hospital giving a fresh lease of life to ailing Mr Mathew Achadan. Sarma’s kidneys gave life to two persons and his eyes gave vision to another two persons. The public were much eagerly glued to TV Channels to know the developments which began since the decision of Smt Latha to donate the vital organs of her husband. The Government under the direct participation of the Chief Minister, Sri Oommen Chandy, the Police, the Doctors and the drivers of Ambulances and Escort vehicles, the Indian Navy who provided the Dornier Aircraft, as well as several other unknown persons aided in the successful process of donation of the organs.

Adv S.Neelakanta Sarma, enrolled during 1994 after completing his law degree course from Kerala Law Academy Law College, Thiruvananthapuram and started practice as junior to Adv G.S.Reghunath at Thiruvananthapuram and Neyyattinkara. He became independent and was a well known civil lawyer having much maturity than his age. We batchmates can think of him only with a smiling face and an energetic appearance. Through this act of donation of his vital organs to five persons, his stature has grown from a mere human being to God. Now, we friends need no introduction to the world when we say that we are classmates of Adv Neelakanta Sarma!

The incident created huge enthusiasm and motivation in the field of organ donation. The enormous public awareness created about organ donation through a stroke by the death of Sarma is history. Several myths were blasted. The social media was abuzz with messages paying homage and respect to Sarma. It also evoked another blessing in disguise with a barge of messages in the social media promoting religious harmony. The heart of a Hindu is beating inside a Christian with the financial aid given by a Muslim. No other tribute will be enough to glorify the act of this organ donation. We bow our heads before late Adv S.Neelakanta Sarma. We salute his wife, Smt Latha and their sons, Subrahmanya Sarma and Gautham Sarma.

I conclude with a quote from Abraham Lincoln – “In the end, it’s not the years in your life that count. It’s the life in your years.”