A Legal Consultant Of A Corporation [Though Contractual] Can't Enroll As A Lawyer: Gujarat HC [Read Judgment] 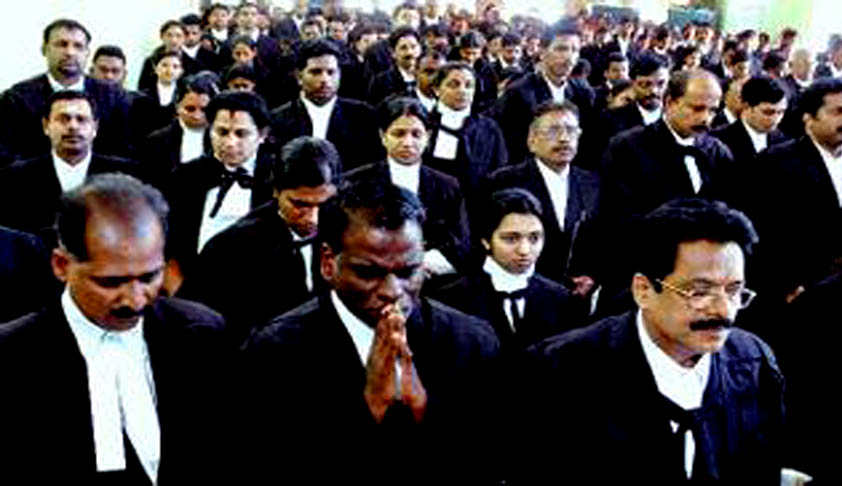 Gujarat High Court has recently held that a law graduate working as a Legal Consultant with a Corporation with a contract in the nature of a full-time job is not eligible for enrollment as a lawyer to practice law.Justice NV Anjaria was hearing a writ petition filed by a law graduate against non-granting of enrollment as an advocate to practice law by the Bar Council.The petitioner having...

Gujarat High Court has recently held that a law graduate working as a Legal Consultant with a Corporation with a contract in the nature of a full-time job is not eligible for enrollment as a lawyer to practice law.

Justice NV Anjaria was hearing a writ petition filed by a law graduate against non-granting of enrollment as an advocate to practice law by the Bar Council.

The petitioner having passed out five years integrated course of B.A., LL.B. from Maharaja Sayaji Rao University, Vadodara, got selected during her academic period in campus interview of Gujarat Industrial Development Corporation and she was given appointment as Legal Consultant also known as legal expert having been so selected.

When she applied for enrolment the Enrolment Committee noticed that the petitioner was associated with the Corporation as a legal expert rendering her services in that capacity from 16th June, 2012 and was getting amount of Rs.25,000/- per month, Bar Council of Gujarat decided to call for an opinion from Bar Council of India.

Bar Council of India, affidavit-in-reply stating inter alia that for completing the procedure regarding enrolment of the petitioner as per the directions of the Court, an urgent meeting was called on 03rd March, 2016 after issuing notice to the petitioner to remain present on that date; petitioner expressed her inability to come to Delhi at such a short notice. It was further stated in the affidavit that therefore on 03rd March, 2016 Bar Council of India passed Resolution No.107 of 2016 resolving that Council was not in a position to inquire and investigate into the matter in absence of the applicant, therefore it was resolved to constitute a Committee headed by Justice R.C. Mankad, Retired Judge of High Court of Gujarat, and place a report before the Council.

The Committee rejected the request of the applicant for enrollment.

During the hearing the petitioner submitted that. with reference to the letters of the Corporation that even the Corporation termed her engagement as contractual only. She further submitted that she was never treated as an employee and was paying tax at source using form 16A which was for professional services and that in view of Section 194J of the Income-Tax Act, what was paid to her was was not the salary.

The Bar Council submitted that having regard to the nature of engagement of the petitioner with the Corporation and the conditions attendant to the engagement as legal assistant, it was not permissible to enroll the petitioner.

Rejecting the petition, the Court observed as follows;

“Looking at Rule 49 of the Bar Council Rules, it provides that an advocate shall not be a full-time salaried employee. The conditions attached to the contract of service of the petitioner with the Corporation are reflective of the nature of the employment. The employment envisages that services are required to be rendered during the standard hours of service as per condition No.2. Condition Nos.9 and 7 show that service as legal assistant rendered by the petitioner is a full-time job and attaches with it monthly payable amount of Rs.25,000/-. The petitioner joined the Corporation in the year 2012 and the contract has continued having been renewed on year- to-year basis till date”.

“From the totality of operation of the facts and considering the nature of the service contract of the petitioner with the Corporation, there is no gainsaying that the petitioner incurs debility in terms of Rule 49 as her employment could be characterised as a full-time salaried employment. As a result, refusal by the respondents to grant the petitioner enrollment and the certificate to practice law could be said to be eminently proper and legal”.