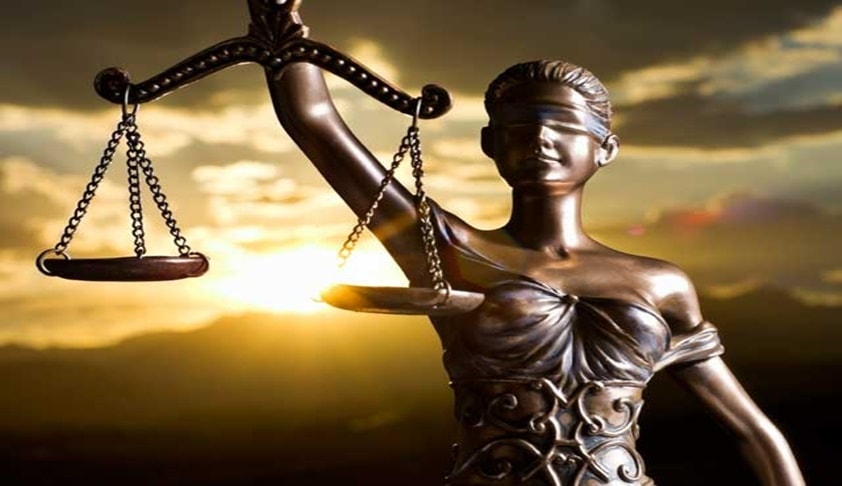 Structured Legal Training in India In India, the concept of a structured legal training for lawyers is absent. Any legal practitioner would agree that legal training is absolutely essential despite acquiring an LLB. A degree does not equip one enough to practice as a lawyer. Indian law students depend heavily on internships to learn about the profession. However, neither the quality nor...

In India, the concept of a structured legal training for lawyers is absent. Any legal practitioner would agree that legal training is absolutely essential despite acquiring an LLB. A degree does not equip one enough to practice as a lawyer. Indian law students depend heavily on internships to learn about the profession. However, neither the quality nor the duration of these internships are monitored or regulated.

Only a handful of Indian law firms have developed a structured training programme for young entrants into the profession. Further, there is absolutely no structured training for young lawyers joining the Bar directly. Young law graduates join a practicing lawyer to learn court craft after graduating from college and are expected to learn by observation, while being meagerly compensated or working ex gratia. Some cities in India, such as Mumbai, have a practice not to pay any money at all to such young lawyers while they are still learning court craft. Not only do such young lawyers struggle hard to make ends meet but also many such lawyers bring disrepute to the profession for their lack of knowledge and expertise in law.

This obviates the urgent need to develop a lawyers’ training program so as to standardize the training of future lawyers. Achieving this is critical to ensuring that lawyers’ attain a minimum level of legal knowledge and advocacy skills before they take on the responsibilities associated with representing clients before the courts. Additionally, the training plan has to be designed to increase public confidence in the legal system by setting clear ethical standards for the practice of law.

Legal training in the West

In most western jurisdictions, lawyers need to undertake a specific period of legal training before they can enter the profession. Upon completion of this training, the students need to clear an examination. Unlike in India, simply qualifying the Bar exam does not entitle them a sanad. Many law firms and law chambers in the west have developed their own training methods called training contracts or pupillages (that are approved by the Bar Council of that country) that train young graduates during this training period. During the training, the students work for the firm/chamber and are compensated well.

It is noteworthy that India too had a system of compulsory legal training of new lawyers entering the profession earlier. However, over the years this practice was abandoned and only a qualifying Bar Exam has been introduced to obtain the Sanad now. It is interesting to read how legal training in India has evolved over the years.

History of legal training in India

However, in 1973, the Amendment Act 60 of 1973, deleted the then existing clause (d) from sub-section (1) of Section 24. Meaning thereby, after 31st January, 1974, the State Bar Councils were deprived of their powers to prescribe a course of pre- enrolment training in Law and examination to be undergone by Law graduates who were seeking enrolment as advocates on the State roll. Amongst others the need for deleting the statutory provision regarding pre-enrolment training was highlighted by paragraph (iii) of the said statement of objects and reasons. It is profitable to reproduce the said paragraph as under :-

Pre-enrolment training - The Bar Council of India has decided that in future a degree in Law can be obtained only after undergoing a three-year course of study in Law after graduation as a result of which the age of entry into the legal profession becomes much higher than the age of entry in other professions. It is, therefore, felt that after a three- year course in Law in a University it is not necessary to retain the statutory provision in the Act requiring a further examination or practical training.

Further, practical training was suggested by the Bar Council of India for being included in the curriculum to be prescribed by the Universities for Law students under its powers under section 7(1)(h), and therefore it became redundant for providing further practical training before enrolment of such trained graduates in Law. That is precisely the reason why after January, 1974, the need for pre-enrolment training was not insisted upon by the legislature at the suggestion and on the recommendation of the Bar Council of India.

In the case of V. Sudeer v. Bar Council of India & Anr., the Supreme Court of India considered the following issues while deciding on the said Rules prescribing compulsory training of law entrants:

While considering the first issue, the SC had to decide whether what the BCI decided in 1973 can create any estoppel against the BCI in 1995. The SC held that the State Bar Councils had been ripped of their power to prescribe for compulsory training by the 1973 Amendment Act on the recommendation of the BCI. Further, the powers of the BCI as laid down under section 7 and section 24 of the Advocates Act, do not confer any power to prescribe for compulsory training. Thus, the said rules were ultra vires the statutory powers of the BCI. Since the SC decided that the BCI did not have the power to pass these Rules in the first place, therefore the remaining two questions were left unanswered.

However, the SC went ahead and expressed that “it was necessary to note that in the light of the experience of various Courts in which advocates are practising since the time the Advocates Act has come into force, the Law Commission of India and other expert bodies that were entrusted with the task of suggesting improvements in the standards of legal education and legal practitioners felt it necessary to provide for compulsory training to young advocates entering the portals of the Court rooms. Training under senior advocates with a view to equip them with court craft and to make them future efficient officers of the court became a felt need and there cannot be any dispute on this aspect.” Further, at the Conference of the Chief Justices held in December, 1993, it was resolved that the Hon’ble the Chief Justice of India be requested to constitute a Committee consisting of Honble Mr. Justice A. M. Ahmadi as its Chairman, and two other members to be nominated by Honble the Chief Justice of India to suggest appropriate steps to be taken in the matter so that the law graduates may acquire sufficient experience before they become entitled to practise in the courts. The said High Power Committee, after inviting the views of the Chief Justices and State Bar Councils as well as the Bar Council of India made valuable suggestions. Suggestion no. 15 of the said Committee read

“Entrance into the Bar after 12 months or 18 months of Apprenticeship with Entry Examination. For obtaining the Licence/Sanad from State Bar Councils it must be prescribed that one should secure at least 50 per cent or 60 per cent marks at the Bar Council Examination. 16. So far as the training under a Senior Lawyer during the period of one year or 18 months of apprenticeship, the Act or the Rules must stipulate that the senior must have at least 10 or 15 years standing at the District Court/High Court and the student's’ diary must reflect his attendance for three months in the grass root level in a civil court and for three months in a Magistrates court and at least six months in a district court. The Advocate in whose office he works must also certify that the student is fit to enter the Bar. Unless these formalities are completed, the student should not (sic) be permitted to sit for the Bar Council Examination.”

The SC also observed that “Unfortunately, the attempt made by the Bar Council of India by enacting the impugned rules has resulted into firing at the wrong end though backed up by a very laudable purpose.”

The Supreme Court ultimately suggested that the provision for compulsory training of law entrants should be enacted by following the legislative route wherein an amendment to the Advocates Act must be passed stipulating compulsory training of law entrants by a method of training and Examination as may be prescribed by the Chief Justice of India after considering the views of the Bar Council of India. The SC recommended suitable powers to be conferred to the BCI by law so as to enable it to prescribe uniform training requirements throughout the country. The SC further suggested that till the Parliament steps in to make suitable statutory amendments in the Act for providing pre- enrolment training to prospective advocates seeking enrolment under the Act, the Bar Council of India by way of an interim measure can also consider the feasibility of making suitable rules providing for in-practice training to be made available to enrolled advocates under section 49(1)(ah) of the Act.

The SC also expressed that pending the suitable amendments to the Advocates Act, the impugned Rules as enacted by the BCI can be suitably re-enacted by deleting the condition of pre-enrolment training to advocates and instead of treating them to be a hybrid class of trainee advocates with limited right of audience in courts, may provide in-practice training to already enrolled advocates at least for the first year of their practice as professionals. Such rules can also provide for appropriate stipend to be paid to them by their guides, if during that period such enrolled junior advocates are shown to have no independent source of income.

The Supreme Court in the case of State of Maharashtra v. Manubhai Pragaji Vashi, (1995) 5 SCC 730 had observed that “the need for a continuing and well organised legal education, is absolutely essential reckoning the new trends in the world order…”. In cognizance of this observation as well as the observations made by the Supreme Court in V. Sudeer v.Bar Council of India & Anr., the Government of India launched the ‘Rajiv Gandhi Adhivakta Prashikshan Yojna’ (RG Advocates Training Scheme) in 2011. The main objective of this Scheme is to give two months training to young lawyers practicing in lower Courts, so that they may serve the need of law professionals at the grass root level. This scheme selects 10 young lawyers from each state every year and provides training workshops. Not only are such workshops grossly insufficient, but also this scheme is limited in its scope as it targets lawyers at the grass root level. It does nothing to ensure proper legal training for ‘all’ lawyers entering the profession.

"Ms. Ojasvita Srivastava is the Founder of Project Abhimanyu, a pro-bono initiative working towards increasing access in the Indian legal industry. Project Abhimanyu encourages law firms to develop training programmes and would be happy to work with any firm that would like to develop its own training programme. For more information, please visitwww.projectabhimanyu.in or write to [email protected]. "