The Legend Of Padmini And A Humble Shishodia 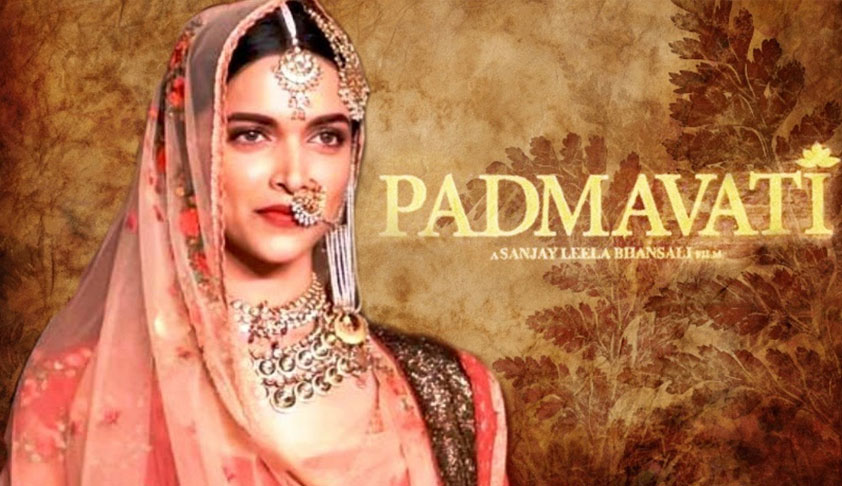 Memories from childhood rebound of so many visits to Chittor fort. A long climb winding through ramparts from Padan Pol (the first gate) to Ram Pol. You pass through desolate remains of Kumbha Mahal to climb up the Vijay Stambh, the tower of victory. The Mira temple used to be without any statute before a ‘swayambhu’ brand new Krishna in white shining marble appeared on own some time...

Memories from childhood rebound of so many visits to Chittor fort. A long climb winding through ramparts from Padan Pol (the first gate) to Ram Pol. You pass through desolate remains of Kumbha Mahal to climb up the Vijay Stambh, the tower of victory. The Mira temple used to be without any statute before a ‘swayambhu’ brand new Krishna in white shining marble appeared on own some time back. The Jain temples and Kirti Stambh, the tower of fame always fascinated for intricate work in stone carving. We enjoyed swimming in Gomukh, Chitrang Mori and other 'Bawris.' The look from that height and distance of cement factory bellowing white-grey smoke gave proud feel of modern progress. Pollution was not talked about those days. After obeisance to family deity at Diaree Mata we drove around on some motorcycle or open jeep. There was always Dal-Bati-Churma after a tired day.

Occasionally we also went to Kalka Mata temple where devotees offered alcohol to propitiate the goddess. At some distance from this temple was Padmini Mahal. We saw old faded mirror through which Alauddin Khilji had supposedly seen the legendary queen Padmini and got spellbound.  Sometimes we were told that Padmini lived in adjacent Janana Mahal on top of rocks surrounded by water body in which this notorious Sultan saw reflections of this legend of beauty and lost all senses. The spell had to be broken by Ratan Singh who escorted Khilji back.

Even now the very view of fort is awe inspiring. The ramparts not affected by time. The grandeur of Vijay Stambh, delicacy of Kirti Stambh and vast ruins of town once full of valour and pride can have no match. The lights on them in night creat majestic beauty. A new sound and light show takes you in trance. The sheer size of hill made somebody  say 'Garh to Chittorgarh baki sab garhieya'. So true even now!

Chittor is now a thriving city and population has increased manifold. The visits as grown-ups are less and less. A day or two are focused on some family event and brief stop at Diaree Mata. The chamber where fleeting image of beauty was seen by Khilji appears a cramped PWD structure done up in 30s for small English cantonement. The mirror not appears as old as 700 years. The lake where reflection of Padmini made khilji spellbound is dry. These stories look improbable to an adult eye. The topographic setting does not match the exaggerated license of a poet. Nonetheless, the stories are stories and give life to decrepit Khandhars.

The story of Padmini is attributed to sufi poet Jayasi who lived about 200 years after Allauddin Khilji. It is said that Jayasi created this allegory to tell us about the Maya of lust, greed, honour and bravery through an epic fantasy. There are other accounts and artifacts with several missing links. The best claim to historicity of Padmini is through accounts of oral history  which has so many versions depending on who was the master of the bard. There have been movies, books, comics and plays earlier about Padmini. Nobody claimed the ownership of legend nor objected to skepticism about the greatness attributed. At its best, the legend talks of medieval sense of honour through women in ‘Parda’. It eulogizes ‘Sati’ collectively called ‘Jauhar’. There is a point of view that defeated army was still noble because women immolated own self. These are some of the regressive set of ideas no modern woman would aspire to emulate. But still its a great comment on ephemeral nature of our ambitions, conquests and their excesses.

The movie now in controversy is not seen by any of the critics. One Chief Minister says movie maker is guilty and must be punished. What is the crime about having this or that view of history, if at all there are different views? Yet few others CMs join and declare the ban.  A lot of things are imagined like a Rajput princess cannot be shown dancing. It hurts the pride of upper caste Kshatriyas now on political margins with rise of other classes. The collective memory is not clear about the true history. So nobody knows how distorted is the version in this movie. Yet they say history is distorted so the censor board has discovered new mandate to appraise what has been the correct history. They demand that Karni Sena and others must see it first even before the censor board allows screening. A self appointed brigade of guardian who are not able to articulate the damage they see to their value system by just a movie. The State Governments are stated to be scared of law and order and wish to respect sentiments. The centre encourages them for scare mongering. In politics of day what pays electorally cannot be sacrificed for constitutional obligations of Government to protect freedom of speech and right to offend as part of it. To curb free speech is not anti-national, so nobody asserts police power against those who give open threats to movie makers, director, actors et all. Few who dare to speak are shouted down with trolls and other attacks. All because some people say they are hurt and you keep wondering by what. There is no narrative in alternate to ideas in the movie, whatever those ideas may be. There is no contest of ideas except noise for a ban on ground of social cohesiveness.

The politicians of all hue cede to mass frenzy. In polarized atmosphere whether it is Salman Rushdie or Sanjay Lila Bhansali no dialogue, reflection and openness is possible. Who is bothered to see if the movie really offends the sensibilities even of regression. A section of community may still take pride in practice of Parda, Sati and less educated females subdued with family virtues. It may treat them more as object of honour then accord honour of education, equality and freedom. The trailers of movie do not question but only reinforce these ideals. The Muslim characters appear villain enough. Yet this vocal small section is able to create political uproar. Nobody wants to call the bluff!

It is said some of my ancestor converted to Jainism and peaceful life of trade and commerce. So a Shishodia from Chittor is relieved of the burden to carry false pride of heritage, a glorious history and frenzy of mass movement to hate the Muslim conquerors of yore. Nor one has to hate the present generation of innocent Muslims for whatever their ancestors might have done.

Should my ancestors be cursed or praised for their wisdom to convert as Jains to buy peace! Maybe they were also disgusted by bigotry of their days. And how next generation will treat this conversion!! Hopefully, they never go back to this version of Rajput pride.

Pallav Shishodia is a Senior Advocate at Supreme Court of India.