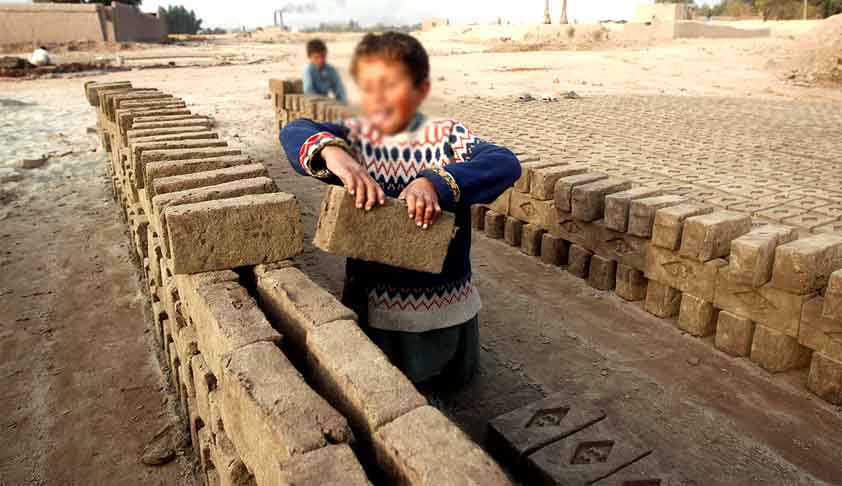 The introduction of the proposed amendment, ‘the Child and Adolescent Labour (Prohibition and Regulation) Act (CALPRA), 1986 with its radically-faulty approach has challenged the constitutional objective of elimination of child labour in India. This proposed legislation has been passed by both houses of Parliament without examining the reasons for child labour or examining the reasons...

The introduction of the proposed amendment, ‘the Child and Adolescent Labour (Prohibition and Regulation) Act (CALPRA), 1986 with its radically-faulty approach has challenged the constitutional objective of elimination of child labour in India. This proposed legislation has been passed by both houses of Parliament without examining the reasons for child labour or examining the reasons for failure of enforcement of existing legislation on child labour, the Child Labour (Prohibition and Regulation) Act (CLPRA), 1986. The census data of 2011 that there are 35.3 million child labourers between the age of 5 to 19 years (completion of 18 years of age), states the gravity of issue in India.

The argument that ban of child labour is unrealistic considering socio-economic reality is the basic premise of CLPRA that only prohibits child labour in certain occupations. This argument negates the vicious cycle that perpetuate ill health and poverty of young children and adults(Economic and Political Weekly, September 29, 2012). The meagre income that the child brings in to the family may be crucial for the survival of the family. However, their submissiveness makes them easy subjects of exploitation at labour market. They would be paid lesser and put to harsher conditions at work. The role of economic source of the family pressurise them to depend on their employment and this even leads to bonded labour of children. The children should not be at the receiving end for incompetent enforcement machinery under the existing legislation and the flood gate of ‘flexibilities’ in the proposed legislation.

One of the predominant problems that child rights movement has noted is lack of enforcement of laws relating to child labour. The question of law enforcement can be approached from two points of view- one, by looking at technical provisions contained in the specific legislation, the legal machinery of enforcement such as inspection departments and court procedure and secondly, considering the impact study of the existing legislation and suggesting recommendations for better enforcement.

The current CLPRA, 1986 has provisions relating to Inspectors and judiciary for enforcement of the provisions of the legislation. The enforcement mechanism seems to be half hearted for the reason that the power of Inspector is only in relation to verification of the age of the child in the establishment. Inspector is not provided with any express power to investigate working and living conditions at regulated work places. Though Sec. 13 (2) of the Act directs the Rules to deal with items relating to Health and Safety, the Child Labor (Prohibition and Regulation) Rules, 1988 has not provided any provision on the same. The lack of provisions on protection of children from health and occupational hazards at regulated work and on checks on their working conditions leaves their life at the hands of the employer.

This has led to loopholes in ‘penalty’ provisions. The penalty is being prescribed only for employment of children but not for worse conditions at work. As this legislation regulates/permits child labour at certain occupations, the enforcement mechanisms should be given powers to inspect conditions at work of children. The existing legislation fails to care and protect by providing express provisions relating to rights of children at work. There is no mention about their welfare, social security benefits or protective rights.

The proposed legislation expressly allows for employment of children below 14 years at family or family enterprises other than hazardous enterprises and it permits employment of adolescents in occupations other than hazardous occupations or processes. The Bill has ignored the recommendations of the Parliamentary Standing Committee on Labour in its 40th Report of December 2013 that such a provision would lead to misuse of the provision and increase in child labour considering the lack of monitoring mechanisms and laborious process of checking children working in their homes. It was even pointed out that proving of fact whether the children were merely helping the parents or working to supplement the family income would be difficult. In order to deal with this criticism, it has been provided under Sec. 17 B of the CALPRA that there would be periodic inspection to employment places where child labour is prohibited and monitoring of issues relating to provisions of the Act. The section is very general and loosely worded without any specifics. Neither has it talked inspection and monitoring of conditions at work of children and adolescent where their work is only regulated nor about inspection of children at work in family enterprises. The exemption under CLPRA that even filing of notice to the inspector informing the employment of child labour by the employer once his/her family is engaged is still continued in CALPRA to the worse for the children.

Any legal provision that allows child labour in family enterprises paves way for forced labour against his/her wish to pursue other interests in life. The early exposure to a pattern of employment/work also takes away their innovative or recreational minds and results in waste of young talents. The justification for this provision is conservative argument that a child supposed to help the elderly or support the family considering the socio-economic reality of the family. The legalisation of value system which is natural and obvious to family environment as its misuse would be large in Indian context. It is absurd to impose labour on a child for the economic benefit of the family.

Legitimisation of child labour in “family enterprise”, which is defined as “any work, profession, manufacture or process performed by the family in engagement with others”, would definitely lead to forced child labour. It is understood from the definition that children can be engaged in domestic tasks, and also in any labour activity where a family member is involved. It can be in a factory (other than mentioned in Schedule), agricultural work, home-based work, artisanship etc. In both rural and urban space, this provision would lead to promotion of caste based occupation and hegemonic social structure. The analysis of the current and proposed laws relating to child labour clearly shows lack of provisions relating to protection of children at regulated workplaces and inspection and monitoring systems on them. The new legislation doesn’t give much hope without addressing this perennial issue. A shorter version of this article is published in Deccan Herald.