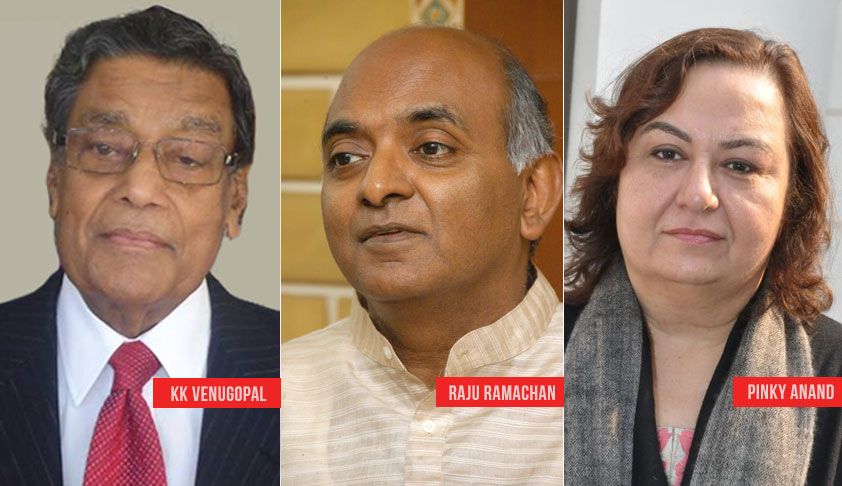 The Supreme Court on Monday sought to know from Attorney General K. K. Venugopal the feasibility of advancing a suggestion to the Legislature to pass an affirmative law conferring rights and benefits on persons suffering from leprosy and deeming as repealed all statutes, rules or regulations running counter to it which attach a social stigma to the disease.

After being informed that upon the administration of the first injection under the Multi-Drug Therapy, leprosy ceases to be contagious and that persons who have lost their limbs can be rehabilitated into the mainstream of life and society by way of plastic surgery and artificial limbs, the bench of Chief Justice Dipak Misra and Justices D. Y. Chandrachud and A. M. Khanwilkar invited suggestions from the AG and Senior Counsel for the petitioner, Mr. Raju Ramachandran, to issue directions, pending a law, to secure to the people inflicted with the disease their right to a life of dignity and decency.

“In some cases, there is no deformity at all. No one can tell that the person has suffered from leprosy...however, there are also those who have no noses but only holes, no fingers but only stubs. Their discrimination has to be prevented...Tamil Nadu has 15-20 colonies of lepers who have been isolated. This ostracisation has to be done away with and these people have to be brought back into the mainstream...surgery is the only means of rehabilitation in some cases...”, submitted the AG.

Advancing that employment is the single most important concern, the AG contemplated the categorization of patients on the basis of their educational qualifications in the endeavour towards their rehabilitation.

“If persons suffering from leprosy are to come into the mainstream, they have to have State protection...it is the duty of the collective and hence, the State”, asserted the Chief Justice.

“At the initial stages, when the spots first appear, people tend to hide the fact (for the fear of ostracisation) that they have contracted the disease. They have to make themselves available for treatment...this mindset has to develop...”, observed Chief Justice Misra.

Stating that India accounts for 52% of the leprosy cases world over, the AG on Monday imputed the manifestation of the disease to a low immunity, poverty and filthy living conditions, which spreads on account of a lack of awareness. Mr. Ramachandran advanced that the disease has also appeared in affluent households, though in a negligible number of cases.

On July 5 as well, the apex court had recommended that the Union of India, as well as the states, take steps to repeal such provisions of legislations that represent leprosy as being non-curable and contagious. The bench had also passed a string of directions aimed at sensitisation, treatment and rehabilitation.

Earlier on Monday, ASG Pinky Anand had submitted that the exercise of deletion of the discriminatory provisions was ongoing in several departments, that while the draft of the Chennai Metro Rail Rules had been forwarded for approval, the Motor Vehicle Rules were expected to take more time. Subsequently, the Chief Justice had required the presence of the AG.
Next Story
Similar Posts
+ View more
Webinars
+ More
Law Firms
+ More
Latest News
+ More
लाइव लॉ हिंदी
+ More
International
+ More
Environment
+ More