There Is Less Creative Freedom In Today's India Than At Any Time Since The Emergency, Says Historian Ramachandra Guha In His New Book 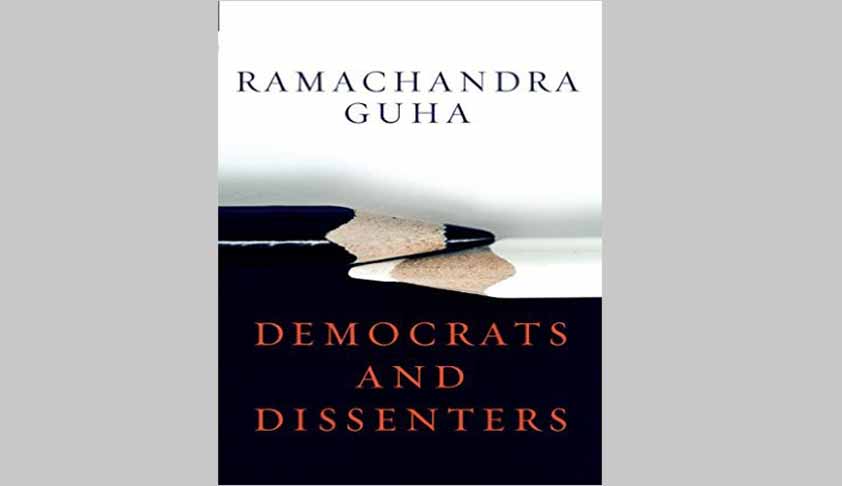 DEMOCRATS AND DISSENTERS. By Ramachandra Guha, Allen Lane, Penguin Random House India, 2016, Rs.699, Pages 317.Ramachandra Guha is a preeminent thinker of our times. His latest book, Democrats and Dissenters, quite naturally rises our curiosity about his views on contemporary issues. Readers of this book may be familiar with some of his observations, which he has expressed in his columns...

Ramachandra Guha is a preeminent thinker of our times. His latest book, Democrats and Dissenters, quite naturally rises our curiosity about his views on contemporary issues. Readers of this book may be familiar with some of his observations, which he has expressed in his columns in newspapers from time to time. But they are sure to find this book much more than what Guha could articulate in his columns, limited as they are by space and scope.

Guha begins the book with an apt quote from historian, Benedict Anderson: “No one can be a true nationalist who is incapable of feeling ashamed if her (or his) state or government commits crimes, including those against their fellow citizens.”

The book’s structure suggests that Guha is more inclined to see the contemporary times in terms of two major prisms, namely, the socio-political situation as it obtains in India, without divorcing it from the rest of the world, and the intellectuals, who have had some influence or the other on his understanding of India and the world.

Those who appreciate the diversity of India are of two kinds; they may either understand it as a phenomenon, which is intrinsic to its history and geography, and those who experienced it, and therefore, are sensitive to it. Guha belongs to the latter category of scholars, who take pride in acknowledging how this experience has, over the years, moulded his thinking and perception of India.

He observes in the Preface: “The Republic of India was the most recklessly ambitious political experiment in human history. The essays in this book explore various facets of this experiment, using a mixture of sociological analysis, historical research and personal experience.”

A reader of the book may find that in this mixture, what abounds is Guha’s personal experience, more than the other two.

In the chapter on the Indian National Congress, and its declining influence in Indian politics, Guha observes that the party would be compared with the Liberals in Great Britain, a once great party that has become a marginal player in its nation’s politics.

However, even as Guha concludes that it is very unlikely, if not impossible, that the Congress can ever become the dominant pole of Indian politics again, he doesn’t offer a guess as to which party will take its place – like the Labour party did when the Liberals disappeared from the British political scene.

Thus while Guha fees that the Congress may disappear, and may deserve to disappear, given the abysmally incompetent and self-serving leadership it has had in recent decades, the political theorist in him, does not answer the question, how the same leadership crisis in other political parties does not make one draw a similar inference about their future.

The second chapter on Eight threats to freedom of expression in India, begins with an appropriate quote from George Orwell: “If liberty is to mean anything at all, it means the right to tell people what they do not want to hear".

According to Guha, it is not just imperfect laws, but the complex interplay of social forces, ideological biases, and political choices that inhibits freedom of expression in India. In the introductory paragraphs of this chapter, Guha makes it clear that he is in agreement with Gandhi that freedom of expression is fine as long as it is not accompanied by use or advocacy of physical violence against anybody.

Guha recalls that in 1929, Gandhi wrote a stirring editorial in Young India calling for a countrywide agitation demanding the repeal of Section 124A. The section, Gandhi noted, constituted “a rape of the word “law”; it ‘hung over our heads, whether we are feasting or fasting.’ Section 124A was ‘established by the naked sword, kept ready to descend upon us at the will of the arbitrary rulers in whose appointments the people have no say.’

Guha then reflects on what made our new rulers to retain this obnoxious provision. At a time when even the Supreme Court examined whether the defamation case filed by a RSS functionary against the Congress vice-president, Rahul Gandhi for the latter’s remark that RSS people killed Mahatma Gandhi, merited a detailed hearing, Guha observes: “The murder of Gandhi on 30 January 1948 by a fanatic acting ostensibly on his own, but in fact part of a wider political movement to make India a Hindu Pakistan.”

Guha suggests that Nehru, Patel and Ambedkar were acting under great duress, and this partly explains why they brought forward the First Amendment to the Constitution, amending Article 19(2), placing reasonable restrictions on freedom of expression, adding new grounds like ‘friendly relations with foreign States’ and ‘public order’. Guha adds that the First Amendment reintroduced the power of the colonial laws which the Constitution had tried to remove or supersede. The amendment allowed the government much leeway in suppressing dissent and criticism, but the courts little leeway in protecting it.

Guha is equally critical of laws like ‘The Prevention of Insults to National Honour Act, 1971’.

The second threat, says Guha, is constituted by imperfections in our judicial system, which makes the access to appellate remedy for those harassed by the process of lower courts, misusing such provisions, a time-consuming affair.

Guha’s other threats to freedom of expression include the rise of identity politics, the behaviour of the police force, the pusillanimity of politicians, dependence of the media on government and commercial advertisements, and careerist or ideologically driven writers.

Guha could have added one more to this list: Supreme Court’s flawed judgments. A 2015 judgment by Justice Dipak Misra that artistic freedom cannot be used to lampoon icons like Mahatma Gandhi, was one such interpretation from the Apex Court which resulted in the addition of new grounds to justify restrictions over freedom of expression.

Justice Dipak Misra’s recent judgment upholding the constitutionality of Section 499 of IPC, has also come in for criticism by scholars.

However, Justice Dipak Misra, must be hailed for exhorting all authorities to strictly follow the judgment in Kedar Nath case, which lays down that any criticism of Government cannot be held seditious under Section 124A of IPC.

The book’s 16 chapters are evenly divided between the two parts, Politics and Society, and Ideologies and Intellectuals.

Readers of Livelaw, who would like to go beyond their interest in law, in understanding contemporary issues, would find the book fabulous.

"This article has been made possible because of financial support from Independent and Public-Spirited Media Foundation.