“A Lethal Blow To The Rule Of Law”: Legal fraternity On Justice Jayant Patel’s Resignation 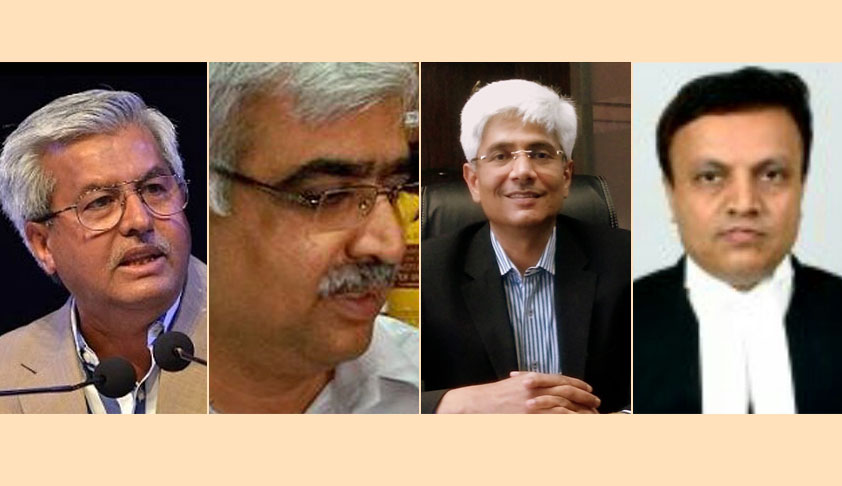 Karnataka High Court Judge, Justice Jayant Patel’s resignation has come as a shock to many, especially in view of the chain of events that led up to his resignation.It has been speculated that Justice Patel has been paying the price for directing a CBI investigation into the controversial Ishrat Jahan fake encounter case.Reacting to the resignation, Senior Advocate  Dushyant Dave...

Karnataka High Court Judge, Justice Jayant Patel’s resignation has come as a shock to many, especially in view of the chain of events that led up to his resignation.

It has been speculated that Justice Patel has been paying the price for directing a CBI investigation into the controversial Ishrat Jahan fake encounter case.

“Justice Patel is an outstanding judge and human being. He was honest to core and very courageous. He stood firm for citizens, especially under privileged ones and sufferers of Government’s abuses. He did not buckle under pressure from the Government, especially Gujarat Government, then from Centre. He deserved to be the Chief Justice of the HC and a Judge of the SC, perhaps more than many.

His victimization by the executive aided by the spineless collegium reflects state of the judiciary today. It is a very sad moment for all of us who love judiciary and the rule of law. I bow to him with folded hands and pray that his example opens eyes of those in power in executive and judiciary for a better nation.”

Mr. Dave had advocated for elevation of Justice Patel to the Supreme Court or as the Chief Justice of an important High Court in an article dated 16 March, 2017 published in The Wire as well. He had then written:

“The careerist judges are a bigger threat to the independence of a judiciary. However, Jayant Patel is an exception who placed his self respect above his career prospects and eventually paid for it which is unfortunate.

Patel’s non elevation as CJ of an HC (which is rather automatic than elevation to SC) constitutes a gross political interference from those who are in power. The names are obviously obvious.

But, none in the legal profession at national level stood up in support of Patel is a worrying factor. The Bombay lobby which is always in the forefront to resist politicization of judiciary appears to have unfortunately overlooked what was done to Patel.”

Advocate Asim Pandya, President of the Gujarat High Court Bar Association also condemned the behavior meted out to Justice Patel and said: “A lethal blow to the rule of law. If Judges are to be punished for their judgments in this fashion, the fundamental rights of citizens will just remain on paper.”