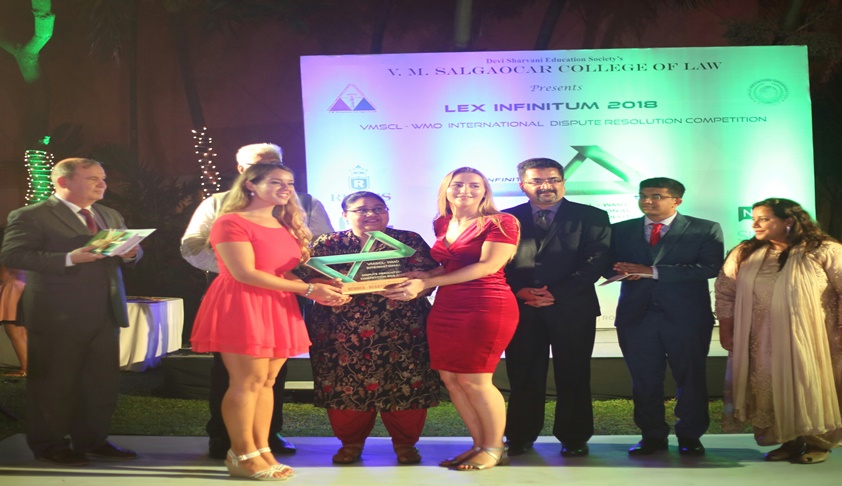 Justice Nutan Sardessai congratulated the organisers for their initiative to propagate the idea of mediation as a mode of dispute resolution across the country. “Mediation was a mere flicker of light in the Indian legal system”, she stated, “but is now growing and becoming more prominent.”

Comparing the results of mediation with that of litigation, she expressed that unlike producing one winner and one loser through the process of courts, mediation gives rise to a win- win situation and provides great solace to litigants who await and yearn for court decisions.

The winners of the international competition were honoured at the hands of Justice Nutan Sardessai. The Best Mediator Award was bagged by School of Law, Christ University, Bangalore, followed by Maharashtra National Law University, Mumbai as the runners-up. The Best Negotiating Team Award went to the University of Kent, UK, followed by Government Law College, Mumbai, as runners-up.

WMO representative Dr Roland Wilson congratulated every person who was a part of and a supporter of the event. President of Lex Infinitum 2018 Mr John James Samuel presented a report of the preparations of the event.

VMSCL principal Dr MRK Prasad proposed the vote of thanks.