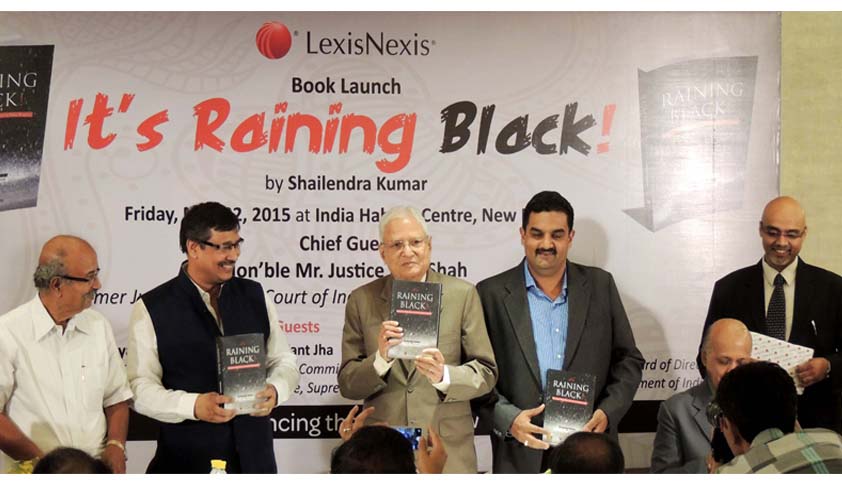 The Book-launch event was held at India Habitat Centre, New Delhi and saw the presence of several eminent jurists, bureaucrats, administrators, and many other distinguished guests and professionals from the fields of Law, Tax and Media.

Chief Guest Mr. Justice MB Shah, former Judge Supreme Court of India and Chairman SIT on Black Money spoke about the strong linkage between corruption and black money and the need for enactment and enforcement of law to curb the same. Guest of Honor Dr. Justice Arijit Pasayat, former Judge, Supreme Court of India and Vice Chairman SIT on black money also mentioned about the need to have zero tolerance against corruption and to work towards getting the legitimate dues for the betterment of society.

Mohan Ramaswamy, Managing Director, LexisNexis India said, “Publishing this book on Black Money - a topic of national significance is a part of our continuous endeavor to improve transparency and advance the rule of law through our works and solutions that make professionals become more efficient, drive debates and discussions and fuel intelligent thoughts and action.”

Mr. Shailendra Kumar elaborated on the reasons for authoring the book and said, “This book is an outcome of seven years of journey that I undertook in deciphering several aspects of black money at different points of time. The book ties two extreme ends. On one end lies the evil of corruption, the basis of black money and on the other end is the fortress of tax havens, bank secrecy laws and lack of cooperation from international jurisdictions.”

The book is spread over eight chapters dividing the analysis into two broad aspects, first, the domestic perspective and secondly, the international arena. The underlying theme of the book is that unless domestic generation of black money is curbed, our gallant efforts to retrieve wealth from tax havens would not meet with much success.

It throws a different light on the Black Money (Undisclosed Foreign Income and Assets) and Imposition of Tax Bill, 2015 and raises significant questions for severe consideration by the Government.

Know more about the book here.