The Life And Times Of Justice V R Krishna Iyer 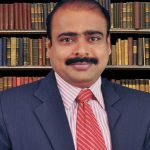 Justice V R Krishna Iyer (1915-2014) had it all that takes to be the cream of the crop among his contemporaries in terms of judgeship, statesmanship, leadership and much more that shaped him up as a dynamic legal practitioner, prominent legislator, minister for key portfolios in Kerala, member of Indian Law Commission, Judge of High Court and later of Supreme Court. He who began his...

Justice V R Krishna Iyer (1915-2014) had it all that takes to be the cream of the crop among his contemporaries in terms of judgeship, statesmanship, leadership and much more that shaped him up as a dynamic legal practitioner, prominent legislator, minister for key portfolios in Kerala, member of Indian Law Commission, Judge of High Court and later of Supreme Court. He who began his legal practice as an advocate in 1937 at Taluk level subordinate court in Telliserry, Kerala beseeched, defended and argued in the trial and appellate courts and engaged in debates in the matter of legislation processes at Madras Presidency and Kerala Legislative Assembly. Having acquired training in the art of drafting recommendations and reports while serving as a member of Law Commission (1971-1973), he also had the privilege to witness the pre and post constitutional courts, adjudicatory process and legal developments. He stands distinguished among his contemporaries for his versatile knowledge coupled with considerable experience in litigating, legislating and adjudicating multi phases and procedures of law. With this worldly exposure, he decided cases and rendered justice to the deserving.

There were times when this multi-faceted genius had been bowled over by adversaries as in the early days of his public life, he was imprisoned for one month for a political cause and his speech rendered during his post-retirement life held him in contempt followed by a proceeding in the High Court. On a striking note, the court did not punish him for the latter but conferred encomium and the speech was declared an extensively well informative academic exercise within the contours of permissible criticism.

He adorned the Bench of High Court, Kerala and also served as the Judge of Supreme Court for three years and seven and a half years respectively. He administered an equal number of years as a legislator (MLA) and as minister. Yet, people calls him with the haloed prefix ‘Justice’ and his hard earned fame made it an integral part of his real name. In his tenure of less than eight years in the Supreme Court, Justice Krishna Iyer pronounced more than 700 judgments of which a greater number were progressive and had set a new trend in the judicial governance. Interestingly, he had never delivered dissenting verdicts and had not struck down any of the major provisions of law as null and void. Even in the promulgation of Muthamma case, a legal literature on misogyny, he raised a question Him can - Her Cannot How? And thus removed the gender inequality and declared Rule 18(4) of the Indian Foreign Service as void and unconstitutional.

The pro-poor prolific pronouncements he penned while in the Bench have opened the doors of apex court to commonalty and the grave hurdle of financial disability to pay the court fee has been removed. Prior to the amendment in the Motor Vehicles Act (MVA), the legal heirs and dependents of road accident victims had to pay the court fee to claim compensation, like a litigant seeking recovery of amount due under a negotiable instrument. If not affordable they have to sue as paupers under the Code of Civil Procedure. When the High courts have denied the road accident victims to sue as indigent litigant on the ground that the relevant provision would not be applicable for tribunals, he rejected those arguments and held that ‘the poor shall not be priced out of the justice market by insistence of court fee by refusing to apply the provisions of exemption’. He suggested that a high level government body monitor the process of automobile manufacturing and creation of Highway Ombudsman with plenary powers of from nuts and bolts to blood and bones of accident relives and punitive counts as preventive and curative reliefs to the road traffic victims.

Unequivocally and equitably, he exercised his onerous responsibility of adjudication of cases and interpretation of laws. Though there has been a flimsy criticism that his judgments had partial influence of his political and non-legal ideologies, a conjoint reading would prove that the perceptions incorporated were convincing enough and had enlightening aspects deriving a logical conclusion. In the Maneka Gandhi case which dealt with Right to Travel under Article 21 of constitution, Iyer journeyed further and highlighted the importance of travelling abroad. He propounded a philosophy that travel is not a casual facility but a core liberty.

When a warrant for civil arrest and detention was issued against Jolly George Varghese, an impecunious debtor who had already suffered two money decrees against him knocked the doors of apex court, Justice Iyer spoke on behalf of the Bench and laid foundation for poverty jurisprudence. He invoked the International Covenant (ICCPR) in the Indian legal parlance and upheld that no one should be imprisoned merely on the ground of inability to fulfil a contractual obligation. His innovative interpretations of Section 51 and Order 21 Rule 37 of Code of Civil Procedure paved way for postulating the theory of ‘economic justice’, a mandatory mantra in the preamble of the constitution.

Justice Iyer drafted the judgments using unusual words in an uncustomary style for which he had been grimly criticised but he never acceded to any and progressed his way. He received bouquets rather than brickbats from the Bench and Bar in India and abroad, appreciating the precise narration of facts and laws, quoting relevant literature from non-legal text books. In 1974, he penned a separate but concurring judgment in Shamesher Singh case which dealt with the powers and duties of President, governors and the cabinet system. Even after four decades of myriad changes and upheavals in politics and governance, this remains as a report sketching clearest exposition of the cabinet government in Indian polity. For the beautifully crafted verdict in Shamsher Singh case, Iyer received appreciation from an unexpected corner. It was from his wife, who heard the dictation.

Justice Iyer’s judicial pronouncements caused an indelible impact in the prison administration as well. Perhaps, for the first time in the annals of history, he along with two other Judges of Supreme Court visited Tihar Jail, the largest prison complex in India, also in South Asia. Abolition of the practice of hand-cuffing and foot-cuffing the prisoners and solitary confinement are two tremendous achievements that humanized the Indian prison jurisprudence by dint of their decisive efforts. The segregation of under trail and convicted prisoners and directions for expeditious disposal of cases of the pre-trial prisoners are the greatest reforms introduced by his landmark decisions.

In both the cases of Ediga Annamma and Rajendra Prasad, Iyer delivered that death penalty be dissolved and substituted the same with life sentence. The pronouncement weaved a heated debate in the legal fraternity and the then Chief Justice sought an informal explanation from him. These verdicts have re-written the sentencing policy, an underdeveloped branch of criminal jurisprudence in India.

No red carpet was rolled out and instead a tempest awaited him when he was elevated as the Judge of Supreme Court on 17th July, 1973. The leaders of political parties opposed the move. Another unanticipated step was when a section of the Bar routed a complaint to the President stating apprehensions concerning Justice Iyer’s post in the Supreme Court. Justice Iyer’s unbiased adjudication of cases, unaffected by the political ideologies he followed as a public representative, humane approach, creative interpretation of laws, propounding of theories for the welfare of people and to safe guard their rights have falsified the apprehensions as futile and baseless. As assessed by Prof. Upendra Baxi, the landmark decisions rendered in Justice Iyer’s tenure have metamorphosed the Supreme Court of India to Supreme Court for Indians. The Supreme Court Bar Association (SCBA) judged the valuable contributions of Iyer and handed down a unanimous declaratory verdict on the day of his retirement on superannuation. It reflects the love, respect and admiration they had saved for a distinguished judge of the nation. The judgment on a judgment-maker by the lawyers reads that on Thursday, 15th November, 1980, when the weather was crisp and bright in Delhi but the Court Hall No.3 where Justice Iyer sat was loaded with humid air, viewed by moisturizing eyes of great lawyers and leaders of the Bar, because a great intellectual was sitting in the court for the last time. The erstwhile foes who opposed his elevation with institutional inclination had become his friends and admirers and celebrated him as an asset of the supreme constitutional institution.

His judicial decisions raised curtains, changed the old scene and set a new trend in the justice dispensation. Above all, even after four decades none of them overruled. Still, they serve as primary tools for legal profession, help the lawyers and judges to breathe a fresh air in the legal arena and provide reliefs to the litigant public. This is the power, magic and effect of the value added verdicts of Justice V.R. Krishna Iyer.

The superannuation fixed by the constitution precluded him from pronouncing de jure orders but promoted the contribution of voluminous extra –judicial writings running more than ninety books. These legal texts are recognized as de facto precedents and luminous guiding stars for judicial governance by scholars around the world.

However, He did not accept any post-retirement assignments from the governments and lived as a committed activist for good cause. The candidature for the high office of President of India gave him the estimable opportunity to meet and interact with leaders of various political parties. It was yet another rare electoral battling experience he lived through after retirement.

Justice Iyer breathed his last on 4th December 2014. Perhaps, he was the first retired Judge of the Supreme Court of India who received a ceremonial cremation with State honours. To sum up, his life was an anthology of noble vision, committed to the cause of justice to common man, cultured with rich and versatile experiences, a career that still beams in colours noted for his valuable contributions to the nation and humanity. It is indeed unique and laudable in all ages.

(Excerpts from the lecture delivered in the Knowledge Leadership Forum, Law School of SASTRA University, Thanjavur, on 13th September,2016). L S Sathiyamurthy is serving in the Trail Judiciary, as Chief Judicial Magistrate Thiruvarur, Tamilnadu. He has authored book ‘The Voice of Populist jurisprudent- The Progressive pronouncements of Justice V R Krishna Iyer’ in the year 2014. And some articles in the law journals on Justice V R Krishna Iyer and his contributions.