‘Litigation Is The Last Resort When Governments Completely Disregard The Rule Of Law’, Says Namita Wahi, Lead Author Of Report On Land Acquisition Litigation In India 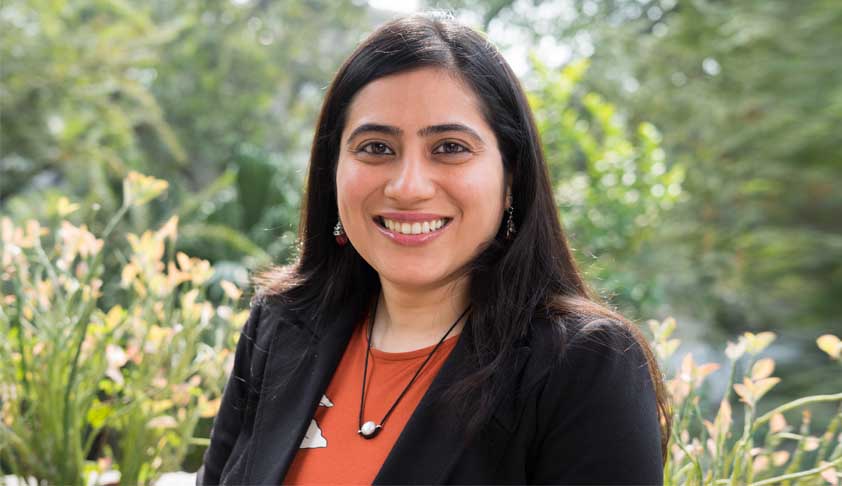 The Conference on Land Rights, Land Acquisition and Inclusive Development in India, held at India International Centre, New Delhi, on March 2 and 3, under the auspices of the Centre for Policy Research Land Rights Initiative, and the Centre on Law and Social Transformation, Norway, brought together as many as 20 delegates representing a cross-section of civil society, as well as civil servants involved in policy-making.

What followed was brainstorming for two days on various aspects of land rights, land acquisition and inclusive development in India, with activists, scholars, and stakeholders actively participating in the discussions that followed detailed presentations by the speakers.

LIVELAW: To begin with, please tell us about the significance of the Report on Land Acquisition in India, released at the conference.

NAMITA WAHI: The CPR Land Rights Initiative Report on “Land Acquisition in India” is a systematic and comprehensive study of all land acquisition cases decided by the Supreme Court over the period 1950 to 2016, that is, from the time the Supreme Court came into existence till date. Since the SC hears cases from all courts in the country, the database of 1269 cases that the study relies upon, is comprehensive and representative both in terms of its geographical scope and the nature of the issues being litigated over time.

The Report is important because there has been intense and continued social, political and legal contestation over land for several decades. The Right to Fair Compensation and Transparency in Land Acquisition, Rehabilitation and Resettlement Act, 2013 was enacted to address the concerns that emerged from such contestation and had been noted by the Law Commission in its report in 1958.

However, within a year of the Act coming into force, we have seen continued attempts on part of the government to subvert the law, first through ordinance and now through state amendments to the law. Yet, systematic data to evaluate the provisions of the LARR Act, 2013 and the new policy and legal initiatives introduced by the government since 2014 has been conspicuous by its absence. This Report is an attempt to fill this gap.

LIVELAW: There was a sharp cleavage of opinion among the stakeholders at the conference, especially on the scope and limits of litigation as a tool to redress the grievances over acquisition of land. Overall, those who participated appeared to be not sanguine at all about relying on litigation. How would you sum up the deliberations in the panel?

NAMITA WAHI : There are some preconditions for claimants to pursue litigation to resolve their claims. The first precondition is access to courts, which includes both physical proximity and the ability to pay the costs of litigation. That is why, in our report we find that about half of all litigation comes from Delhi, where the Supreme Court is situated, and the states of Haryana, Punjab and Uttar Pradesh which border Delhi.

When we look at the district wise representation of litigation, more than half of all litigation comes from twenty districts that are all urban. Some of these are also state capitals, whereas others are commercial centres. So, obviously, litigation is not a viable option for those who cannot access the courts for either reason, lack of geographical proximity or financial ability. This is particularly the case in rural areas and the Scheduled areas. The stakeholders were near unanimous in agreeing with these conclusions about the limited reach of litigation in such areas.

But what the Report brings out very strongly and some of the stakeholders also agreed on was that in a situation where the government, both the executive and state legislatures are acting in complete disregard of the rule of law, litigation does end up being the last resort for even the more deprived and impoverished sections of the population.

LIVELAW: You have taken Gujarat, Andhra Pradesh, Chhattisgarh and Meghalaya as samples for your detailed study of the political economy of land rights in the scheduled areas of India. What are the findings from the study, and what do they suggest?

NAMITA WAHI: The central question we are trying to answer in our research with respect to the scheduled areas is this: why, despite the existence of constitutional and legal provisions safeguarding the rights of tribals to land, they continue to remain the most vulnerable and impoverished sections of the population?

When we began to answer this question, we realised that we lacked basic primary information in order to evaluate this question. For instance, we didn’t know what percentage of India’s geographical area is within the Scheduled areas, or what is the percentage of tribal population to non tribal population within the Scheduled area districts of different states.

So, we spent several months putting together this basic information from Census data. I can now tell you that 10.5% of all of India’s geographical area is designated as Scheduled areas. We also know that despite the fact that the Scheduled areas are designated tribal majority areas, less than 30% of the population within the Scheduled area districts is tribal population, while almost 70% of the area is inhabited by non tribals.

It took us several months to access the Governor’s reports for Scheduled areas, wherein the Governor is supposed to outline in detail the particular challenges of the Scheduled Tribes, and also what programmes and measures have been undertaken for their alleviation.

Through RTI requests, we have now been able to access some Governor’s reports for some of the states for some years, which we have now made publicly available on the CPR Land Rights Initiative website.

Based on our researches, we have found that on all the three narratives of development, representation, and rights to land, the Scheduled Tribes are pitted against the dominant mainstream of society.

Moreover, even though the state seeks to protect the rights of tribals through the Fifth and Sixth Schedules of the Constitution, and the laws that have been enacted pursuant to those Schedules, simultaneously, it actively displaces them through a contrary legal regime of land acquisition, mining, and forest laws.

Finally, the protective legal regimes fail also because of meagre financial allocations for their implementation and active subversion or confused implementation of the regimes by the administration.

LIVELAW: As far as the Fifth and Sixth Schedules to the Constitution, what are the unique challenges in the four states which you have studied?

Finally, the administration of each state is different. Departments in some states are more hostile to tribals in particular ways than in others.