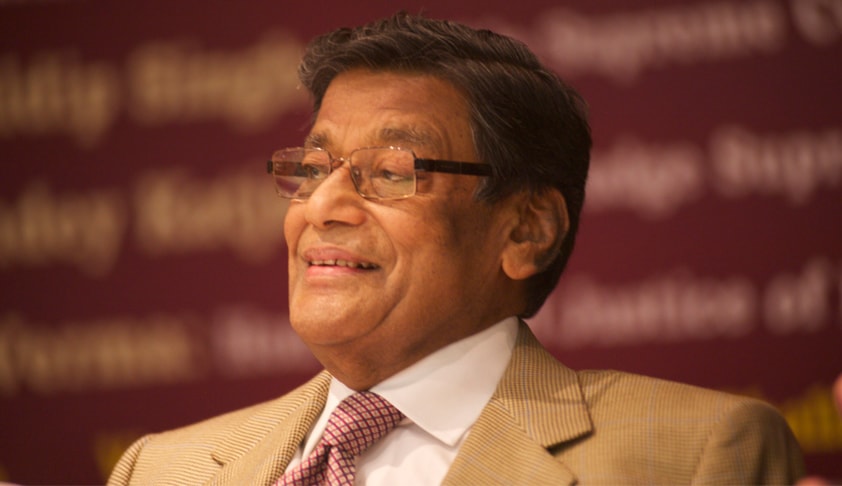 The SC also considered the grievance of law students who are denied entry on miscellaneous days.Attorney General K. K. Venugopal on Monday suggested that the live telecast of the apex court proceedings be done in only constitutional matters on an experimental basis.Addressing a bench of Chief Justice Dipak Misra, Justice A. M. Khanwilkar and Justice D. Y. Chandrachud, the AG submitted,...

The SC also considered the grievance of law students who are denied entry on miscellaneous days.

Attorney General K. K. Venugopal on Monday suggested that the live telecast of the apex court proceedings be done in only constitutional matters on an experimental basis.

Addressing a bench of Chief Justice Dipak Misra, Justice A. M. Khanwilkar and Justice D. Y. Chandrachud, the AG submitted, “The government is taking this very seriously. My recommendation is that (the live streaming of hearings) may be initially restricted to only cases involving constitutional issues, which the Chief Justice decides, and no other matters,  to see the reactions and the responses. Then a decision may be taken one way or the other”

“The impact may be adjudged on a test basis”, said the AG. He suggested that the impact of live streaming on lawyers, judges, and the public could be assessed within two-three months.

Senior Counsel and Petitioner-in-person Indira Jaising, while advocating live-streaming, highlighted the need to include safeguards to prohibit unauthorised reproduction of broadcasts- “The proceedings will be aired live and hence, it may be open for people to make clippings and create their own copies. Your Lordships must prohibit such production of clips, no matter how big or small, without the authorisation of the court”

She also urged that there may not be any commercial exploitation of the exercise of broadcasting.

Advocate Mathew Nedumpara, whose identical petition was dismissed by the bench earlier for levelling unfounded and derogatory claims against Senior Advocates and even the higher judiciary, was allowed by the bench to render his assistance in the matter. The Bombay High Court had dismissed a similar petition for live broadcast of court proceedings.

Stressing on the necessity for all court proceedings to be audio/video recorded, Mr. Nedumpara advanced, “the focus is not on the telecast but on maintaining a record. Telecast is secondary.The real grievance is of the litigant public...”

“Nobody is denying that. But what you are arguing is a wider issue. The learned AG has suggested testing the technological stability and the morality of the entire initiative before it is permanently implemented.”, noted Justice Chandrachud.

Another advocate, highlighting the right of the litigant to know what transpires at their hearings and the right to speedy justice under Article 21, also suggested that while there may be live telecast of only the PIL and other constitutional matters, all other cases may also be directed to be recorded- “the proceedings of the Parliament have been recorded for years. There are CCTV cameras even in police stations. The hearings in all private matters must be video recorded and the copies be tendered to the concerned parties at their expense along with the orders.In these cases, there may be no telecast to those who are not interested.”

He also drew the attention of the bench to the practical risks associated with live streaming- “there is no control on social media. Their officials do not sit in India. There was the Blue Whale episode and then there is pornography. Your Lordships may also consider the economic aspect. The Rajya Sabha TV has cost hundreds of crores of rupees in four years...”

On Monday, the grievance of law students arising from the 2013 ban on the entry of law interns in courtrooms on Miscellaneous Days was also raised.

With a view to tackle the issue ofthe congregation of huge crowds in courtrooms, the AG suggested dedicating a hall within the court premises for setting up a television screen where the proceedings may be live telecasted for the benefit of unconnected lawyers, litigants and interns.

The matter is now scheduled for hearing on August 3, when the AG shall submit a copy of suggestions in writing.

It may be noted that on July 9, the idea of streaming live the proceedings in all matters, excluding hearings held in-camera and those in rape and matrimonial cases had found favour with the AG and the bench.