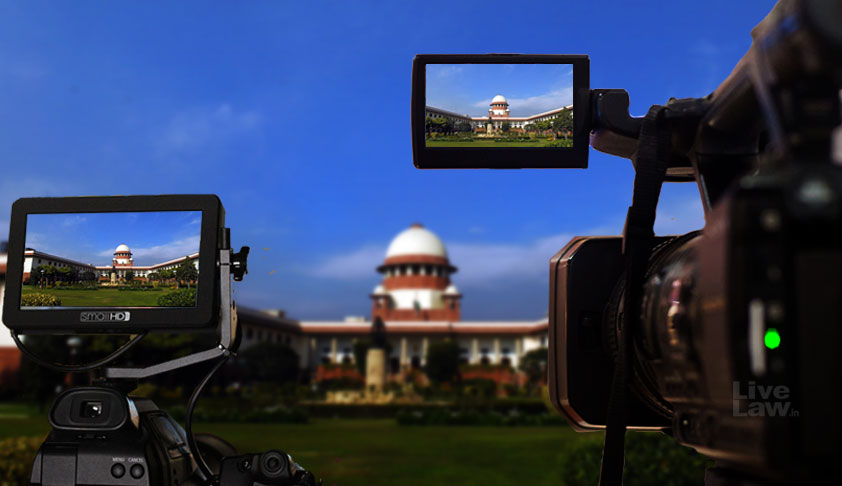 The brilliant move by the Supreme Court (SC) in declaring its support for live streaming of its cases, in two PILs filed by Senior Advocate Indira Jaising and Swapnil Tripathi (a law student from NLU Jodhpur), comes at a time when there is serious trust deficit in the workings of the court. The bench of Chief Justice Dipak Misra, Justice AM Khanwilkar and Justice DY Chandrachud should be...

The brilliant move by the Supreme Court (SC) in declaring its support for live streaming of its cases, in two PILs filed by Senior Advocate Indira Jaising and Swapnil Tripathi (a law student from NLU Jodhpur), comes at a time when there is serious trust deficit in the workings of the court. The bench of Chief Justice Dipak Misra, Justice AM Khanwilkar and Justice DY Chandrachud should be lauded for a great step towards initiating a move for transparency and openness in the Indian legal system. The SC has asked the Attorney General to submit detailed guidelines on the subject by 23rd July. For anyone who has doubts on the need for such a step, its feasibility, or questions whether it is fair to subject the litigation proceedings to public scrutiny, consider the following.

In an environment where fake news on social media is like chaff in the newly-cut grain, news anchors are the primary source of entertainment, and election fever is already on, wouldn’t it only be appropriate for the people of this country to hear first hand of what transpires in a court-room in some of the most important cases that concerns them. Perhaps a video clip of seeing Senior Advocate Harish Salve roaringly present India’s standpoint before the International Court of Justice (ICJ) against Pakistan created much more awareness about the international legal system and the working of the ICJ than all combined work on International Law for decades. Therefore, bringing technology in courtrooms is only a much-awaited move that will open the doors of the halls of justice for common people to see and comment on.

One may be skeptical that allowing cameras in courtrooms would mean that people can see which lawyer has argued what in which case. But this begs a million questions. First, why fear people and public scrutiny in a democracy? Does having a Lok Sabha or a Rajya Sabha channel in any way interferes with the political system of this country or does it help by showing what exactly our elected representatives are upto? One may not be convinced and continue to argue that the legal profession is a holy cow and that justice delivery mechanism is too sensitive to warrant interference. This argument smells of a certain indigestible elitism which says that only a few people are intellectual enough to understand, comment and witness the biggest matters in the SC. Although the SC, like all courts in India, is an ‘open court’, lack of usage of mics by judges and lawyers alike, the lack of regulation on numbers of people who can be in any court on any given day, lack of space for members of public in courtrooms means that it remains so only in theory.

In commercial matters, where clients literally pay a bomb to engage lawyers, not knowing what is argued in the courts, one can also argue for live-streaming. But in constitutional matters or matters involving grave public interest, there is no iota of doubt that their live streaming will help in legal awareness, legal education and direct first-hand legal information to the people.

As for feasibility, arguing for lack of infrastructure in the SC to prevent the implementation of live-streaming is nothing but shocking, given that India’s IT professionals practically run the Silicon Valley in America. At a practical level, it shouldn’t be very difficult to set up a channel, on the lines of Lok Sabha or Rajya Sabha, as also supported by the Attorney General, Mr. KK Venugopal. In the interim, however, as Plan B, with the help of an audio-video recording team, cases can be recorded and released on a YouTube dedicated channel. This can be a relatively low budget thing to manage. If that also sounds time-consuming, then as Plan C, at the bare minimum, at least the SC can give directions for recordings to take place in selected matters, to be released when the infrastructure is ready.

For e.g., in the Babri Masjid-Ayodhya dispute that is currently being argued before the 3-judge bench led by CJI Dipak Misra, several volumes have been filed as case record. Given that the SC is the court of last resort, it is unacceptable to rely purely on human memory and written records (which have a tendency to be lost or are subject to being washed away, destroyed etc.) to keep a track of a case of this proportion. Allowing for recording will ensure that irrespective of which way the judgment goes, its proceedings are safe in the SC’s institutional memory, later available for one and all.

Given that the Supreme Court is numero uno, it is only fair that this revolution towards openness and transparency begins with live-telecast of its cases, before taking it to the high courts and the lower courts.

Avani Bansal is an Advocate practicing in the Supreme Court of India. She has pursued her B.A.LL.B from HNLU, Raipur, and Masters in Law from the University of Oxford and Harvard Law School.