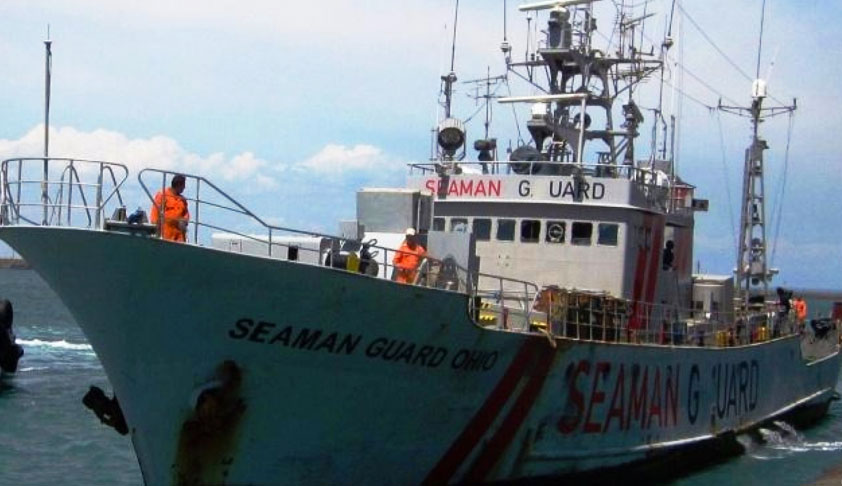 It is freedom after four years for 35 officers and crew onboard the Vessel, MV Seaman Guard Ohio , who were arrested by Marine Police, Thoothukudi, on charges of illegal possession of arms and unlawful activities in territorial waters of India. The Madurai Bench of Madras High Court has acquitted and set them free, by setting aside the order of conviction passed by Principal Sessions...

It is freedom after four years for 35 officers and crew onboard the Vessel, MV Seaman Guard Ohio , who were arrested by Marine Police, Thoothukudi, on charges of illegal possession of arms and unlawful activities in territorial waters of India. The Madurai Bench of Madras High Court has acquitted and set them free, by setting aside the order of conviction passed by Principal Sessions Court, Thoothukudi, for offences punishable under The Arms Act, 1955, whereby they were sentenced to undergo substantive imprisonment for a term of five years.  It is one of the rarest cases in India where so many foreign nationals were convicted in a single criminal trial.

‘ MV Seaman Guard Ohio ’ is owned by a company incorporated in USA, namely, Advan Fort, and has Sierra Leone as its flagship nation. On 12.10.2013, when the ship vessel was anchored in waters near Tuticorin Port, it was intercepted by the Indian Coast Guard. The Coast Guard felt suspicious when a boat from Tuticorin shore was detected carrying and delivering goods to the ship. On inspection, it was found that the ship carried huge quantity of arms and ammunitions, amounting to 5 fire arms, 102 magazines and 5,682 rounds of ammunition.  The enquiries also revealed that the local boat was delivered about 2000 litres of diesel in huge barrels, along with other provisions. On charges of commission of unlawful activities within the territorial waters of India, the ship was brought to the shore, and the officers and crew were arrested. The ship had 10 crew members of whom eight were Indians and two Ukranians. Besides, the vessel had 25 security guards- six British, 14 Estonian, four Indians and one Ukranian.

The ship members claimed that the ship was engaged in anti-piracy operations, giving security cover to ships travelling across the Gulf of Aden and Indian Ocean where the threat of sea piracy was high.  They also denied having committed any offence within the territorial waters of India. According to them, the ship had no intention to come to any port in India, and it had to halt at the location when it ran out of fuel and provisions. Therefore, the halt near Tutircorin was claimed to be a distress halt for filling fuel and provisions. However, the trial judge did not accept their defense, and held them guilty.  Appeals were therefore filed challenging the trial court judgment. In the appeals against the conviction, the legal arguments were focused on the disputed position of the vessel beyond  territorial waters, the right of ships to innocent passage, and the non applicability of the Arms Act to Floating Logistical Platforms ( FLP) like Ohio.

No evidence that the ship was within territorial waters.

In order to hold the officers and crew of the ship guilty under Indian Law,  the primary fact to be established was that the ship was within the territorial waters of India.  Justice A. M Basheer Ahmed, the learned Single Judge of the High Court who heard the matter,  held that the prosecution had failed to establish this fact.  According to the prosecution, the ship was found at a distance of 10.8 Nautical Miles from Vilangusuzhi Island and 3.8 Nautical Miles away from the baseline promulgated by the Ministry of External Affairs Government of India Notification. The base line drawn in the Map relied on by the prosecution was found to have been not  proved by the competent person and not drawn in terms of UNCLOS and Maritime Zones Act, 1976. The entries found in the Log Book seized from the vessel and produced by the prosecution also proved the fact that the vessel anchored on 12.10.2013 at 3.30 Hrs till 7.25 Hrs was not in the territorial water limits of India. The Judge also found fault with the prosecution for not having produced the Navigating Chart of the vessel.

The appellants argued that even if the ship was found to be in the territorial waters of India, there was nothing unlawful in it as the ship was exercising the right of innocent passage.  Articles 17 & 18 of the U N Convention on the Law of Sea(UNCLOS) and Section 4 of the Maritime Zones Act 1976 recognize the right of innocent passage. As per this right, every ship is entitled to the Right of Innocent Passage through the territorial waters so long as the passage is not prejudicial to the peace, good order or security of the coastal state. Under Article 18(2) of UNCLOS, the passage includes stopping and anchoring insofar as the same are incidental foreign navigation or render necessary by force majeure or distress.   The Court found that the ship was in distress as it had ran out of fuel and provisions, and hence anchoring within the territorial waters for refilling fuel( ‘ bunkering’, as per maritime parlance) was within the right of innocent passage.

Entitled to exemption under Section 45(a) of Arms Act

Section 45(a) of the Arms Act exempts arms or ammunition on board any sea-going vessel or any aircraft and forming part of the ordinary armament or equipment of such vessel or aircraft, from the provisions of the Act.  The Court found that the disputed vessel was a utility vessel engaged in supply of arms guard to merchant vessel in antipiracy operation and for which business, the arms carried by it form part of it ordinary arms of the vessel. Therefore, the Court held that the exemption under Section 45(a) of the Act was applicable to the arms and ammunitions found in ship.

No prohibited arms found in ship

Summing up the conclusion, Justice A.M Basheer Ahamed observed as follows :- The prosecution has failed to prove that the disputed ship is engaged in any of the activities prejudicial to the peace, good order or security of the State and the burden of proving the fact is only on the prosecution. It is proved in this case that the ship was anchored at the given place on account of distress for want of provisions and fuel. In shipping parlance, the word, 'Bunker' means filling fuel for the ship. The ship never had an intention of visiting Indian ports, because the captain was waiting for further instructions and for getting provisions and fuel.

It was also held that the Arms Act, 1959 cannot be invoked by the Indian Authorities on board Flagship viz., ''M.V.Seaman Guard Ohio'' and the provision of Section 45(a) of the Arms Act, 1959, will protect the crew and guards from being prosecuted.

Therefore, the appeals were allowed, by setting aside the order of conviction and sentence.

The case is the first of its kind in India, which has now brought into light the legal issues pertaining to deployment of armed security guards on board merchant vessels, fixing of baselines ,anti  piracy operations and the international regulatory framework for Floating Logistical Platforms(FLP) which hosts guards and firearms at sea. The case was closely monitored by the International maritime Community since the officers and crew arrested , were of 4 different nationalities, including an Ukrainian Master , Estonian Guards and a British TDO and had  triggered severe political, diplomatic and legal debates . Senior Counsel EK Nandakumar ,Advocates Dr Thushara James, T,Mohan, S.Sivakumar  appeared for the Accused.