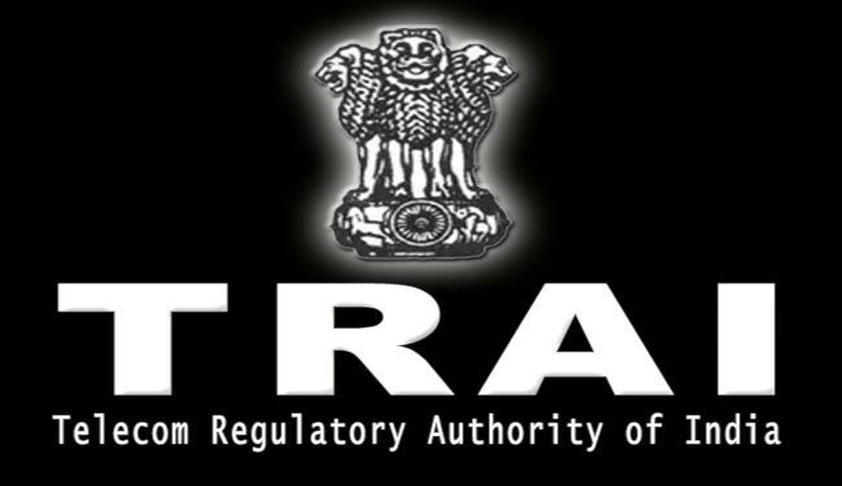 The Division Bench of Madras High Court comprising Chief Justice Indira Banerjee and Justice M.Sundar could not reach consensus regarding the validity of tariff order and interconnection regulations introduced by the Telecom Regulatory Authority of India (TRAI) in 2017. While Chief Justice Indira Banerjee held the regulations and tariff order to be valid, Justice Sundar dissented and...

The Division Bench of Madras High Court comprising Chief Justice Indira Banerjee and Justice M.Sundar could not reach consensus regarding the validity of tariff order and interconnection regulations introduced by the Telecom Regulatory Authority of India (TRAI) in 2017. While Chief Justice Indira Banerjee held the regulations and tariff order to be valid, Justice Sundar dissented and found otherwise.

The 2017 Regulations prevented the mixing of pay channels and free to air channels in a single bouquet.   The Regulations restricted placing high definition format and ordinary format of the same channel in the same bouquet.  Another restriction was that a bouquet of pay channels should not contain any pay channel where the Maximum Retail Price is more than Rs.19/-.   There are some other caps which say that discounts of MRP of a bouquet should not exceed 15%.

The case of writ petitioners was that TRAI exercising powers under Sections 11 and 36 of TRAI Act can regulate only carriage or means of transmission, but cannot regulate content. The content of their programmes/broadcast is covered and controlled solely by the Copyright Act, which recognised two distinct rights, one being copyright and the other being broadcast reproduction right ('BRR'). The legal basis for this submission of writ petitioners is that programmes aired/beamed in their television channels have content which is either created by writ petitioners themselves or procured from third parties at a huge cost and such content is governed solely by the Copyright Act.

Justice Sundar took note of the position of TRAI that it is not regulating content and that it is regulating carriage only. Hence, it was inferred that TRAI admits the position that it cannot regulate content. Taking the illustration of a bouquet of roses to make the point clear, it was observed as follows :-

If we consider a bouquet of roses consisting of Red, White, Yellow, Purple, Blue roses and compare each of the shades to one channel of broadcasters, the cost of each shade of rose will be different from the other shades. Assuming that the costs of Red, White, Yellow and Purple roses vary between Re.1.00 and Rs.18.00 per rose, Blue roses may be so exquisite and expensive that it costs Rs.100.00 per rose. In effect, impugned regulations compel TRAI to sell this exquisite, exclusive and highly expensive Blue rose also for Rs.19.00 in the bouquet

Therefore, TRAI while in one breath says that they are not regulating content, in the same breath compels the broadcaster to sell a channel at a particular price in a bouquet and is placing a cap on the price knowing fully well that the cost of content in many cases can be very high and far above the cap fixed by TRAI. Therefore, interalia, by this very simple illustration and analogy of bouquet of roses, we have no hesitation in coming to the conclusion that the impugned provisions of regulations before us have the effect of impacting and regulating content of broadcasters and as alluded to supra, it is the stated position of TRAI that they do not intend to and cannot regulate content

At the outset, Chief Justice Banerjee, referring to Cellular Operators Assn. of India v. TRAI,   (2016) 7 SCC 703, held that the regulation-making power under the TRAI Act is wide and pervasive.   Tracing the power of TRAI to make the impugned Regulations to the TRAI Act, it was observed:-

The regulation of interconnect agreements between the broadcasters and the distributors or between two service providers and the terms of such agreements, including sharing of revenue from providing broadcasting service fall within the scope of Section 11(1)(b) and TRAI can make regulations to regulate the same. Section 11(1)(c) of the TRAI Act enables TRAI to levy fees and other charges in respect of telecommunication services which includes broadcasting services.

As regards the conflict between the Copyright Act and the TRAI Act, it was held that the Copyright Act have nothing to do with the inter se relationship between the broadcaster and the distributor in the activity of broadcast. It also does not deal with the price of a channel that an end consumer pays to the broadcaster. These provisions, after amendment, dealt only with the broadcaster's relationship with holders/owners of copyright/performer's rights in the individual programme, which is re-broadcasted or reproduced. Broadcast Reproduction Right is not an all-encompassing right that eclipses all other legislation and circumscribes the power of TRAI. The Broadcast Reproduction Right is only a right of the broadcaster under the Copyright Act to protect its broadcast from exploitation by a third party.

The Chief Justice observed that she was unable to agree that by putting a cap on the price of a bouquet, TRAI is regulating content. The broadcasters are free to choose their channels, offer single or multiple pay channels and one or more bouquets. But it was held that a 15% cap on discount of the price of bouquet channels is arbitrary and liable to be struck down.

In view of the split verdict rendered by a bench headed by the Chief Justice, the matter was placed before the next senior judge to nominate a third judge to resolve the issue.