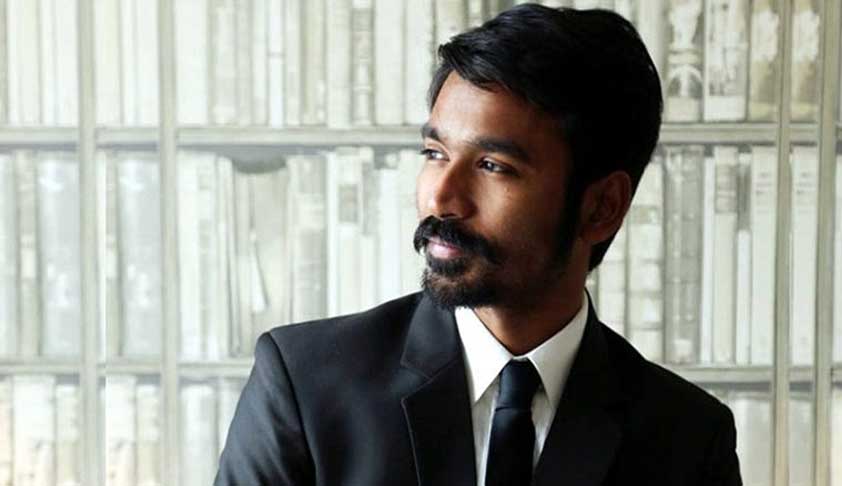 No prima facie material to show that Dhanush is the biological son of the Kathiresan couple. ‘When an actor consistently adorns the role of a villain in reel life, one cannot conclude that in real life also, he would be of the same character’The Madras High Court has quashed a maintainence case filed against actor Dhanush by a couple claiming to be his biological parents.Justice PN...

No prima facie material to show that Dhanush is the biological son of the Kathiresan couple.

‘When an actor consistently adorns the role of a villain in reel life, one cannot conclude that in real life also, he would be of the same character’

The Madras High Court has quashed a maintainence case filed against actor Dhanush by a couple claiming to be his biological parents.

Justice PN Prakash, who penned the verdict, also rejected their plea to do the actor’s DNA profiling.

It was their case that after completing his X standard and while he was pursuing his XI standard, Kalaichelvan (who they claim is Dhanush) left the house sometime in 2002.

Taking note of their pleadings that they were aware about Dhanush’s marriage with Rajnikanth’s daughter, the court remarked: “Even giving the benefit of this doubt to the Kathiresan couple, where were they when Dhanush married Aiswarya, D/o Rajinikanth in the year 2004? It is not their pleading that they had received some money from Dhanush to keep silent and that they remained silent for his welfare and now that they have become penurious, they are seeking maintenance from him. Had they pleaded so, then, this Court could relegate the matter to the Trial Court for a decision.”

The court also took note of the affidavit filed before it by the Kathiresan couple in which contained a very uncharitable allegation against Dhanush in their affidavit.

“The above averments in the affidavit of the Kathiresan couple do make this court doubt that had Dhanush been their real son, would they have made such uncharitable allegations against him,” the court said.

It noted that the examination certificate given by the doctors clearly established that Dhanush does not have the identification marks on his body which find place in the transfer certificate relied on by the Kathiresan couple.

The court also came down heavily on the advocate who issued notice to the actor, wherein he demanded Rs. 25,000 for issuance of the notice and stated that Dhanush is liable to pay Rs. 7,85,000 at the rate of Rs. 65,000 per month for the last one year.

“How can an advocate pass a decree is yet another question, for which, there is no answer. Only in the final order, the Magistrate would say that maintenance should be paid from the date of filing of the petition. Law has not empowered Advocates to pass decrees of maintenance,” it said.

The court also said it cannot ignore that the blackmailing tenor of the notice coupled with the concerted attempts of the Kathiresan couple to malign Dhanush and Kasthuri Raja, instead of producing credible materials to show the link between Kalaichelvan and Dhanush, are powerful factors.

No to DNA Profiling

All the materials produced by the Kathiresan couple may unflinchingly show that the said couple had a son by name Kalaichelvan and that he went missing sometime in 2002-2003. But, the important link that the said Kalaichelvan had metamorphosed into Dhanush is miserably missing in this case for this Court to order DNA profiling, said the court while rejecting the plea for DNA profiling.