Magistrate has discretionary power to direct registration of a case u/s 156(3) or conduct 202 inquiry ; Police has no power to arrest during investigation u/s 202 CrPC : Supreme Court 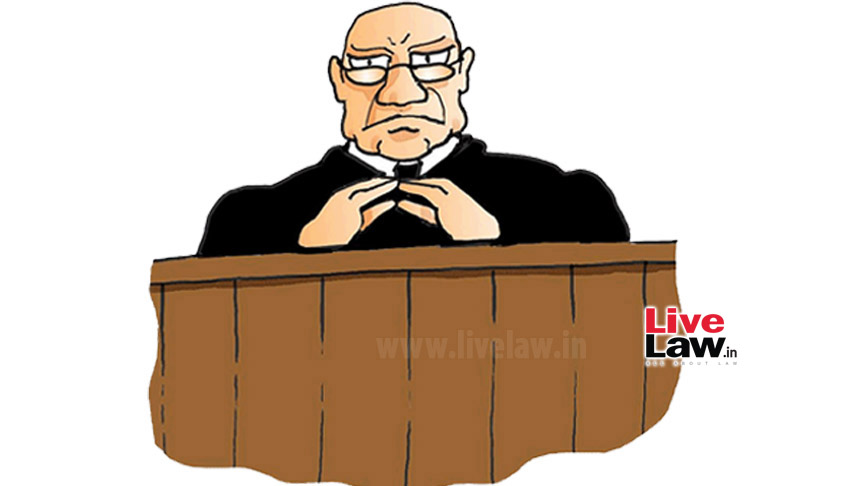 A three judge bench of the Supreme Court comprising of Justices T.S.Thakur, Adarsh Kumar Goel and R. Banumathi has held that Police has no power to arrest an accused during an investigation ordered by Magistrate as part of 202 inquiry and a Magistrate has discretion either to direct registration of a case under S. 156(3) or to conduct inquiry himself as the situation may warrant after application of mind.

The bench speaking through Justice Adarsh Kumar Goel was dealing with an impugned judgment of the Gujarat High Court. The brief facts pertaining to the appeal are that the appellant complainant was running business of food products and had permitted M/s New Ramdev Masala Factory to use the trademark Ramdev for 7 years from 1990. However, the factory was closed in 1994. He filed a complaint before Judicial Magistrate seeking investigation against forgery of partnership documents u/s 156(3). The magistrate however deemed fit to conduct further inquiry u/s 202 CrPC and sought report from Police Sub Inspector within 30 days. The magistrate reasoned that the Police had refused to register a case. There was civil litigation which had gone up to the Supreme Court and thus the case was of civil nature. The fact whether the documents in question were forged or not could be ascertained in civil proceedings by getting the opinion of the hand writing expert. Scope of inquiry under Section 202 was limited to find out whether a case was made out for issue of process. Suppression of material fact of pendency of civil dispute by the complainant also justified the order of the Magistrate to proceed under Section 202 instead of Section 156(3). This order was challenged by the appellant before High Court which did not accept the stand that it implied non application of mind by the magistrate and arrest should have been affected.

“(i) Whether discretion of the Magistrate to call for a report under Section 202 instead of directing investigation 156(3) is controlled by any defined parameters?

(ii) Whether in the course of investigation in pursuance of a direction under Section 202, the Police Officer is entitled to arrest an accused?

(iii) Whether in the present case, the Magistrate erred in seeking report under Section 202 instead of directing investigation under Section 156(3)?”

After reading down the chapters and common expressions in both sections it held that power of arrest or of investigation is not mechanical, it requires application of mind in the manner provided. Similarly, direction by the Magistrate for investigation under Section 156(3) cannot be given mechanically. On the contrary, power u/s 202 is of different nature.

The first question has been answered in para 22 as –

“22. Thus, we answer the first question by holding that the direction under Section 156(3) is to be issued, only after application of mind by the Magistrate. When the Magistrate does not take cognizance and does not find it necessary to postpone instance of process and finds a case made out to proceed forthwith, direction under the said provision is issued. In other words, where on account of credibility of information available, or weighing the interest of justice it is considered appropriate to straightaway direct investigation, such a direction is issued. Cases where Magistrate takes cognizance and postpones issuance of process are cases where the Magistrate has yet to determine “existence of sufficient ground to proceed”. Category of cases falling under Para 120.6 in Lalita Kumari (supra) may fall under Section 202. Subject to these broad guidelines available from the scheme of the Code, exercise of discretion by the Magistrate is guided by interest of justice from case to case.”

Second question was answered in para 23 and 25 as -

“23. We now proceed to deal with the second question of power of police to arrest in the course of investigation under Section 202 with a view to give its report to the Magistrate to enable him to decide whether a case to proceed further existed. Careful examination of scheme of the Code reveals that in such situation power of arrest is not available with the police. Contention based on language of Section 202(3) cannot be accepted.”

Removing the cloud of doubts by certain judgments, the bench affirmed the view that in the course of investigation directed under Section 202 (1) the police cannot exercise the power of arrest.

Answering the last question in negative the bench held in Para 30 that “…….The Magistrate has given reasons, which have been upheld by the High Court. The case has been held to be primarily of civil nature. The accused is alleged to have forged partnership. Whether such forgery actually took place, whether it caused any loss to the complainant and whether there is the requisite mens rea are the questions which are yet to be determined. The Magistrate has not found clear material to proceed against the accused. Even a case for summoning has not yet been found. While a transaction giving rise to cause of action for a civil action may also involve a crime in which case resort to criminal proceedings may be justified, there is judicially acknowledged tendency in the commercial world to give colour of a criminal case to a purely commercial transaction. This Court has cautioned against such abuse.”