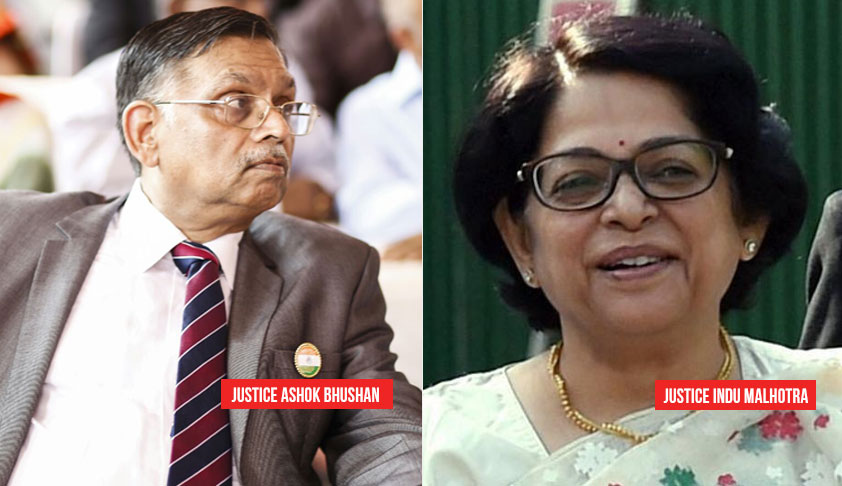 In Sonvir @ Somvir v The State Of NCT Of Delhi, the Supreme Court has held that a police officer need not obtain an order from a Magistrate for obtaining a specimen of fingerprints of the accused under Identification of Prisoners Act.  It was also held that non-framing of any rules under Section 8 the Identification of Prisoners Act by the state government does not prohibit the exercise of these powers.

A bench of Justice Ashok Bhushan and Justice Indu Malhotra considered an important issue pertaining to the interpretation of Sections 4 and 5 of the Identification of Prisoners Act in an appeal filed by a murder convict.

Justice Indu Malhotra mostly dealt with factual aspects involved in the appeal and acquitted the accused holding that the prosecution has failed to make out the complete chain of circumstances to establish the guilt of the appellant beyond reasonable doubt. This issue regarding the power of investigating officer to take fingerprints of the accused was dealt in the judgment separately penned by Justice Ashok Bhushan.

The judgment impugned in the appeal was a Delhi High Court judgment which had discarded the evidence of palm impression holding that specimen chance print of the accused was not taken in the presence of a Magistrate.  Following were the reasons for discarding the evidence:

Magistrate Has No Express Or Implied Power To Direct Accused To Give Voice Samples For Investigation Purposes: Kerala HC [Read Judgment]

The court said observations in Mohd. Aman’s case was in the facts of that case and cannot be read to mean that Police Officer cannot obtain fingerprints without obtaining an order from Magistrate under Section 5.  The court referred to a three-judge bench judgment in Shankaria vs. State of Rajasthan wherein it was held that it was not necessary for the police officer to obtain an order from a magistrate for obtaining a specimen of fingerprints.

The bench, disagreeing with another reason in the judgment of the Delhi High Court, observed: “The object of the Section was not to empower the Police Officer to take fingerprints in trivial offences where imprisonment is less than one year but the provision cannot be read to mean that Police Officer does not have such power if imprisonment is for life or capital punishment.”

Another issue propped up in the appeal was whether the power of the Police Officer under Section 4 cannot be exercised until the state makes rules under Section 8.

Further referring to Section 3 of the Act, the bench observed: “Now, if the phrase “prescribed manner” has to be read as existence of a rule providing for a prescribed manner of taking of evidence, in absence of rule no fingerprints can be taken under Section 3 also of a convicted person, it is relevant to note that Section 5 can also not be resorted in Section 3. Since Section 5 can only be resorted for the purposes of any investigation or proceeding under the Code of Criminal Procedure 1898. After a conviction of an accused Section 5 is inapplicable then if the interpretation placed by appellant is accepted, even for convicted persons, it would not be permissible to ask measurement unless the rules are framed.”