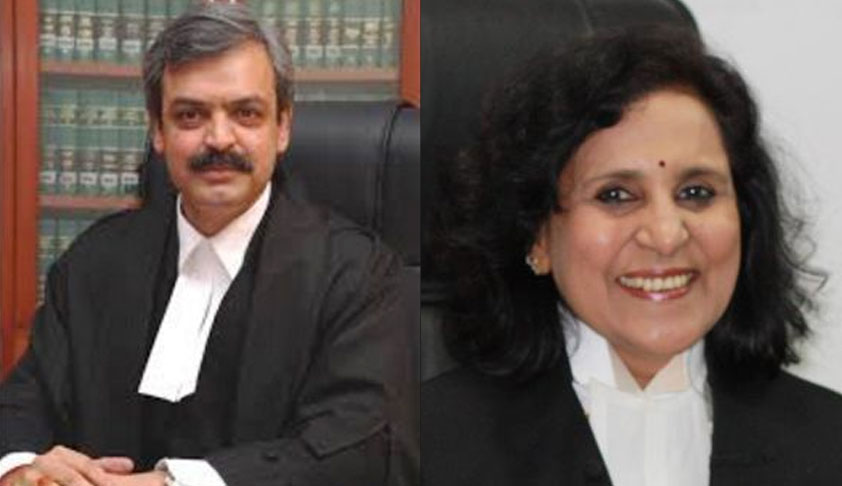 Providing solace to lonely senior citizen couples fighting legal battle with their ill-treating sons and daughters-in-law who refuse to vacate parents’ house despite court orders, a division bench of the Delhi High Court has held that maintenance tribunal has the jurisdiction to pass an order of eviction under the Maintenance and Welfare of Parents and Senior Citizens Act,...

Providing solace to lonely senior citizen couples fighting legal battle with their ill-treating sons and daughters-in-law who refuse to vacate parents’ house despite court orders, a division bench of the Delhi High Court has held that maintenance tribunal has the jurisdiction to pass an order of eviction under the Maintenance and Welfare of Parents and Senior Citizens Act, 2007.

“…beneficial legislation in a welfare State demands a liberal interpretation wide enough to achieve the legislative purpose and be responsive to some urgent social demand in a welfare State. The object for which the Act as well as the subject Rules, extracted hereinabove, were brought into force, namely, for the welfare of parents and senior citizens and for protection of their life and property, leave no manner of doubt that the Maintenance Tribunal constituted under the Act has the power and jurisdiction to render the order of eviction,” said a division bench of Justice Siddharth Mridul and Justice Deepa Sharma while interpreting the Maintenance and Welfare of Parents and Senior Citizens Act.

“It is axiomatic that all legislations in a welfare State are enacted with the object of promoting the general welfare. But certain enactments are more responsive to some urgent social demands and have more immediate and visible impact on the social vices in society by operating more directly to achieve social reforms. These enactments, in our view, demand an interpretation liberal enough to achieve the legislative purpose, without doing violence to the language. The Maintenance and Welfare of Parents and Senior Citizens Act, 2007 is evidently one such legislation. It was enacted with the avowed resolve to provide for more effective mechanism to ensure maintenance and welfare of parents and senior citizens as recognized under the Constitution of India,”’ said Justice Mridul speaking for the bench.

The bench was hearing an appeal filed by two sons challenging the order of the maintenance tribunal which had directed them to vacate the property of their 68-year-old father in old Delhi. The tribunal’s order had been affirmed by the single judge of the Delhi High Court stating that in cases of parental abuse, an order of eviction can be passed by the maintenance tribunal in terms of the provisions of the Act.

In their appeal against the single judge order, the sons argued that a maintenance tribunal inherently lacks jurisdiction to pass an order of eviction and the same is beyond the scope of the proceedings for maintenance, instituted on behalf of a senior citizen.

The court concluded that the two sons have failed to show any rights to continue to occupy the subject property against the wishes of the father especially when the latter has complained of ill-treatment and harassment at the hands of the former.

The SHO, Police Station-Hauz Qazi, has been directed to comply with the directions issued by the maintenance tribunal and put the father in possession of the subject property forthwith.

During the arguments, the division bench remarked that “the further submission made on behalf of the appellants borders on the absurd, inasmuch as, it is urged that the Maintenance Tribunal constituted under the Act is an administrative forum and does not possess any judicial power”.

The initial petition was moved by 68-year-old Mohammud Aftab Khairi, father of the appellants, who is the owner of a property in Katra Deena Beg, Lal Kuan in Old Delhi which is the contiguous property.

The three sons occupy the second and third floor of the same property.

Aftab had moved the maintenance tribunal under the Act narrating how despite having spent considerable amount on renovating the house and providing separate residential accommodation to his sons, the latter resiled from their undertaking to pay him a monthly sum of Rs.20,000 collectively, towards his maintenance and for the day-to-day requirements of their mother, who needs constant medical attention.

The division bench noted that “To add insult to injury, the daughters-in-law of the elderly couple have instituted criminal complaints against respondent No. 3 (Aftab) inter alia alleging attempts by the latter to outrage the modesty of the former”.

The maintenance tribunal had on December 10, 2015, directed Shahab to continue staying in the property but strive to support his parents, provide for their needs and pay Rs 5,000 to Aftab while Shadab and Shahnawaz were directed to vacate the third floor of the property within three weeks from the date of the order and make their own arrangements of accommodation. They were also told to refrain from indulging in any argument, making comments, threatening or causing any harm to the complainants, in particular, and all the other members of the family, including their brother Shahab.

The tribunal had also ordered SHO Police Station Hauz Qazi to depute beat staff for regular visits to ensure that life and property of the senior citizen parent is safe and secure.

Rather than complying with the order of the tribunal, Shadab and Shahnawaz moved the high court in appeal saying the tribunal had no jurisdiction to pass such an order.

The appeal came to be dismissed by the single judge in 2016 while remarking that the appellants and their aged parents cannot live together in view of the serious allegations levelled against the latter by the wives of the former.

While hearing their appeal, the division bench noted that the maintenance tribunal had asked the two sons to vacate the property in three weeks.

“Needless to state that the appellants are still in possession of the subject premises. Further, subsequent thereto, the appellants have also proceeded to make complaints to the Municipal Corporation, alleging therein that unauthorized construction has been raised by respondent No.3 (father Aftab) in the portion under his use and occupation, followed by institution of the writ petitions in relation to the subject property before this Court, without arraying him as a party-respondent,” the bench noted.

The bench relied on judgments of the single judge of the Delhi High Court in Sunny Paul & Anr. v. State NCT of Delhi & Ors and in case titled Sachin & Anr. v. Jhabbu Lal and Anr wherein it was held that the 2007 Act amongst other remedies, provides for eviction of adult children in cases of parental abuse–like in the present case.

The bench took note of the Rules promulgated by the Social Welfare Department in exercise of powers conferred by Section 32 of the Act vide its notification dated 19.12.2016.

The relevant Rules as amended on December 19, 2016, provide for a senior citizen to make an application before the Dy. Commissioner/District Magistrate (DM) of his district for eviction of his son and daughter or legal heir from his self-acquired property on account of his non-maintenance and ill-treatment. A final order is to be made within 21 days of the receipt of the complaint.

The bench laid special emphasis on the Rules expressly providing that “… if the Deputy Commissioner/DM is of opinion that any son or daughter or legal heir of a senior citizen/parents is not maintaining the senior citizen and ill-treating him and yet is occupying the self-acquired property of the senior citizen, and that they should be evicted, the Deputy Commissioner/DM shall issue in the manner hereinafter provided a notice in writing calling upon all persons concerned to show cause as to why an order of eviction should not be issued against them/him/her”.

“A plain reading of the above-extracted Rules clearly reflect that a senior citizen is entitled to institute an application seeking eviction of his son, daughter or other legal heir from his self-acquired property on the ground of ill-treatment and non-maintenance,” said the bench of Justice Mridul and Justice Sharma.

“The object for which the Act as well as the subject Rules, extracted hereinabove, were brought into force, namely, for the welfare of parents and senior citizens and for protection of their life and property, leave no manner of doubt that the Maintenance Tribunal constituted under the Act has the power and jurisdiction to render the order of eviction,” it said.