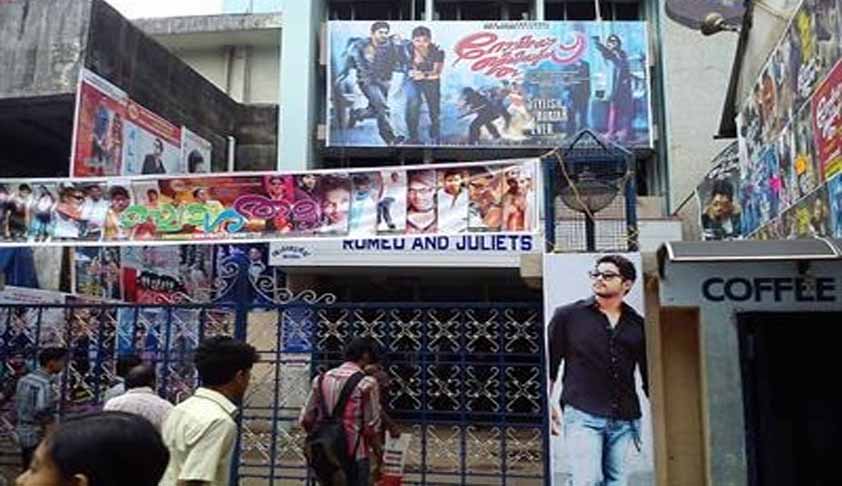 The Malayalam film industry is witnessing an unprecedented crisis now, in view of the tussle between film producers and film exhibitors over percentage of revenue sharing.The association of single screen theatre-owners, Kerala Film Exhibitors Federation (KFEF), has demanded a share of 50% of the collection of first week of new releases, as against the present share of 40%.The screen owners...

The Malayalam film industry is witnessing an unprecedented crisis now, in view of the tussle between film producers and film exhibitors over percentage of revenue sharing.

The association of single screen theatre-owners, Kerala Film Exhibitors Federation (KFEF), has demanded a share of 50% of the collection of first week of new releases, as against the present share of 40%.

The Exhibitors Federation has resolved not to exhibit Malayalam films until their demands are met by producers and distributors. Since the producers and distributors are not ready to accede to the demand, a crisis developed. Resultantly, no Malayalam film, including that of super-stars, was released during the Christmas season, causing a huge disappointment to movie-goers.

Let us examine the legality of the boycott called by Exhibitors Federation, in the light of the provisions of the Competition Act 2002.

The KFEF is an association of more than 300 single screen theatre owners out of nearly 500 theatres in Kerala.

Most of them are classified as ‘A’ class theatres, eligible for getting fresh releases. The KFEF is definitely a ‘cartel’ within the meaning of the Competition Act. Section 2(c) sets out an inclusive definition of ‘cartel’, whereby an ‘association of producers, sellers, distributors, traders, or service providers, who, by agreement amongst themselves, limit, control, or attempt to limit or control the production, distribution, sale or price of, or trade in goods or provisions’.

Any agreement by a cartel, which limits or controls production, supply, markets, technical development or provision of services is an ‘anti-competitive’ agreement, as per Section 3(3)(b) of the Act.

Here, the decision of the KEFF to refrain from screening Malayalam films is definitely limiting the provision of services.

It is also pertinent to note that “service” is defined under Section 2(u), and it includes “entertainment”, and “amusement”, correlating to watching of movies. Therefore, it is clear that the boycott by the KEFF is limiting the provision of services, rendering it an anti-competitive agreement.

Section 19(3) of the Act also enumerates certain factors, which the Competition Commission needs to look into, while inquiring whether an agreement is anti-competitive or not.

In the instant case, the decision of federation has creation barriers for market entry to new releases and has foreclosed competition by hindering entry into market.

There is no accrual of any benefit to consumers; in fact, consumers are on the losing side, as they were deprived of movie-watching experience.

The barriers are not intended for promotion of any technical, scientific or economic means of production or distribution. The barriers are erected for mere show of strength and bargaining.

There is no doubt that the said boycott by Federation falls foul of the Competition Act.

The Competition Commission can inquire into contraventions of the Act, either suo moto, or on the basis of any information received under Section 19(1)(a), or an reference made to it by the Central or state government or a statutory authority under Section 19(1)(b).

As per Section 19(1)(a), a consumer can also make information to the commission regarding anti-competitive practice.

So, it should be open to an ordinary movie-watcher in Kerala to give information to the commission. Further, the state government can also make a reference to the commission regarding the issue as per Section 19(1)(b). Even the Kerala State Chalachithra Academy, which is a state instrumentality existing for promotion of films in Kerala, can make reference under Section 19(1)(b).

It would be interesting to know that the very same federation and its president PV Basheer @ ‘Liberty’ Basheer were pulled up by the Competition Commission in 2015 for having adopted similar arm-twisting tactics earlier.

There is another association of single screen owners of Kerala, namely the Kerala Cine Exhibitors Association (KCEA), which largely comprises ‘B’ class theatres.

When producers and distributors started adopting the strategy of giving wide release to movies in the first week itself to rake in maximum collection during initial opening days, even ‘B’ class theatres under the KCEA started getting fresh releases, along with theatres under the federation.

The federation took objection to such practice, and demanded that only theatres under the federation should be given fresh releases.

It threatened that the films of those producers and distributors who give films to theatres under KCEA would be boycotted. Buckling under the pressure of federation, producers and distributors stopped giving fresh films to theatres under the KCEA.  Even Kamal Hassan-starrer Vishwaroopam, which was initially planned for wide release in Kerala, could not withstand the pressure of federation, and was released only in KEFF theatres. Aggrieved with the situation, the KCEA approached the Competition Commission.

By order dated 23.06.2015 in CaseNo.45/2012, the Competition Commission held that the KEFF had indulged in anti-competitive practices.

It was found that there was illegal cartelisation in the case.

The commission passed a ‘cease and desist’ order against the federation, and imposed penalty on it. The appeal filed by the federation was dismissed as per order dated 04.02.2016 in Appeal No.100/15 by appellate tribunal. The appellate order may be accessed here.

However, the federation seems to be not learning from the past mistakes. Instead of knocking the box office windows, it appears that movie lovers will have to knock the doors of Competition Commission. Manu Sebastian is an Advocate in High Court of Kerala.