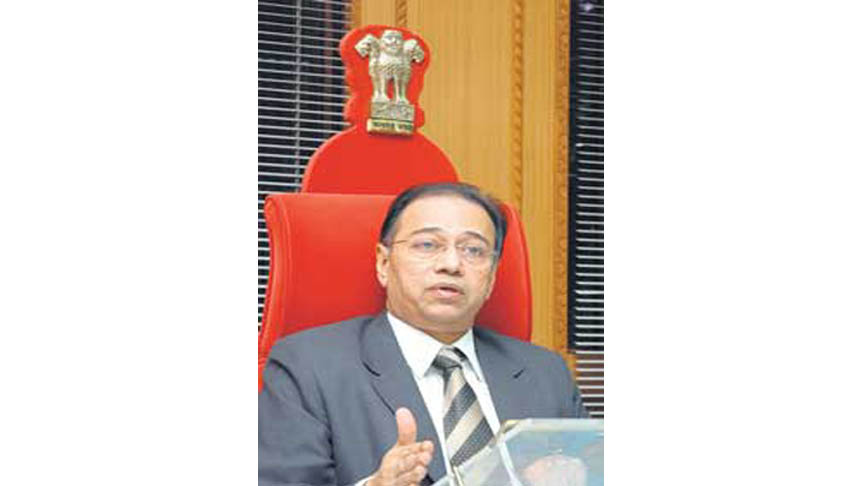 Encomiums from the members of bar are a  rarity in the life of  a judge who stood by the armour of  law in the battlefield called Court room. An honest judge will have more articulate enemies than silent friends. A judge doesn’t speak for himself, his judgments alone speak but only for the institution. And,advocates are not expected to publicly speak in praise of a  judge till he...

Encomiums from the members of bar are a  rarity in the life of  a judge who stood by the armour of  law in the battlefield called Court room. An honest judge will have more articulate enemies than silent friends. A judge doesn’t speak for himself, his judgments alone speak but only for the institution. And,advocates are not expected to publicly speak in praise of a  judge till he leaves office. It’s time.

Architect of Life, Human and Animal

Justice K.S. Radhakrishnan transformed himself to be an architect of life and liberty particularly towards his last but mellowed years in Supreme Court; socio political India was his sculpting stone, Constitution his chisel, and judicial conscience, his hammer.

It was inspirational to be in the Court room of Justice Radhakrishnan as he dutifully identified himself with the common man of the country when it comes to the question of rights, and expressed the anguish of the powerless periphery, human and animal. During the hearing of Animal Welfare Board of India vs A. Nagaraja (2014), he wryly remarked: “No body is bothered to see the sufferings of the animals, as animals don’t have voting rights”.

The impromptu  remark instantaneously brought to my mind the American thinker Myron Weiner whose magnum The Child and the State in India (1991) opines with sagacity that the greatest miscarriage of governance in post independent India  was the failure of the government in protecting child rights. The reason was that the Child does not have voting rights. A writer pens a statement after thinking thrice and scribbling twice, but the spontaneous expression of the judge was consummated to perfection by the fertility of his sensitive conscience.

The judgment in Animal Welfare Board of India virtually opened anew jurisprudence of inclusion.The Court declared that under the constitution, even animals have some inviolable rights and went on prohibiting jellikkattu.

As a judge, he was not loquacious and but his Weltanschauung was wide enough to embrace the canonical and sacrilegious.Constitution was his canvass, and he went on portraying the genderless and the voiceless in golden colours. The judgement of the Court in National Legal Services Authority vs Union Of India &Ors (2014) commonly known as “Third gender case” would pave the way for a new jurisprudence for the sub-altern. The riverine tears of gratitude shed by the hitherto discriminated,post-judgment in the Court room and its premises, was nothing but solemn celebration of liberation. The judge was penning life!

In Indra Sarma Case (2013) he had declared that “live-in or marriage like relationship is neither a crime nor a sin”, though it may be socially unacceptable. The Court courageously brought the blasphemous under the ambit of Domestic Violence Act, 2005, with the objective of protecting hapless women.

In the court room, he was a paragon of forbearance. Patient hearing in Supreme Court has become a rare virtue. He inspired the young lawyers by giving equal opportunity to both senior and junior lawyers. He sought to ensure that justice will  not be the casualty of  brand-equity-in-bar.

In Sahara Case, the special bench presided by him sought to ensure that the highest court of the land is not taken for a toss by anyone, however affluent he is! When the Sahara chief failed to appear before the Court, he told the battery of senior most lawyers who were defending the Sahara Chief,  “the arms of this court are very long.... This is the Supreme Court of the land."Asjudges  “We may retire but will ensure that our orders are complied with.” The special bench while considering the writ petition questioning the detention of Mr. Roy and others, displayed the resilience of character while fathoming the sea of persecution.

Justice Radhakrishnan had a relatively short term but leaves a long legacy. He adorned the office for less than five years( 2009-2014)  but made every day memorable for law by penning 395 judgments.His judgments act as a corpus of constitutional catechism and articles of faith for the fringed.

In his own humble and honest assessment, he worked for period of eight years during a span of five  years.The sheer number of judgments are enough to demonstrate that he stretched his perseverance to the brittle point.Justice Radhakrishnan had the privilege to be a permanent presence in the famed bench of the Chief Justice for a continuous period of one year, not long after he was initiated to the Supreme Court. It is said that the transformative potential of  Mr.Radhakrishnan was sensed by the then Chief Justice S.H.Kapadia, and handpicked the novice to adorn the Chief Court for an unusually long time. Believe it, rainmakers are not without mentors!

Recently in a farewell programme organized by a few  members of the bar, Justice Radhakrishnan remarked that the competency of a judge is best assessed by the members of the bar as they only get the opportunity to constantly monitor him in the open court room. Here is the report card.

Abhilash M.R is a Lawyer in Supreme Court of India.