Maternity, And Maternity Leave For Lawyers In Litigation! 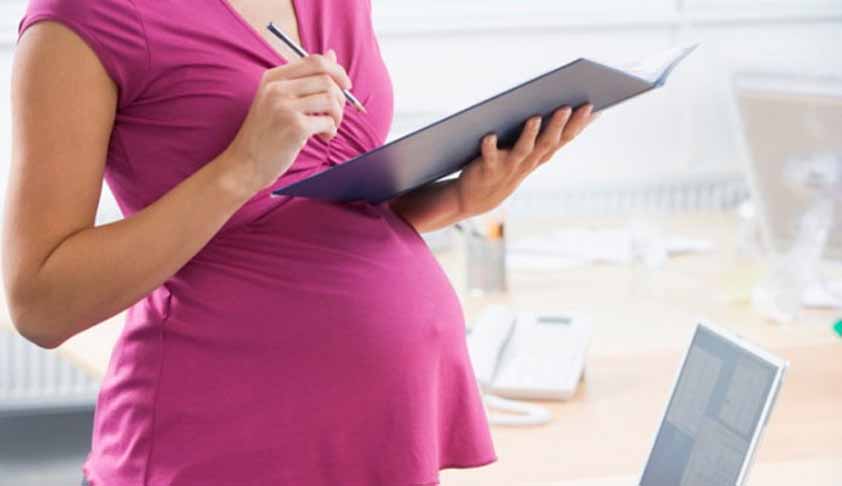 I am faced with this today. Many women lawyers that I have grown up admiring, those who have or are adorning the bar and the bench, must have survived the inequality, and must have been through this at some point in their lives. The ‘this’ that I refer to is “maternity”.Like any other job, legal profession comes with its own set of challenges, and while I am the first one to say...

I am faced with this today. Many women lawyers that I have grown up admiring, those who have or are adorning the bar and the bench, must have survived the inequality, and must have been through this at some point in their lives. The ‘this’ that I refer to is “maternity”.

Like any other job, legal profession comes with its own set of challenges, and while I am the first one to say that gender based discrimination has seen massive decline, we as women lawyers, still feel the pinch of being ‘women’. In the ten years of my standing at the bar, I have always yearned for gender neutrality, rather than any special treatment for women. But having said that, I realize, now more than ever, that sometimes extending some benefits and privileges is imperative and sine qua non to achieve the constitutional goal of equality and equal opportunity.

Women lawyers, whether they work in law firms, corporate houses or in litigation, are constrained to choose between their careers and their families, and the choice becomes even more difficult when it comes to children. Or should I say there remains no choice, as women most naturally tend to give up their careers for their children.

Generally lawyers in law firms are entitled to maternity leaves, but such breaks are often not viewed kindly and are considered to be a drain on the resources of the firm. Women lawyers frequently complain about lost chances of promotion, lesser increments etc. which come as a major setback for their careers.

On the other hand, for women lawyers in litigation, maternity appears to be simpler, rather manageable, given the flexibility of working hours and liberty to accept or not accept a new brief. Even I believed it to be so until now, when I am confronted with it.

It is extremely embarrassing, and sometimes difficult to explain to a court that a counsel is on maternity leave. It gets all the more excruciating when the opposite counsel or the judge puts up questions such as “since when”, “till when”, “is she not appearing before any other court”, “is she not in a condition to appear” etc. Maternity is not an ailment; it is not necessary that a new mother is bed-ridden or is unable to move, for an accommodation to be extended to her. On the contrary, it is to attend to an infant’s needs that every new mother deserves time and space, besides coping up with the enormous physical and psychological changes that maternity brings with it. While we acknowledge it as fathers, husbands or brothers, sometimes we are not as forgiving or adjusting as judges or opposite counsels.

Twelve weeks towards maternity leave is the norm, it is much longer for government employees and extends up to 9 months. Maternity leave for lawyers or accommodation on grounds of maternity should be on a “no questions asked basis”, at least for 12 weeks. And it is high time that it is incorporated in the Court Rules. The defining parameters of what amounts to leave would be easy, but to define what should be the extent of accommodation provided as ‘maternity leave’, and what would happen in case of urgent matters, and such issues would be difficult to deal with. But since when has the difficulty of enactment prevented good enactments. Wisdom must prevail on the Courts, and judges on the administrative side to devise rules which make it more humane and simpler for those who seek maternity leave to apply for it, with all grace, respect and integrity that a counsel deserves.

There is a vacuum in terms of rules. It is also obvious that considering the diversity in the number and nature of judicial and quasi judicial forums, the lack of uniformity in practice and procedure followed across such forms, and other factors such as statutory periods of limitation etc., it will not be easy to formulate rules governing maternity leave for lawyers. However, the probability of such difficulties cannot over shadow the need for regulations or the enormity of the issue. It is high time that the bar councils espouse the cause and take it to a logical end.

A woman may be able to attend a hearing on one day, and may be in difficulty on the following day, for her schedule is not hers any longer. Thus a woman lawyer who makes it to court on a given day but seeks accommodation on another occasion, should not be seen with an eye of suspicion. Leave should be the norm, and she should be held in respect for being able to attend to work, even if partially and without much regularity.

Eventually, it is the client who calls the shots and may wish to engage a new counsel if he cannot afford loss of time, but at least the system, regulated by one’s own fraternity, should be such that it gives maximum cushion and comfort to a woman who seeks to achieve equilibrium between work and family.

Padma Priya is an advocate with more than 10 years of standing at the bar, and appear regularly in various courts and tribunals at Delhi, including the High Court and the Supreme Court.