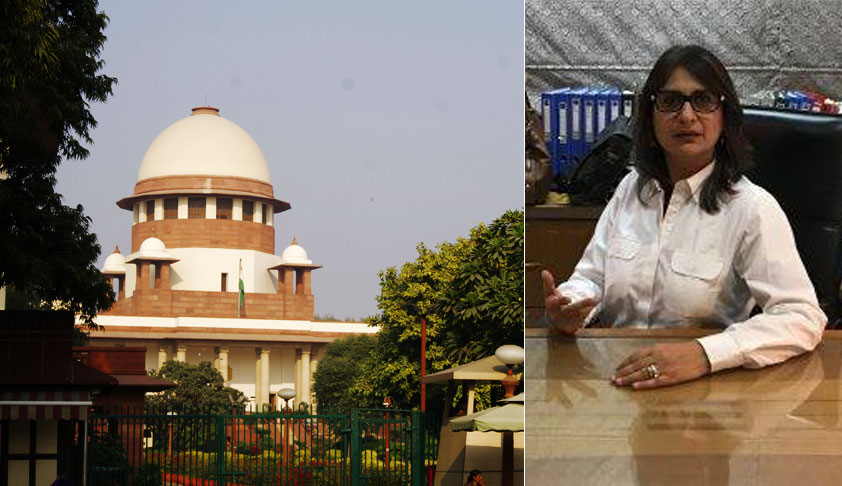 The Supreme Court, on Tuesday, in principle approved the recommendations put forth by amicus curiae Senior Counsel Vibha Datta Makhija and the National Legal Services Authority (NALSA) for dealing with inordinate delay in filing appeals of convicts.

The report has been directed to be uploaded for comments by stakeholders. The Court has further directed formation of a committee for the digital solution.

The direction to formulate a report was issued on a Petition filed by a rape accused through the Supreme Court Legal Aid Committee after a delay of more than two years. Taking note of the fact that such delays were often witnessed by the Court, it then took into consideration the recommendation of putting in place a speedy response system that would keep the accused informed of their rights. The report now submitted comprises of two parts, and the matter has been posted for the third week of July for further action.

Part I of the report contains a step-by-step procedure for timely filing of appeals, highlighting the role of all stakeholders and the problems faced by them. It said that the recommendations made in this part can be put into practice and implemented right away.

Part II of the report contains steps taken for permanent digital solution of all the problems contributing to the delay in filing of appeals for convicts. The work on this front, it said, was already underway, and would take some time to accomplish the desired results.

The report further provides the template of the Certificate to be appended by the Trial Courts and Appellate Courts at the end of judgment, in cases where convict is in custody or is being sent to custody. Here are the highlights of the report:

Part I of the report begins by listing down the major reasons for delay or non-filing of appeals by convicts. These reasons include failure on the part of jail authorities to inform convicts of the availability of free legal services, as well as failure on the part of trial Courts and jail authorities to inform the convict of their rights to file an appeal at no cost. It also includes the unavailability of trial court records as one of the reasons for the same.

It then goes on to list the steps to be taken by all stakeholders, "for increasing overall efficacy in filing of Appeals by the convicts lodged in Jails in Delhi". Broadly, it makes the following suggestions:

Trial Court including Sessions as well as Magisterial Courts

At the outset, Part II of the report notes, "As on date out of 1400  jails around 700 jails are part of  E Prison Portal but none of them have any facility of access to data of FIR through CCTNS (Crime and Criminal Tracking Network and Systems) or case details through CIS (Case Information System) by way of APIs or by any other mode. It was further highlighted that as far as functioning of Legal Services Clinics is concerned, availability of documents like FIR, bail orders, Charge sheet, Witnesses depositions are imperative for effective functioning of Legal Services Clinics, not only for giving effective legal aid and advices but also for filing Bail Application, Parole/Furlough applications, Appeal etc."

The report then points out that the CIS gives a CRN Number (Case Reference Number) only post charge sheet and so identifies a criminal case only after this stage. It further notes that around 68% of all the prison inmates are under trial prisoners, against whom the charge sheet is yet to be filed.

It therefore asserts that the CIS needs to be redesigned to include all FIRs registered as per CCTNS, noting, "Once this basic functionality  is added in CIS, every  judicial order passed by the court including police remand, judicial remand, bail application can be made available for consumption  by LACs, Police, Department of Prosecution, Trial Courts and other concerned bodies."

It further notes that the E-Prison Portal, as well as other software independently designed by other States, contain incorrect data, as their database is maintained on the basis of inputs and case details taken from the first custody warrant sent by criminal courts soon after the arrest of the accused.

NALSA then highlights the following steps taken by it: