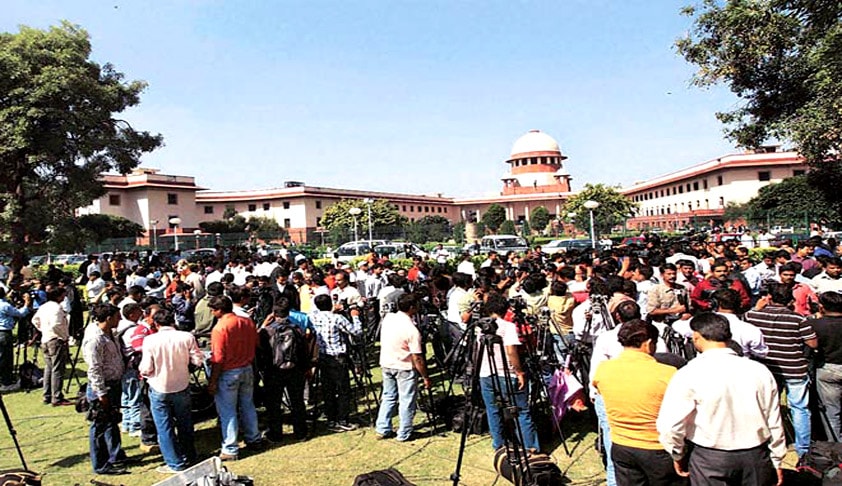 The right (if not otherwise restricted) of the media to report the Court proceedings can arise only after the Presiding Judge passes an order and that too, after the arguments on both sides have been heard. It has already been seen that the media cannot claim any right (either Constitutional or statutory) to report their versions of the oral dialogues that take place during the course...

The right (if not otherwise restricted) of the media to report the Court proceedings can arise only after the Presiding Judge passes an order and that too, after the arguments on both sides have been heard. It has already been seen that the media cannot claim any right (either Constitutional or statutory) to report their versions of the oral dialogues that take place during the course of arguments even if they resort to honest reporting. Experienced Judges very often ask an arguing counsel questions which are against the contentions raised. That does not mean that the Judge is siding the opposite party. But truncated media reports attributing partisanship on the Judge even during the course of arguments, are not uncommon these days. The point which I wish to emphasis is that the Media, under the garb of disseminating knowledge to the public, cannot claim any right larger than that of the legal practitioners in relation to the proceedings in Court. It is only after the lawyer argues the case and the Judge pronounces the verdict that the question of reporting can arise. This author has witnessed media persons eliciting half- baked information from junior Advocates from outside the precincts of the Court room (even in the Supreme Court) so as to gather what exactly transpired inside the Court hall and then transmitting the same to their masters and the version undergoing different hue and flavor before the final product is either telecast or published. The raging controversy between the media and the bar is something which could have been avoided.

Advocates participating in media discussions are sometimes seen to take up the mantle of media persons forgetting the fact that they are also officers of the Court owing statutory responsibilities not only to the Court but also to their clients and the society at large.

It is not desirable for Judges also to entertain media persons in their Chamber even if they be friends or relatives. Renewal of friendship and strengthening of cordiality are ideally to be had in the bosom of one’s family rather than in the functional sphere of the Judge.

Fairness demands that yet another aspect is also mentioned in this context. Certain Judges and presiding officers of the subordinate judiciary were in the past picked up, or rather singled out, for adverse comments and condemnation of the worst kind such as usage of contemptuous epithets, burning of effigies, conducting funeral cortege, banishment etc. Those behind such vagaries were certain opinionated politicians and / or like-minded or obliging media persons. What impelled them to turn against the judiciary was the misplaced anguish that certain verdicts were not in consonance with their ideologies. Nobody then took cudgels or start any agitation to vindicate the targeted Judges who suffered in silence the ignominy. This is because of the lack of reciprocity between the Bench and the Bar for noble causes.

So long as the duty of conducting trials (including civil, criminal and writ jurisdictions) and resolution of disputes stands exclusively earmarked for the judiciary in this country, it may not be desirable, in a democratic set up, for any other agency to arrogate to itself the role of the Courts and breed confusion and lawlessness in the mind of the unsuspecting public to the detriment of the judicial institutions and the curial processes followed therein. The individuals including the members of the judiciary who are subjected to calumny by the print and electronic media, have virtually no remedy since they cannot afford to fight the mighty media. Far from empowering the fourth estate, the real need of the hour is to educate and enlighten the fourth estate with regard to the limitations on the freedom of speech and expression. Subject to the constitutional and other statutory limitations, as far as possible, every agency should be able to operate in its own field without encroaching into the dominion earmarked for other agencies. As far as the State of Kerala is concerned I can unhesitatingly say that the media is transgressing all limits and may invite avoidable actions for damages founded on defamation in addition to criminal prosecutions. While it may be open to disgruntled elements to make wild and reckless allegations against judges, the media cannot hold the brief of such daredevils and publish any trash bringing such judicial personage to ridicule even before any of the in-house Constitutional mechanisms enquiring into the matter and indicting such Judges who may ultimately be found to have erred. In the unhealthy competition inter-se between the media, every care should be taken to know their limits avoiding transgression into forbidden fields. Practitioners of law also should realize that they belong to a noble profession and whatever be the provocation, instead of being harbingers of justice, they cannot take the law into their hands and become instruments of lawlessness.