Mediation Brings Us From I To We Or Me To We: Justice A.K. Sikri 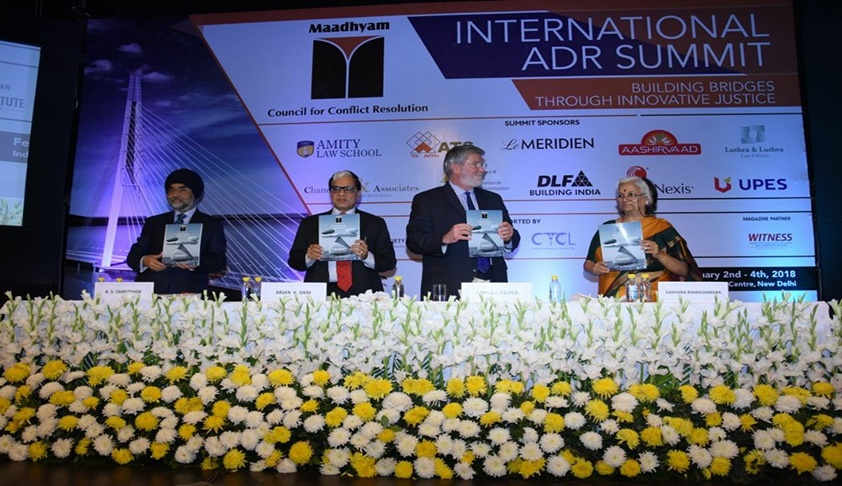 With the main theme of the summit being ‘Building Bridges through Innovative Justice’, Justice Sikri described the presence of mediation in India through various examples and said, “Mediation helps in removing the dust from the heart, bringing the parties land on a resolution or decision.”

The summit kicked off with an inaugural address by Mr. A.S. Chandhiok, President, Council of Conflict Resolution, Maadhyam. Mr. Chandhiok explained the role that mediation and arbitration has played from when it was put into action in 2015 by the Indian law. His speech impressed upon the constant need for research and development as well as establishing high standards of training and education. He caught everyone’s attention by saying, “People with problems, like people with pains, want relief as quickly and inexpensively as possible.”

The session was then taken over by Mr. Gregg F. Reylea, International Mediator, Arbitrator Trainer & Author. His discussion focused on the importance of training in the field of arbitration and conflict resolution. He also highlighted the challenges in mediation, saying, “Challenges in mediation include professional acceptance, Mediation has to be made accessible to more people, professionalism of training needs to be maintained on priority.”

Mr. Reylea further spoke on the concept of the master class on advanced mediation training, and informed the attendees that in the US, the acceptance of mediation is as high as 97% and only 3% cases go through trial.

The second half of the inaugural day was addressed by Ms. Sadhana Ramachandran, Chairperson, International ADR summit. The Summit publication was officially launched, paving way for the discussions that took place on the second day of the Summit.