MoP for Judicial Appointments: The process of consultation with the state governments has been initiated; Law Minister 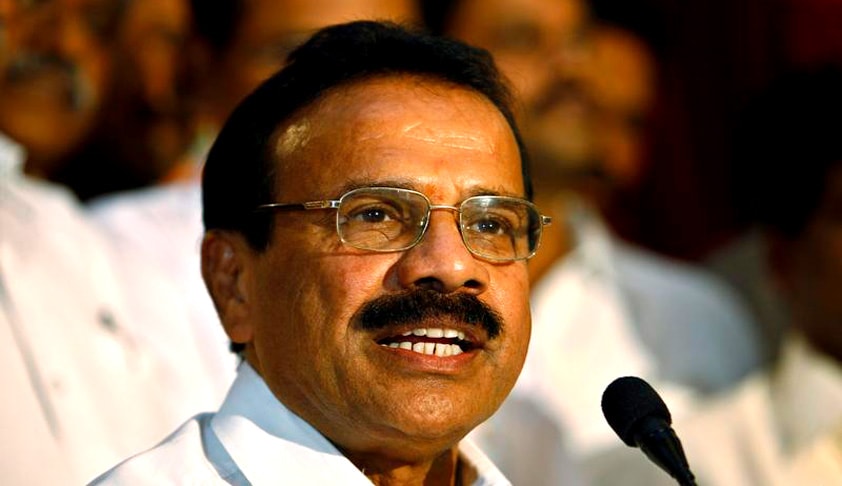 The Ninth meeting of the advisory council of the national mission for justice delivery and legal reforms was held here in New Delhi today. Speaking on the occasion Union Law & Justice Minister Shri D.V. Sadananda Gowda, who chaired the meeting said access to justice is an is an integral part of our Constitution. To achieve this objective, we need to continuously improve our legal and...

The Ninth meeting of the advisory council of the national mission for justice delivery and legal reforms was held here in New Delhi today. Speaking on the occasion Union Law & Justice Minister Shri D.V. Sadananda Gowda, who chaired the meeting said access to justice is an is an integral part of our Constitution. To achieve this objective, we need to continuously improve our legal and judicial framework so that timely and cost effective justice is made available at the door steps to our people. Since the Central Government, the State Governments and the Judiciary all have equal stakes in the improvement of our justice delivery mechanisms; a collaborative approach among the stakeholders is the need of the hour. He said, keeping this in view, a joint meeting of Chief Ministers of States and Chief Justices of High Courts will be convened during the month of April this year to take forward the agenda of judicial reforms.

The minister said, the protracted nature of litigation in the country has an adverse impact on investor sentiments. Therefore, in order to assuage these concerns and as part of the Government’s constant efforts to forge investor-friendly environment in the country, the government has initiated a number of steps, such as the enactment of the Commercial Courts, Commercial Division and Commercial Appellate Division of High Courts Act, 2015 and amendments to Arbitration and Conciliation Act, 1996 and the Negotiable Instruments Act, 1881. These initiatives are intrinsically linked to the Government’s ambitious ‘Make in India’ campaign. Advisory Council of the National Mission gave valuable suggestions on these legislations.

He said though, the constitutional validity of the National Judicial Appointments Commission has not been upheld by the Supreme Court, it asked the Government to review the Memorandum of Procedure for appointment of judges of the Supreme Court and the High Courts by including within it specific provisions relating to eligibility criteria, transparency in the appointment process, setting up of Secretariat and complaint mechanism. The process of consultation with the state governments has been initiated.

Shri Sadananda Gowda said with the increased devolution of funds to State government by the 14th Finance Commission, the onus is on the state governments to implement the recommendations relating to the justice sector contained in the report. These recommendations pertain to setting up of Fast Track Courts, Additional Courts and Family Courts, increasing the ICT capabilities of the courts and setting up of ADR centres etc. The minister informed that he had written to Chief Ministers to to make concerted efforts to ensure full utilisation of funds allocated to the justice sector as per the recommendations of the Finance Commission. He also referred to the Prime Minister’s correspondence with all the Chief Ministers to implement the recommendations/suggestions contained in the report.

Referring to the last Advisory Council Meeting, in which lack of a proper judicial data base in the High Courts was raised, the minister said he has written to the Chief Justices of all the High Courts asking them to compile the Annual Reports and to make them available online. He expressed happiness in noting that High Courts of Madhya Pradesh, Rajasthan, Delhi, Himachal Pradesh, Jammu & Kashmir, Jharkhand, Kerala, Madras, Sikkim and Tripura have responded positively.

The Minister also expressed happiness at Bar Council of India’s initiative to establish Lawyers ‘Academy. He said this issue has been discussed on several occasions in the Advisory Council. The first Academy for Continuing Legal Education has been set up at Kochi. He said this Academy is a collaborative effort of M.K. Nambiyar Memorial Trust and the Kerala Bar Council. A series of 22 training workshops have been planned for 2016 with the aim to increase/improve the efficiency of the judiciary and the bar. The minister thanked Chairman, Bar Council of India and Professor Madhava Menon for this path breaking initiative.

During the meeting subjects included for discussions are: specialised courts, judicial accountability, ADR methods such as Lok Adalats and Arbitration, the need for a uniform methodology to collect judicial data and streamlining of court processes. Shri Sadananda Gowda said specialised courts / tribunals are not a new phenomenon and since the creation of the first tribunal in 1941, there has been a proliferation of tribunals. The agenda item seeks to ascertain whether the specialised courts and tribunals have been successful in reducing pendency and whether there is a need to establish specialised courts on the lines of family courts, commercial courts etc.

The Minister said ADR methods such as Lok Adalats and Arbitration have gained considerable traction as an effective means of dispute resolution. However, there is still considerable resistance on the part of litigants to opt for mediation due to the lack of proper statutory framework for the mediation process. It is in this regard the third agenda item explored the pre-litigation dispute resolution scenario in India and the need to give statutory backing to mediation by enacting a standalone law.

The Minister said streamlining of court processes is one of the critical measures needed urgently to liquidate arrears and backlog of cases. The judiciary has taken steps in this direction and the Arbitration and Conciliation Act, 1996 is working with the High Courts to introduce necessary reforms in court and case management.