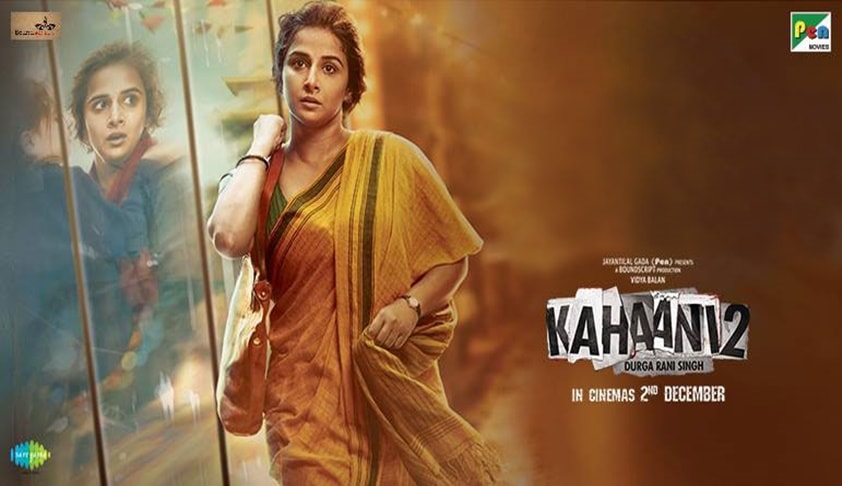 Ruling in favour of the producers of movie Kahaani 2, the Competition Commission of India has said there was no contravention of Sections 3 & 4 of the Competition Act, 2002, on part of the producers for entering into an agreement with two digital media service providers exclusively for the distribution of their movie.A 4-member coram of chairperson Devender Kumar Sikri and members SL...

The CCI observed that there was nothing “unreasonable or anti-competitive” about the decision to exclude the informant and other digital cinema providers from their agreement between the producers and UFO Moviez India Ltd and Real Image Media Technologies Pvt Ltd.

K Sera Sera informed the commission that the producers had entered into this “anti-competitive arrangement/ agreement” with a view to limit/ control the release of movie Kahaani 2.

It was alleged by the informant that the producers had provided the contents of its earlier movies for release through the informant’s technology on several occasions in the past. However, they had refused the informant to supply the content of movie Kahaani 2 and had also directed distributors across India not to accept movie order from the theatres associated with the informant.

Thus, the informant requested the commission to inter alia impose penalties on the producers for entering into anti-competitive agreement and direct them to discontinue their present practice of refusal to deal with the informant.

However, lawyers of the producers enclosed copies of a news article dated January 11, 2017, regarding an FIR filed by the film production house of movie Force 2, Viacom18, against the informant (K Sera Sera) for online piracy.

In the said news, it was reported that movie Force 2 was released on November 18, 2016, and the pirated version of the movie was available in full length on various websites for unauthorised download and streaming soon.

Further, it was reported that Viacom18 had developed an internal security mechanism, in the form of unique identifiers for each copy of the said film, before the digital content packages (DCPs) were distributed to the digital integrators in order to tackle the menace of online piracy and to identify the source of leak, if any.

Also, investigations conducted by Viacom 18 revealed that pirated copies had originated from the copy that was sent to the informant for digital integration.

The commission observed: “Section 3(5)(i)(a) of the Competition Act clearly provides that application of Section 3 shall not restrict the right of any person to impose reasonable conditions as may be necessary for protecting any of its rights conferred upon under the Copyright Act, 1957.

The decision of OP 1 and OP 2 (Producers) to refuse to exhibit their movies through the Informant’s digital service, with whom other producers have had issues of piracy earlier, appear to be taken as a precautionary step to prevent any loss due to piracy. The Commission further observes that the producer of a movie/ content manufacturer, availing the services of digital cinema providers as a consumer, has the right to decide the digital cinema service providers of its choice to distribute its movies. It may be noted that the very objective of competition law is to protect the interest of consumers and the process of competition. It is not concerned with the harm to the competitors unless that also leads to harm to the consumers. Thus, the Commission is of the view that the alleged conduct of OP 1 and OP 2 (Producers) in refusing to provide the content of the movie ‘Kahaani-2’ to the Informant does not appear to be unreasonable and anti-competitive.”
TagsCCI Kahaani 2 Right to Choose Section 3(5)(i)(a) of the Competition Act Sections 3 &amp; 4 of the Competition Act 2002
Next Story
Similar Posts
+ View more
Law Firms
+ More