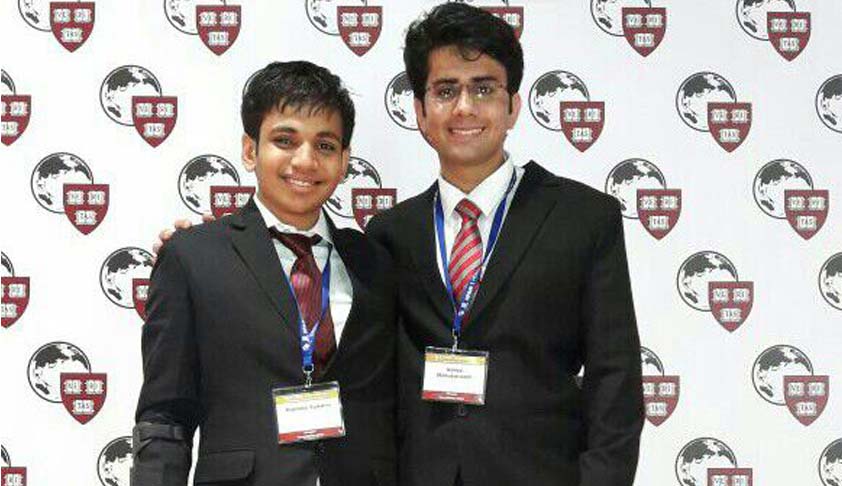 Aditya Manubarwala and Shardool Kulkarni, studying law at the Pravin Gandhi College of Law, Mumbai University have been selected as Delegates to represent India at the Harvard Asia Conference held in Hong Kong from 19th to 23rd August, 2016. The Conference is organized by Harvard University under the auspices of the Harvard Project for Asian and International Relations (HPAIR) and selects representatives from over 75 countries. The objective of the conference is to discuss the contemporary socio-economic challenges relevant to the Asia-Pacific region. The Harvard Asia Conference featured some notable speakers including Nobel Laureate Tawakkol Karman, Former Prime Minister of South Korea and Former President of the United Nations General Assembly, Mr Han Seung Soo, Former Financial Secretary of Hong Kong, Mr. Antony Leung, Executive Chairman and CEO of Blackberry Ltd, Mr. John Chen and several other distinguished personalities.

Additionally, Aditya has also been awarded the prestigious Chinese General Chambers of Commerce (CGCC) HPAIR Scholarship for the year 2016. The CGCC Scholarship Program, on the basis of a competitive process selects those individuals who have displayed commitment, patience and enthusiasm in empowering Asia as well as one’s country and community through activism and collaboration. Aditya has also received a special mention award at a competition organized by the UN Information Centre for India in association with the Symbiosis School of Management.

Both Aditya and Shardool have a really impressive profile, having worked as attachés with the office of the Speaker of the Lok Sabha, Parliament of India. They have also interned with the Additional Solicitor General of India, Hon’ble Mr. Justice S. S. Kemkar, Judge, Bombay High Court and Hon’ble Mr. Justice F. M. Ibrahim Kalifulla, Judge, Supreme Court of India. They interacted with several eminent personalities such as the President of India, Mr. Pranab Mukherjee; the Vice-President of India, Mr. Hamid Ansari; the Speaker of the Lok Sabha, Mrs. Sumitra Mahajan, etc. while preparing a memorandum on the Land Acquisition  Bill. Subsequently, they were invited to depose before the Joint Committee of Parliament on Land Acquisition, thereby becoming the youngest Indians to have appeared before a Parliamentary Committee in Indian legislative history.

They regularly write articles for Lokmat Times, one of the highest circulated dailies in Maharashtra. They have won more than a dozen National and State level debate competitions and were invited as student leaders at a discourse on Indo-U.S. relations with American public affairs officers, organized by the U.S. Consulate General.

Apart from legal studies, they are passionate about social causes. Recently their legal research paper was published in the April edition of The Practical Lawyers, a Supreme Court Cases Publication titled ‘Reviewing leprosy laws in the context of the Law Commission’s 256th report’. They subsequently also petitioned the Prime Minister’s Office for the repeal and amendment of the said discriminatory provisions. Both of them had also started a senior citizen computer literacy drive in Mumbai city, where they also involved few political parties in it to have a wider mass outreach.