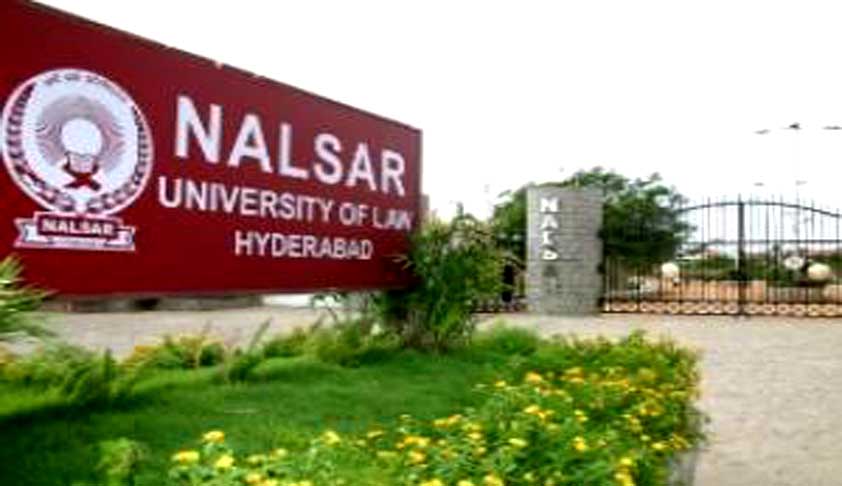 The National Academy of Legal Studies and Research (NALSAR) will host the Institut De Droit International (Institute of International Law) in the Session of 2017 to assist the Indian National Group to make necessary preparations of this important meeting. The Institute of International Law (IIL) which was established in 1873, and also was the recipient of Nobel Peace Prize in 1904, took this decision in the latest session in Tallinn (Estonia). With this, NALSAR will become the first institute in India and the second in Asia to host the session.

The Indian National Group which is represented by stalwarts of international law like Dr. Nagendra Singh, a former Judge and President of the International Court of Justice, Professor (Dr.) R. P. Anand, Dr. P. S. Rao, Professor Tyagi, Professor B. S. Chimni and Professor V. S. Mani. Dr. P. S. Rao, the senior most member of the present national group, is elected as the President of IDI for a term of two years September 2015 to August 2017.

Since independence, India has been working for the promotion of peaceful settlement of disputes, elimination of nuclear weapons and strengthening the role of the United Nations and promoting Rule of Law in the world order. Choosing India for the meeting of the institute may also be seen as a tribute to the long standing role of India in promoting and protecting the interest of the poor and developing countries in the contemporary world order.

Since NALSAR enjoys the prestige as one of the leading law school of India with a vibrant student body and unique facilities of its own, blending modernity and tradition, it has been chosen as the venue as a partner institution. Being environmentally friendly, it is also strategically located in India, at Hyderabad which has a unique and well-known history, culture and a well-known IT centre of the world.