National Health Policy 2017 and Right to Health: Negation of Reality 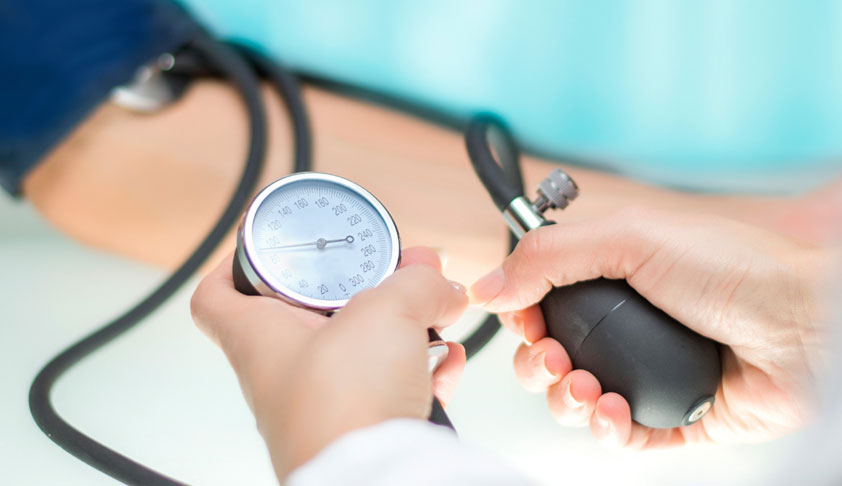 The National Health Policy (NHP) 2017, proposes an ambitious health agenda, especially with regard to the enhancement of public spending on health from the current level of 1.15% of GDP to 2.5 %. However, the policy does not address many issues pointed out in the draft NHP 2015.[i] This commentary analyses the negation of the right to health in the policy.The policy explicitly rejects the idea...

The National Health Policy (NHP) 2017, proposes an ambitious health agenda, especially with regard to the enhancement of public spending on health from the current level of 1.15% of GDP to 2.5 %. However, the policy does not address many issues pointed out in the draft NHP 2015.[i] This commentary analyses the negation of the right to health in the policy.

The policy explicitly rejects the idea of legislation on the right to healthcare, thus also negating the rights-based approach to health care. The policy states: “The policy while supporting the need for moving in the direction of a rights based approach to healthcare is conscious of the fact that threshold levels of finances and infrastructure as a precondition for an enabling environment, to ensure that the poorest of the poor stand to gain the maximum and are not embroiled in legalities. The policy, therefore advocates a progressively incremental assurance based approach, with assured funding to create an enabling environment for realizing health care as a right in the future”.

Further, it also states: “Right to health cannot be perceived unless the basic health infrastructure like doctor-patient ratio, patient -bed ratio, nurses-patient ratio, etc. are near or above threshold levels and uniformly spread -out across the geographical frontiers of the country”.

The policy cites the following reasons for the rejection of separate legislation on the right to health. First, India’s economic and health system development is not up to the level to make the right to health justiciable i.e. legally enforceable by the courts. Second, since health falls within the state list there is a lack of clarity with regard to the utility of a central legislation while the state government is responsible for health. Third, the lack of clarity with regard to the scope of the legislation: whether the focus of the legislation should be on the enforcement of public health standards or the obligation of the government to ensure entitlements on public health.

It elaborates on the operational challenges to make the right to health a legally enforceable right and states: “Excellent health care system needs to be in place to ensure effective implementation of the health rights at the grassroots level. Right to health cannot be perceived unless the basic health infrastructure like doctor-patient ratio, patient -bed ratio, nurses-patient ratio, etc. are near or above threshold levels and uniformly spread -out across the geographical frontiers of the country”. This tantamounts to a rejection of the legal obligation on the right to health, especially since the right to healthcare is a critical entitlement of right to health guaranteed under various international legal instruments and the Indian Constitution.

International Obligation on Right to Health

State parties to ICESCR under Article 12.1 “recognise the right of everyone to the enjoyment of the highest attainable standard of physical and mental health”. There is a non-exhaustive list of steps to be taken for the realisation of the rights mentioned in Paragraph 1: “(a) The provision for the reduction of the stillbirth-rate and of infant mortality and for the healthy development of the child; (b) The improvement of all aspects of environmental and industrial hygiene; (c) The prevention, treatment and control of epidemic, endemic, occupational and other diseases; (d) The creation of conditions which would assure to all medical service and medical attention in the event of sickness”.

Article 2 guides the implementation of obligations under ICESCR. According to Article 2.1 “Each State Party to the present Covenant undertakes to take steps, individually and through international assistance and co-operation, especially economic and technical, to the maximum of its available resources, with a view to achieving progressively the full realization of the rights recognized in the present Covenant by all appropriate means, including particularly the adoption of legislative measures”. Thus the obligations under ICESCR are to be achieved progressively through all appropriate measures, including legislative measures making use of maximum available resources.

General Comment No. 3 that deals with the nature of the obligation of state parties under Article 2 of ICESCR explains that resource constraints alone cannot be cited as a reason for the non-fulfilment of obligation.  It states that: “even where the available resources are demonstrably inadequate, the obligation remains for a State party to strive to ensure the widest possible enjoyment of the relevant rights under the prevailing circumstances.”  State parties also have the burden of proof to show the lack of available resources. “In order for a State party to be able to attribute its failure to meet at least its minimum core obligations to a lack of available resources it must demonstrate that every effort has been made to use all resources that are at its disposition in an effort to satisfy, as a matter of priority, those minimum obligations.”

However the word “appropriate” in Article 2 gives the flexibility to state parties to decide on the most appropriate mechanism for the implementation of treaty obligations. Therefore a state party has the freedom to decide whether to have legislation or health policy to implement its obligation on the right to health. Nevertheless, General Comment No. 3 proposes legislation as a means of implementation. It reads: “The Committee recognizes in many instances legislation is highly desirable and in some cases may even be indispensable … In fields such as health, the protection of children and mothers, and education, as well as in respect of the matters dealt with in articles 6 to 9, legislation may also be an indispensable element for many purposes”.

According to General Comment No. 14, “States should consider adopting a framework law to operationalize their right to health national strategy. The framework law should establish national mechanisms for monitoring the implementation of national health strategies and plans of action”. Hence, India has the freedom to determine the appropriate measures for the implementation of Article 12,  i.e. national health strategy or legislation or both. However, according to General Comment No. 3  “the ultimate determination as to whether all appropriate measures have been taken remains one for the Committee to make”.

Similarly, categorisation of health within the state list may not stand the scrutiny of CESCR in the light of Article 253 of the Indian constitution. Article 253 states: “Legislation for giving effect to international agreements: Notwithstanding anything in the foregoing provisions of this Chapter, Parliament has power to make any law for the whole or any part of the territory of India for implementing any treaty, agreement or convention with any other country or countries or any decision made at any international conference, association or other body”.

Right to Health under the Indian Constitution

Even though DPSP are not enforceable (justiciable), the court made it clear that various organs of the government are bound by DPSP. In Akhil Bharatiya Soshit Karmachari Sangh v. Union of India,[ii] the Supreme Court held that even though DPSP cannot be enforced in a court of law this does not mean that they are less important than fundamental rights or they are not binding on the various organs of the government.  The Supreme Court went further and declared that the right to life under Article 21 provides the right to live with dignity and this right derives its life from DPSP. [iii]

In Vincent Panikulangara v. Union of India the Supreme Court extended the scope of Article 21 to cover public health. It held that the improvement and maintenance of public health is important for the existence of the community and for the building of a society envisaged by the framers of the Constitution.[iv]  In 1991 while deciding on the healthcare benefits of workers the Supreme Court cited rights recognised in the Universal Declaration of Human Rights and ICESCR and held that “right to health is a fundamental human right to workmen”.[v]  The Court also considered the lack of resources as a reason for the non-fulfilment of obligations on the right to health in Paschim Banga Khet Mazdoor Samity & ors v. State of West Bengal & ors. [vi] . It acknowledged the resource crunch but held that there is a constitutional obligation to provide adequate medical services to the people. The Supreme Court equated the situation with its earlier judgment for providing free legal aid to a poor accused in the matter Khatri (II) v. State of Bihar, 1981 (1) SCC 627 as a constitutional obligation and stated that providing medical aid is also a matter of discharging of constitutional obligation.

The Mumbai High Court, while rejecting a petition questioning the capping of prices of certain medicines, stated:  “…market failure alone may not constitute sufficient grounds for Government's intervention, but when such failure is considered in the context of role the pharmaceuticals play in the area of public health, which is a social right, such intervention becomes necessary, especially when exploitative pricing makes medicines un-affordable and beyond the reach of most and also puts huge financial burden in terms of out of pocket expenditure on health”.[x]

The government of India itself also cites the constitutional obligation with regard to health. For instance, the National Pharmaceutical Authority in its notification for ceiling the prices of cardiac stents states: “the Government is under constitutional obligation to provide fair, reasonable and affordable price for Coronary Stents and therefore its immediate intervention is imperative to check unethical profiteering and exploitive pricing…”.[xi]

The above discussion clearly shows that India’s ratification of various international human rights treaties, especially ICESCR creates an international obligation to protect and implement the right to health. Therefore, the CESCR can scrutinise NHP 2017 and its negation of the right to health. Even in the absence of legislation declaring the right to health as a fundamental right, the Indian judiciary treats it as a fundamental right under Article 21 of the Constitution. While upholding the right to health as a fundamental right, the Indian judiciary does not consider the availability of resources, health system and public health infrastructure as a precondition. The government also invoked its constitutional obligation to protect people from the exploitation by third parties such as pharmaceutical and medical devices manufacturers. Since the policy’s negation of right to health goes against India’s international obligations on human rights and Article 21 of the Constitution there is an urgent need to rewrite the policy to reflect the correct legal position.

K M Gopakumar is legal advisor and senior researcher with the Third World Network (TWN) and currently visiting fellow at the Inter University Centre for IPR Studies, Cochin University of Science and Technology.

[The opinions expressed in this article are the personal opinions of the author. The facts and opinions appearing in the article do not reflect the views of LiveLaw and LiveLaw does not assume any responsibility or liability for the same]
TagsArticle 12 Article 21 of the Constitution ICESCR National Health Policy 2017 Right To Health
Next Story
Similar Posts
+ View more
Law Firms
+ More