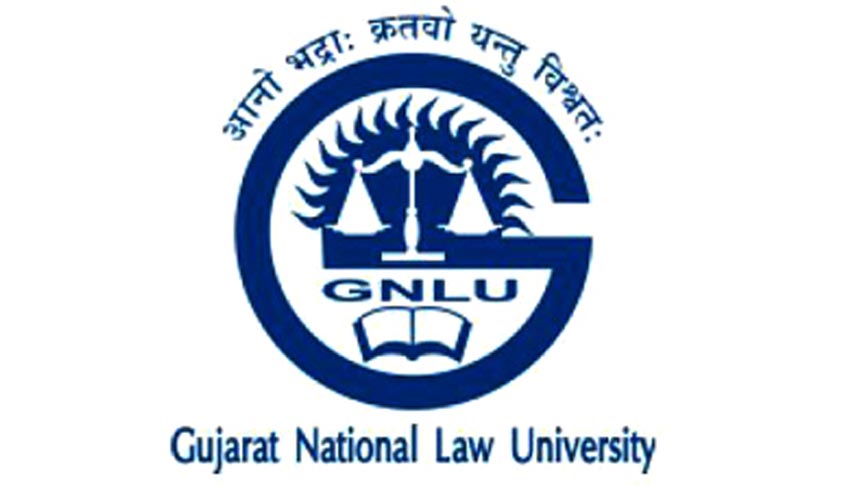 Criminological education in India saw one of the most unusual developments in 2017: the proposal to launch Criminology at Gujarat National Law University (GNLU). This development surprised many scholars across the criminological spectrum. And rightly so, because of two reasons. First, Criminology had never been marketed in national law universities – the ‘so-called’ hallmarks of...

Criminological education in India saw one of the most unusual developments in 2017: the proposal to launch Criminology at Gujarat National Law University (GNLU). This development surprised many scholars across the criminological spectrum. And rightly so, because of two reasons. First, Criminology had never been marketed in national law universities – the ‘so-called’ hallmarks of superlative quality of education. Second, much of the activities that contributed to this break-through took place very quietly. As a result, people from inside the field had no more than a vague idea of what inspired GNLU to offer a master’s program in Criminology.

As with this astonishment, there was a growing feeling of ambivalence among the scholars – particularly the conservative criminologists – surrounding the decision to run Criminology alongside its’ regular, and ‘already- marketed’ LLB & LLM courses. But, these obscurities were soon cleared up by some of the stalwarts of the field, notably, the legal criminologists from Tata Institute of Social Sciences, Mumbai, and National Law University, New Delhi, who contributed centrally to the resounding success of this movement. In their statements, they observed that: “[L]aw and Criminology are inseparable. By combining the study of Law with Criminology, the students can complement and contextualize their legal studies.”

Now, this proposition might seem compelling, even obvious, to many readers. But the fact that course curriculum of NLU’s is so preoccupied with the issues of legal institutions and doctrines, that, they (NLUs’) are now considering, including the socio-behavioral aspects of crime into their academic curriculum, (in literal sense, to give a breadth to their LLB & LLM courses) cannot simply be overlooked.

Even so, if one were to deny this line of reasoning, there ought to an equally robust explanation as to the advancement of courses like LLM in Criminology, BA in Law and Criminology, MA in Sociology of Law, etc., in western parts of the world. The same holds true for the emergence of graduate programs in Victimology and Criminal Justice in some countries of Europe and Asia. This is because Victimology is generally understood in relation to events that occur post- crime victimization (i.e., after one becomes victim or experiences victimization), and rarely in terms of preventing the causal factors that lead to victimization (Jaishankar, 2016; Siddiqui & Chandra, 2017).

So, does that mean Victimology is owned by legal professionals, despite being a sister branch of Criminology? Yes, beyond doubt. Currently, Victimology is heavily dominated by two groups: one, the lawyers, who fight the cases for crime victims; and two, the victim advocates, both professional and volunteer, who work to affirm victims’ rights and to provide information and services to crime victims. If, at all, Criminologists from across the world had focused on explaining the structural and contextual causes of victimization, this shift in ownership would have been largely impossible. Henceforth, it is safe to say that victimology has become the core of academic curriculum of law institutions.

Talking about students’ orientation towards criminology at law schools, there are, indeed, few potentials concerns. For example, most LLB students, who undertake criminology either as specialization or career enrichment course, tend to conceptualize the discipline as the product of law – which is not even close to the evolution of Criminology (Chandra & Siddiqui, 2016).

Next, law faculties barely acquaint the students with fundamentals of crime. As a result, one can always expect a huge chunk of law students to be incognizant of the following: a) crime, as a phenomenon, existed in our society ever-since human beings evolved; b) the concept of State formation emerged only as a result of violent tribal conflicts, and crimes that erupted into wars; and c) there were no codified laws in the feudal society (during the Middle Ages); it only had unwritten laws, typically known as norms.

Put differently, legal orientation of criminology often affects the students’ understanding of the vital linkages between the Law and Criminology (Chandra & Siddiqui, 2016), let alone the culture of law schools that ingrains in students a sense of legal superiority, and disdain for Criminology.  But, will this be the case with students who enroll for the MA program in Criminology at GNLU? If so, the students will acquire nothing but fragmented and uneven knowledge of the subject (Chandra, 2017).

Aside from this, law students also fail to understand that, had there been a society with zero crime or without criminals, then probably, they would not have been studying law, at all (Jaishankar, 2016).

Challenges for Criminology in Law Schools

Painful to say, but, many prospective candidates, who can teach criminology at national law schools, are not entertained because of this mandate. Even sad, to be able to apply for a teaching position at any institution specializing in legal education, criminology graduates are required to possess a degree in law – which is a real slap in the face.

Still, whatever may be the stance of BCI; it is certainly worth applauding the efforts of GNLU to streamline criminology at legal platforms. But as we continue to acknowledge this break-through, we only wonder: if Prof. Madhava Menon, the father of modern legal education in India, had introduced criminology in NLU’s during 90’s, then, what would have been the status of Indian Criminology, today? Certainly, there would have been a fleet of academic criminologists including Professors, Associate Professors, and Assistant Professors (Jaishankar, 2016). The recent graduates, who aspire a career in academia, need not had to wait until the retirement of the senior professor to secure an entry-level position. And perhaps, more importantly, the products of Criminology would have acquired better career-related skills.

Why a sudden break-up with Criminology?

Until recently, it was believed that GNLU will initiate a programme in Criminology, putting an end to the longstanding competitiveness between the two disciplines. But unfortunately, that day is still far from being realized. And rightly so, because GNLU has struck down the notification from the University’s website, indicating its plan to keep this idea in abeyance.

So, does this break-up has any major implications? Yes, this decision poses one fundamental question before us: what prohibited GNLU from launching Criminology, despite announcing their plans publically, earlier this year?

Although it would be difficult to comment on this question precisely, yet one can figure out that the above decision was taken considering the demands of the market forces, and the students’ preferences for courses that can fetch hefty pay packages post-study. Especially, the Gujarati students, who, to a greater extent, are influenced by their cultural values such as controlling costs, seeking utility before spending on valuable services, etc.

How, then, GNLU, would have attracted the students to join Criminology? That too, a course, which might not represent good value for money, in the eyes of typical business – minded Gujarati parents.

Moreover, who would want to get into police and prison departments, when they could earn higher salaries in corporate sectors? Perhaps, these were the thoughts which influenced GNLU to break up with Criminology.

Jaishankar, K. (2016). Criminology and Law: Not Competitive but Complementary.  On Personal Communication.

R Rochin Chandra is an Editorial Assistant of the International Journal of Criminal Justice Sciences. He was formerly working with Rajasthan Prisons Department as Policy Analyst

[The opinions expressed in this article are the personal opinions of the author. The facts and opinions appearing in the article do not reflect the views of LiveLaw and LiveLaw does not assume any responsibility or liability for the same]
TagsCriminology Gujarat National Law University Law Schools National Law Universities
Next Story
Similar Posts
+ View more
Law Firms
+ More