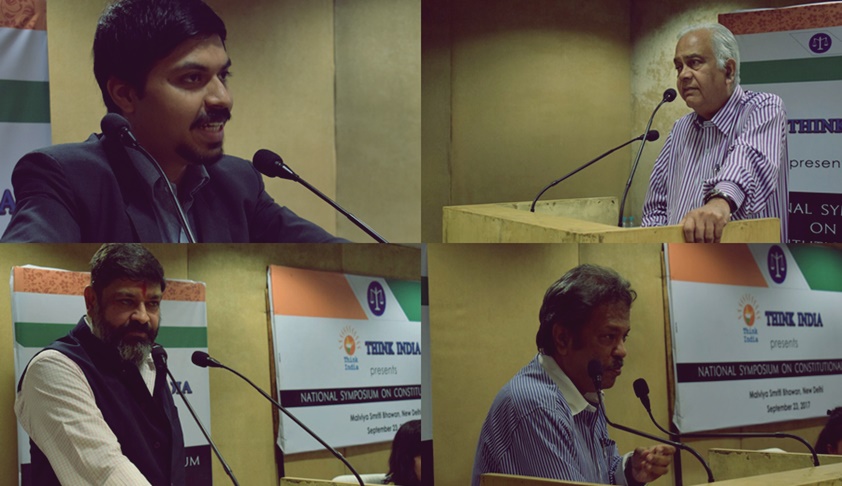 The symposium was divided into 4 Sessions titled Locating Indian Constitutionalism, Federalism and Art. 356, Rights and Duties in current perspective and Courts and Tribunals: Journey so far and way ahead.

In a healthy interaction with the attendees Mr. Nadkarni attacked judiciary for encroaching upon other domains gradually. Mr. Namit Saxena opened the sessions with dissecting the constitutional understanding into written and unwritten constitutions and shared interesting anecdotes.

Following him, Mr. Hanu Bhaskar related law and constitutional principles with common logic. In his brilliant speech, Senior Advocate Mr. Shekhar Naphade traced the history of misuse of Article 356 and shared the importance of Article 365 which was endorsed fully by Justice Garg.

In the post lunch sessions, Mr. J Sai Deepak and Mr. V. Shekhar enlightened the gathering on Rights and Duties in current perspective and Senior Advocate Mr. R.K. Raizada and Justice (Retd) Permod Kohli discussed tribunalization and the journey so far and way ahead on it.