Need for a United or Unified Code? Understanding the Implications of the Uniform Civil Code 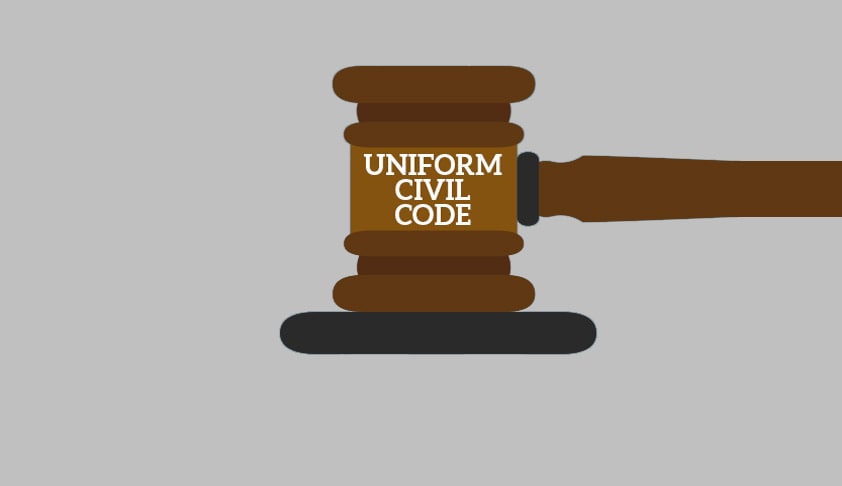 Before the NarendraModi-led BJP government came to power, one of its primary propaganda in its manifesto was the implementation of a Uniform Civil Code (UCC), which has been a question of long debate and discussion for several decades. The Supreme Court of India, recently questioning the Government‘s confusing stance on this issue on a PIL filed before it, initially sought for an...

Before the NarendraModi-led BJP government came to power, one of its primary propaganda in its manifesto was the implementation of a Uniform Civil Code (UCC), which has been a question of long debate and discussion for several decades. The Supreme Court of India, recently questioning the Government‘s confusing stance on this issue on a PIL filed before it, initially sought for an effective reply and status update on its implementation. But on subsequently hearing the matter at length, arrived at a conclusion that a mandamus directing or compelling the parliament to introduce a uniform code would amount to a judicial overreach and entering the domain of the legislature, which is not permissible as Courts shouldn’t legislate.

The Government’s attitude on the other hand though seems to be heavily inclining towards bringing forth an effective code as soon as possible, considering that they have asked the Law Commission of India to examine the implications and impact of introducing the same. But can this really be made a reality considering the serious opposition it is facing from minority groups and politicians, who claim the Government to be imposing and thrusting its Hindutva ideologies? In a vibrant nation and democracy as vast as ours, it is crucial that the Government has an effective consultation process and invoke everyone’s trust and approval, before hurrying to legislate on such an important and sensitive subject.

When the Britishers first invaded India, they predominantly faced the obstacle of dealing with a staggeringly large number of people who were highly diverse and fragmented, in terms of their religious beliefs and customs, which in fact worked to their advantage. They adopted the principle of divide and rule instead of unity and decided to adopt a liberal attitude by allowing various religions to practice their personal laws as they quickly realized that the Indians were better to rule if they were separated than united. But the framers of the Constitution, realizing the uniqueness of our diversity and the serious backwardness in our personal laws, decided to introduce Article 44, which sought to strive and secure for the citizens of India a Uniform Civil Code. This introduction though, was seriously contested and opposed by the Muslim leaders in the constituent assembly, who were later joined by other minority religious groups, due to the apprehension that their personal law might be abrogated and had it pushed away from being implemented as a fundamental right to a Directive Principle of State Policy. But as time flew by, successive governments, after realizing the sensitivity of the issue, decided to avoid the subject as a whole and converted this opportunity by propagating religion based politics.

Need for an Effective UCC

The principle behind a Uniform Code is the collation of all personal laws. At present, Hindus are the only group that have a codified law, meaning thereby that all other religions such as Islamism, Christianity and the like, are free to practice their customary beliefs and methods. But this approach of free practice has several flaws. For instance, if there was no codification of Hindu Laws, the regressive and horrendous practice of Sati would have been justified as legitimate, as customs validate the same. Similar is the case with child marriage. On the contrary, since there is no codified law for Muslims, there are instances of polygamy, restricted access to alimony, including a recent case wherein a husband sent a talak message to his wife through Watsapp,(the custom of Talak is at present challenged before the Supreme Court) and the like. In fact, what can be discerned is that all these laws are not only substantially anti-woman and blasphemous,but they portray the feminine gender in a very degrading and demeaning manner. If these personal laws were tested against the doctrine of equality, many of them would be found unjust and arbitrary.

Therefore, the arguments advanced by several minority groups that Article 25 (2)or any other Article of the Constitution provides enough safeguards for the respective religions to practice their own ideologies and that no code or law can question them have been construed as flawed by the Courts time and again. Any customary belief or practice though not directly falling under the contours of Article 13 or Article 372 of the Constitution, still does not give an entitlement to various religious groups to propagate and practice arbitrary and discriminatory customs and beliefs, which are not only in direct contravention to the principles enshrined under Article 14 and other fundamental rights but against the very fabric and objective of the Constitution, i.e. to promote secularism. In a vibrant nation such as India, which takes great pride in its rich heritage and culture, every effort should be taken in equally protecting the fundamental rights of woman who are ill-treated due to the existence of such archaic customs and practices.

In fact, the Supreme Court in Ms. JordenDiengdeh v. SS Chopra(1985 AIR SC 935),after reviewing and collating the various laws, has emphasized that steps be initiated to enact a Uniform Civil Code as envisaged by Article 44 of the Constitution of India in the following words: “…the law relating to judicial separation, divorce and nullity of marriage is far, far from uniform. Surely the time has now come for a complete reform of the law of marriage and make a uniform law applicable to all people irrespective of religion or caste…We suggest that the time has come for the intervention of the legislature in these matters to provide for a uniform code of marriage and divorce.” The principle was similarly echoed nearly after a decade in SarlaMudgal v. Union of India(1995 SCC (3) 635),that Article 44 is based on the concept that there is no necessary relation between religion and personal law in a civilized society. The court further pointed out that successive governments in India till date have been wholly remiss in their duty of implementing the constitutional mandate and that the government should endeavor to secure for the citizens a Uniform Civil Code throughout the territory of India.

The Way Forward: Equality & Unity to be Paramount

Not much progress has so far been made towards achieving the ideal of a Uniform Civil Code, which still remains a distant dream. The only tangible step taken in this direction has been the codification and secularization of Hindu Law. The Narendra Modi-led government has taken the right step in voicing their opinions on introducing such a code and by seeking the views of the Law Commission of India. But crafty oratory alone is not going to help. If the government is serious then it must demonstrate through action and not words. It is necessary that law be divorced from religion.With the enactment of a uniform code, secularism will be strengthened; much of the present day separation and divisiveness between the various religious groups in the country will disappear, and India will emerge as a much more cohesive and integrated nation. The diversity of religious groups in our nation only makes it difficult in its implementation but not impossible. In fact, a cue should be taken from the introduction of a Common Family Law in Goa, which governs all Goans irrespective of their religion. This enactment has worked quite smoothly till date and only goes to demonstrate that a uniform code is indeed a feasible option in India. The Government therefore, before adverting to any final decision must ensure that there is a transparent consultative process, which should involve representatives from different religious communities and the general public and genuinely understand their reservations and suggestions. In these modern times, the government should also ensure that all laws treat both men and woman as equals and that there is no arbitrariness or discrimination. The essence and objective of introducing a Uniform Civil Code should therefore, be to bring harmony and remove communal discord and tension by promoting secularism. It should clearly be explained and understood by all that the Constitution is the supreme document of the land and no custom, practice or belief can prevail if it impinges upon the fundamental and secular fabric of this country.