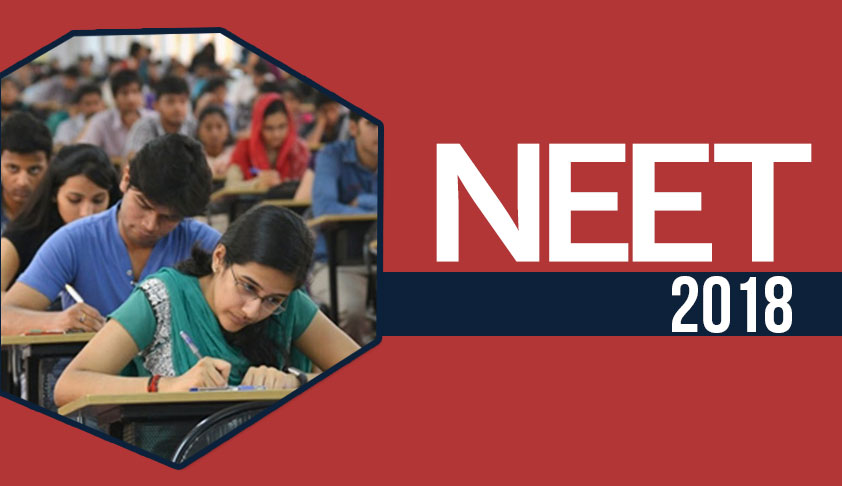 The Bench comprising Justice C.T. Selvam and Justice A.M. Basheer Ahamed ruled, “We are of the view that students who have taken the NEET-2018 examination in Tamil medium suitably should be compensated to provide them a level playing field.”

The order was issued on a petition filed by Communist Party of India (Marxist) MP TK Rangarajan, who had alleged that 49 out of the total 180 questions had been wrongly translated from English to Tamil.

In order to bolster his contentions, Mr. Rangarajan had submitted a note before the Court with a table of the erroneously translated questions, alongside their correct translations. While he had also rallied against NEET altogether in his petition, the Court restricted its consideration to the question of grant of grace marks to students.

The Bench refused to accept CBSE’s contention that they have no role to play, except for conducting the examination and declaring the results. It in fact opined that CBSE had an obligation to inform the students about the meaning of respective medical terms, if their English names were being used.

It observed, “We would think that if medical terms in English used by experts may be used in question papers, then CBSE had an obligation to inform the students community what the respective medical term meant/relates to.

English, is to us a Foreign language. It is common knowledge that save for those who have had the good fortune of studying in elitist English medium schools, the average knowledge of English even of one who has gone through school in the English medium of study, generally is just about adequate. Can a student, who all through his school years has studied in the Tamil medium and in all probability given to ‘nibbling at the edges’ in so far as English is concerned, be told that in case the question in Tamil is ambiguous, the English version would be treated as final. We think not.”

Besides, the Court also rejected CBSE’s assertion that teachers would have knowledge of the relevant technical terms and would have taught the same to the students. Thereafter, allowing the petitions, the Court ruled, “We directed the 2nd respondent/ CBSE to grant 4 marks for each of the 49 erroneous questions, that is in all 196 marks to the candidates who took the MEET (UG)-2018-19 examination in Tamil medium.”