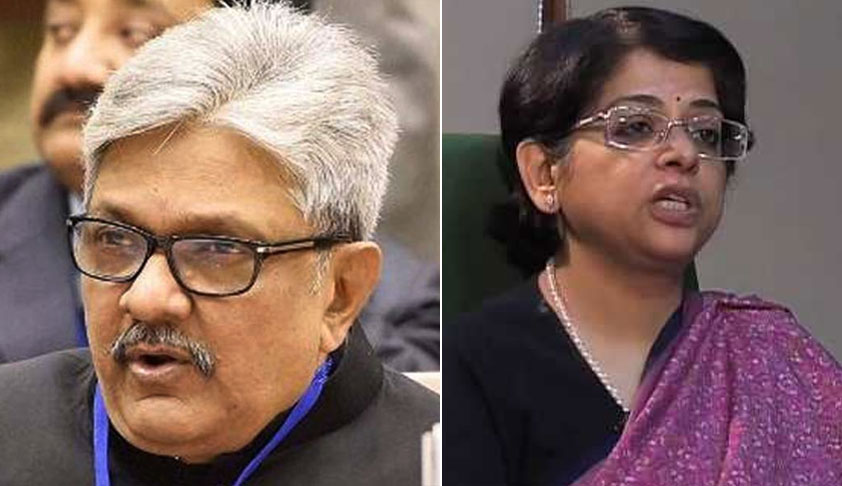 When speech is the duty, it is a sin to be silent. The hottest place in hell is reserved for such sinners, it is said. We may not be able to reserve the cosiest part of heaven for ourselves, but try we must dereserve the hottest spot in hell. Let me try.I do read a lot about the "misfortune" of Justice K.M. Joseph. I also hear about the "embarrassment" of Ms. Indu Malhotra, the first...

When speech is the duty, it is a sin to be silent. The hottest place in hell is reserved for such sinners, it is said. We may not be able to reserve the cosiest part of heaven for ourselves, but try we must dereserve the hottest spot in hell. Let me try.

I do read a lot about the "misfortune" of Justice K.M. Joseph. I also hear about the "embarrassment" of Ms. Indu Malhotra, the first woman recommended for Judgeship directly to the Supreme Court.

I am not at all on the "misfortune" of Justice Joseph. Between the last few years of his career possibly as a very junior puisne Judge of the Supreme Court and last (minus three) years as Chief Justice of a High Court, I do not think Justice Joseph is any big loser personally.   In the evening of my life and career,  when I attempt to spot great and sublime Judges that I have come across, it is not only Supreme Court Judges or Chief Justices that come to my mind. I have had the occasion to practise before and work with many who occupied much lesser chairs but whose moral and ethical fibre, sublimity and consequently the reverence they evoked are higher than many who occupied higher chairs in their career. In the ultimate reckoning, the judgment on the Judge is not on the basis of the chair that he scaled in the hierarchy, but only on how he performed in the chair that he occupied.

Believe me, Justice H. R. Khanna who was denied the Chief Justices chair, for the verdicts that he boldly rendered does live with fragrance in our minds even today than the many lesser mortals who occupied the great chair before and after. If Justice Joseph were denied the chair that he legitimately deserves after the Collegium recommendation, only for having written a bold Judgement as dictated by his conscience, he would live longer in our minds. The profession and the polity – the Judge of Judges, would rank him much higher in that event. It is perhaps a great compliment to Justice Joseph that in spite of the great and determined efforts  to find reasons to deny him what is legitimately due to him, except his position in all India seniority list --of all living Judges taken together, no one has been able to so far discover or even  invent anything against him. There is not a bone in his clean cupboard, it is evident.

But what must disturb the nation's conscience is the message that the powers that be are wanting to send around. “If you don’t write Judgements that are acceptable to us, beware of the consequences: we can also hurt you” appears to be the eloquent message. And not all Judges,---excuse me for saying that, are H.R. Khannas. The independence of Judiciary, the priceless asset of this constitutional republic, is at stake.

We do appear to be unconcerned and indifferent. PILs galore in our system. But no one has come up with one so far even to review the disasterous MOP direction in the NJAC judgment. The Supreme Court, though in troubles and controversies of its own, is still expected to act decisively and with moral authority. The leaders of the profession, bar associations, public men and all those who are expected to be the conscience keepers of the nation are mostly blissfully silent.

Let this be no campaign for Justice Joseph’s or Ms Indu Malhotra's elevation. It is in defence of the great system that we must act. Departing with the image of a martyr who suffered for his convictions and conscience might take Justice Joseph straight to the sublime and shining constellation -- in the company of the likes of Justice Khanna. But we may remain in the hottest spots in hell for fiddling when the institution was on fire.

Let us hang our heads down in shame-- for being worried only of our daily (or the next generation's)  bread,  for our silence and inaction even though we happen to be members of the noble profession.

We claim to be a successful 7 decades old democracy. A democracy can be termed successful not merely when elections are held once in 5 years or even earlier to elect the representatives. A successful democracy cannot be identified today using the Lincolnian definition of   ""of the people, by the people and for the people""  Democracy today is better defined as an attitude of the mind.  Success of a democracy gets reflected in our mindsets and culture. Are we able to practise " "thesis, antithesis and synthesis" in our daily lives? Do we accept that two heads are better than one? Have we perfected the mechanics and dynamics of the process of evolving a better idea by putting heads together?  Has that spirit of democracy permeated into our dining table discussions, boardroom discussions, conferences, and seminars-- not to speak of legislative and even judicial discussions. The leaders of the pillars of governance in our democracy have to prove that the consultative process can be made effective in the domain of judge appointments. If even the leaders of the Executive and the Judiciary cannot do that, that only tells us how far we are from the aspired democratic destination.

[The opinions expressed in this article are the personal opinions of the author. The facts and opinions appearing in the article do not reflect the views of LiveLaw and LiveLaw does not assume any responsibility or liability for the same]
TagsJustice K M Joseph Ms. Indu Malhotra Supreme Court
Next Story
Similar Posts
+ View more
Law Firms
+ More