Action To Be Taken Against Individuals/Organizations for Offensive Comments Against Govt: State of Bihar Issues Circular 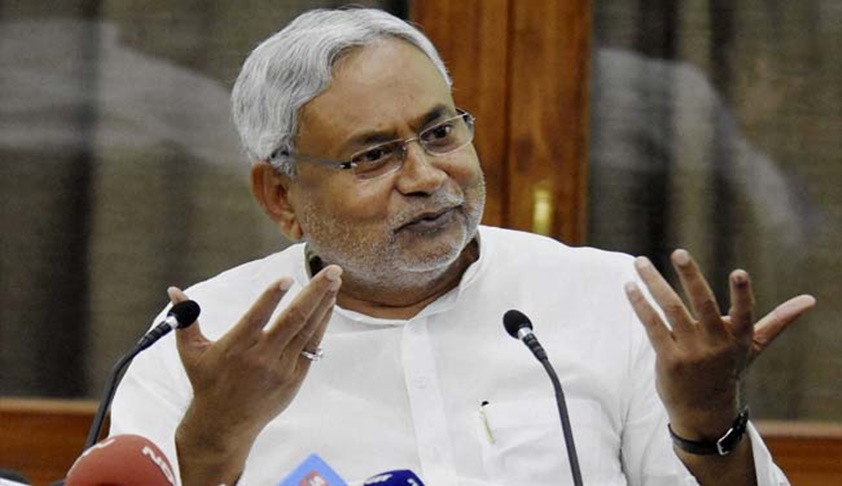 The Bihar Government has issued a circular on Thursday (21st January) which states that individuals and organisations who post "objectionable and indecent" comments (online) against the State Government, Ministers, MLAs, MPs and officials could be booked under the IT Act and the Indian Penal Code. A letter to this effect has been issued to all secretaries of the Bihar State Government...

The Bihar Government has issued a circular on Thursday (21st January) which states that individuals and organisations who post "objectionable and indecent" comments (online) against the State Government, Ministers, MLAs, MPs and officials could be booked under the IT Act and the Indian Penal Code.

A letter to this effect has been issued to all secretaries of the Bihar State Government by the Chief of the Economic Offences Wing IG Nayyar Hasnain Khan.

"It has regularly been coming to light that certain persons and organisations have been making offensive comments through social media and Internet against government, honourable ministers, MPs, MLAs and government officials as well, which is against prescribed law and comes under cybercrime laws. For this act, it seems appropriate to take action against such organisations and individuals"

The letter/circular further states that Bihar Police's Economic Offences Unit is the nodal agency for cyber-crime, and all principal secretaries and secretaries have been requested to bring "such matters" to its notice so that "suitable legal action can be initiated" against the individuals/organizations after investigation.

After facing the backlash over this Circular, Jitendra Kumar, the Additional Director General Headquarters said,

"Criticism is healthy for democracy. But criticism must be constructive and the language used must fall within the norms of decency. This advisory was issued keeping in mind rumours and factually incorrect information and involving the use of insulting language on social media - these are punishable offences under the IT Act."

Kerala Government had, in October 2020, decided to amend the Police Act to include intimidation, defamation, or insulting of any person through social media as an offence punishable with imprisonment of term upto five years and/or upto 10,000/- fine.

The Government had, in a press release, said that it was concerned about the increasing incidents of crimes perpetrated through social media. The existing laws are found to be insufficient to deal with such crimes, especially after the Supreme Court struck down Section 66A of the Information Technology Act and Section 118(d) of Kerala Police Act.

On 21st November 2020, the Kerala Governor had even signed an ordinance to incorporate Section 118A in the Kerala Police Act which made intimidation, defamation, or insulting of any person through social media as an offence punishable with imprisonment of term upto Three years and/or upto Rs. 10,000/- fine.

The provision stipulated either imprisonment for up to three years or a fine of up to Rs 10,000 or both to those who makes, expresses, publishes or disseminates content through any means of communication with an intention to intimidate, insult or defame any person through social media, knowing it to be false.

"118 A. Punishment for making, expressing, publishing or disseminating any matter which is threatening, abusive, humiliating or defamatory─ Whoever makes, expresses, publishes or disseminates through any kind of mode of communication, any matter or subject for threatening, abusing, humiliating or defaming a person or class of persons, knowing it to be false and that causes injury to the mind, reputation or property of such person or class of persons or any other person in whom they have interest shall on conviction, be punished with imprisonment for a term which may extend to three years or with fine which may extend to ten thousand rupees or with both"

Soon thereafter, various activists and political parties had started criticizing this move by the Government saying that it would tantamount to curbing free speech.

The provision was criticized as highly vague and subjective and also as an attempt to circumvent the Shreya Singhal judgment, whereby the Supreme Court had held that Section 118(d) of Kerala Police Act (a similar provision) violated right to free speech under Article 19(1)(a) of the Constitution of India.

Subsequently, the Kerala High Court was informed by the Additional Advocate General of Kerala that the Cabinet has decided to withdraw the controversial Amendment to Kerala Police Act introducing Section 118A of the Act.

Further, on 25th November, 4 days after he signed the ordinance, the Governor of Kerala Arif Mohammed Khan, by invoking his power under Article 213 (2) (b) of the Constitution of India, signed an ordinance to withdraw this controversial ordinance.

As per Section 118(d), any person who causes annoyance to any person in an indecent manner by statements or verbal or comments or telephone calls or calls of any type or by chasing or sending messages or mails by any means; shall, on conviction be punishable with imprisonment for a term which may extend to three years or with fine not exceeding ten thousand rupees or with both.

In Shreya Singhal judgment, the Supreme Court had held that Section 118(d) also violated Article 19(1)(a) of the Constitution of India. The offence of 'causing annoyance in an indecent manner' suffers from the same type of vagueness and overbreadth, the court had observed while striking down this provision as unconstitutional.

The court had, however, rejected the challenge against the provision on the ground of legislative incompetence. The penalty created for causing annoyance in an indecent manner in pith and substance would fall within Entry 1 List III which speaks of criminal law and would thus be within the competence of the State Legislature in any case, it had said.

Notably, the Supreme Court had, in October 2020, stayed a direction to a Delhi resident accused of making an 'objectionable' Facebook post against West Bengal Government, to appear before the Investigating Officer in West Bengal in response to a notice issued under Section 41A of the Code of Criminal Procedure.

[With inputs from The Hindu]