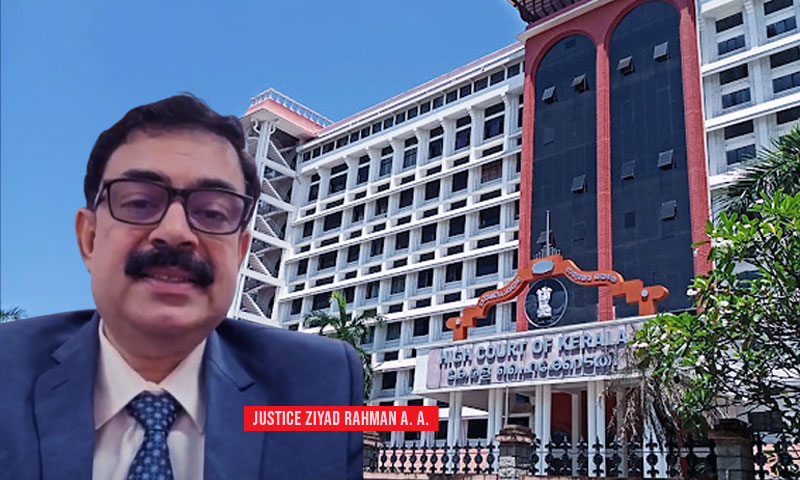 The Kerala High Court on Thursday, while dismissing the petition filed by the survivor of the sexual assault to transfer the case from the Principal Sessions Court, Ernakulam, berated the media for creating an air of distrust brought about through the 'trial' conducted in their studios.

Justice Ziyad Rahman A.A., while observing that the petitioner had been a "victim of such wrong perceptions and aspersions created by the media", went on to observe,

"Although criticism is the backbone of democracy and the media is expected to do that, in this case, it is seen transgressed the limits of fairness, reasonableness and rationality".

The Court in the instant case noted that the petitioner had possibly been skeptical about the entire proceedings right from the inception, which could very clearly be revealed from the developments in the case. It was noted by the Court that initially, the petitioner had wanted the trial to be conducted before the Sessions Court presided by a woman judge instead of the Principal Sessions Court, which had been permitted by the Court. Subsequently, a transfer petition had been filed by her alleging personal bias against the aforementioned woman judge, which was found to be devoid of any valid legal grounds. A writ petition was also filed by the petitioner in recent times, raising allegations against the investigation team, and requesting that further investigation be conducted under the supervision of the High Court. When this writ petition came up before another Judge of the High Court of Kerala, a request was placed by the petitioner that the said Judge ought not to hear the case and sought his recusal, pursuant to which the Judge had recused himself. It is thereafter that the instant transfer petition had been submitted before the Court, seeking transfer of the Sessions Judge for the second time.

The Court thus noted that this atmosphere of distrust that the petitioner had towards the present Sessions Judge, the Judge of the High Court, and towards the investigation team were quite possibly influenced by the impressions created by the media through their trials.

"Possibly, the frequent discussions and debates conducted and being conducted by various News Channels in connection with this case for several days and months created some wrong perceptions about the trial of the case, and it apparently influenced the general public at large, including the petitioner", it was observed.

The Court further noted that in these media debates and trials

"claimed to be carried out to enlighten the public at large, convey their views(instead of news), without even fully knowing the nature of materials placed before the court, without properly understanding the circumstances under which the courts take decisions and unaware of the legal provisions and principles relied on/applied by the courts".

The Court at this juncture, further relied upon its observations made in P. Gopalakrishnan @ Dileep & Ors v. State of Kerala (2022), which arose from the connected case of this case, wherein this aspect of media trials had been elaborately discussed.

"This case has generated a lot of media attention. Mainstream television media and social media have commented upon the way this Court went upon its business in handling this case. Observations made in Court during the course of hearing have been dissected and made subject matter of intense discussion. The existence of a vibrant, independent and free press is no doubt essential to democracy. The Constitutional Courts in this country have been zealous to protect the freedom of speech expression but this cannot be a licence for persons armed with half baked facts with little or no knowledge of how the judiciary functions and little or no knowledge of the fundamental legal principles that govern it, abuse the justice delivery system", it was reiterated.

At this juncture, the Court observed that it was time to take stock of the situation, and leave the judicial system to do its job, while coming down heavily upon the media for transgressing the limits of fairness, reasonableness and rationality in the instant case.