"Advocate General's Office Can't Be Left Vacant": Allahabad HC Directs UP Govt To Take A Decision To Appoint AG By May 16 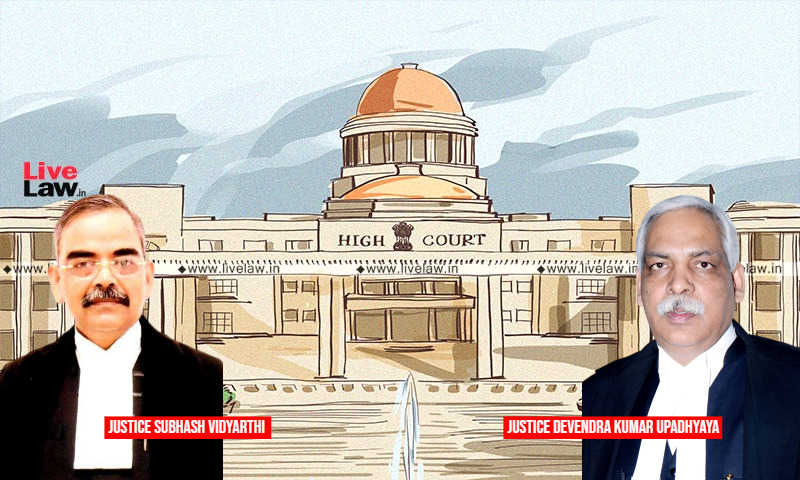 Dealing with a Public Interest Litigation (PIL) plea concerned with the appointment of the Advocate General in the State of Uttar Pradesh, the Allahabad High Court has directed the State Government to take a decision in this regard by May 16, 2022.

The bench of Justice Devendra Kumar Upadhyaya and Justice Subhash Vidyarthi further stressed that the office of Advocate General cannot be permitted to be left vacant.

"Any vacuum in the office of a constitutional functionary may lead to very unsavory situation and that would be completely impermissible not only having regard to the scheme of our constitution but also bearing in mind various statutory functions which are to be performed by the Advocate General," the Bench further remarked.

The PIL plea in a brief

Essentially, one Rama Kant Dixit had approached the High Court with a prayer to appoint a new Advocate General for State "without any further delay". The plea also sought a direction regarding fixing of the monthly remuneration which is to be paid to the AG (Attorney General for India as well Advocate General for the State) for performing the duties of the office.

At the outset, the Chief Standing Counsel drew Court's attention to certain allegations made against the Lawyers' community at Large in the plea.

When the Court asked the petitioner-advocate as to what is the source of such irresponsible, reckless, and even scandalous statement, the petitioner said that he had simply put his signature on the writ petition even without going through the averments made therein.

To this, the Court, expressing its concern over this matter, remarked thus:

"We appreciate the candid confession made by the petitioner, who is a practicing lawyer of this Court of standing having 27 years, however, we are not impressed. He has also informed that he is a member of the Governing Council of the Oudh Bar Association. We also express our concern for the manner in which such a statement appears to have been made in the writ petition, that too, in a petition filed allegedly in the larger public interest. We are constrained to observe that filing a PIL with no sense of responsibility can not be appreciated. Such an act on the part of the petitioner is reprehensible."

In the aforesaid view of the matter, the Court decided not to permit the petitioner to pursue the petition any further and the office was directed to change the cause title of the petition and register it as "Suo Motu PIL in re: Appointment of/Vacancy in the office of Advocate General".

Further, noting that no details as regards the remuneration being paid or drawn by either Attorney General or Advocate General in the State of U.P. had been given in the plea, the Court dismissed the plea with regard to this prayer and confined itself to the prayer regarding a delay in the appointment of the Advocate General for the state.

Referring to Article 165 of the Constitution of India (Advocate-General for the State), the Court said that there is no doubt that as per the scheme of our constitution, any vacancy in the office of Advocate General should not be permitted to remain unfilled without any effort to fill it up.

The Court also highlighted various functions and constitution as well as statutory duties of the Advocate General and noted that the incumbent Advocate General (Raghvendra Singh) has tendered his resignation, though the same has not been accepted.

The Court also noted that the incumbent Advocate General, after submitting his resignation from the office, has vacated his official accommodation, his office in the High Court, Lucknow, and has stopped discharging the duties and functions of the office of Advocate General.

In this view of the matter, the Court expressed its solemn hope and expectation that by the next date of listing (May 16), the State shall take all remedial measures to ensure that the office of Advocate General does not remain either vacant or non-functional.

Lastly, the Court appointed Satish Chandra 'Kashish', a practicing lawyer of the Court to assist it as Amicus Curiae in the matter

Case title - Suo Motu PIL in re: Appointment of/Vacancy in the office of Advocate General