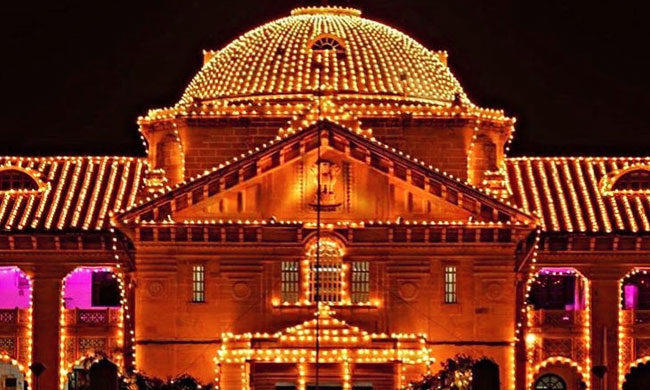 The Allahabad High Court on Monday allowed a bail petition filed directly before it under Section 439 for CrPC without requiring the Petitioner to first approach the Trial Court, on account of the lockdown situation.

The bench comprising of Justice Siddharth observed that the case, originating in the Mathura district, could not be heard by the Trial Court as the same has been declared a Red Zone by the State Government and the local courts situated therein are shut due to Corona scare.

Thus recognizing the "extraordinary circumstances" of the case, the bench agreed to hear the bail plea, without requiring the Petitioner to first approach the Trial Court.

"Extraordinary circumstances requires extraordinary remedies and therefore this court is inclined to consider the present bail application in exercise of its power under Section 439 Cr.P.C., but without making it a precedent for normal times," the bench said.

Reliance was placed on Sandeep Kumar Bafna v. State of Maharashtra & Anr., 2014(16) SCC 623, wherein the Apex Court had held that the High Courts have the power and jurisdiction to entertain the plea of surrender and also bail thereafter directly without compelling the accused to first approach the court of Sessions.

In the present case, the bench observed, the question of surrender did not arise as the Petitioner was already in Police custody since April 19, 2020, allegedly for transporting of a batch of syrups that contained certain banned drugs. He had been booked under Sections 420, 467, 468, 471 of IPC r/w Section 8/21 the NDPS Act.

The Petitioner's counsel, Senior Advocate Anoop Trivedi argued that the Petitioner was merely the Manager of the Cargo Company that was transporting the goods and that he had nothing to do with the chemical composition of syrup being transported or legal requirements of its contents, which was concern with the manufacturer and purchaser.

Keeping in view the nature of the offence, evidence on record regarding complicity of the accused, larger mandate of the Article 21 of the Constitution of India and the dictum of Apex Court in Dataram Singh v. State of UP & Anr., (2018) 3 SCC 22- "Bail is rule Jail is the exception", and without expressing any opinion on the merits of the case, the court allowed the bail application on furnishing of a personal bond and two sureties each in the like amount to the satisfaction of the court concerned.