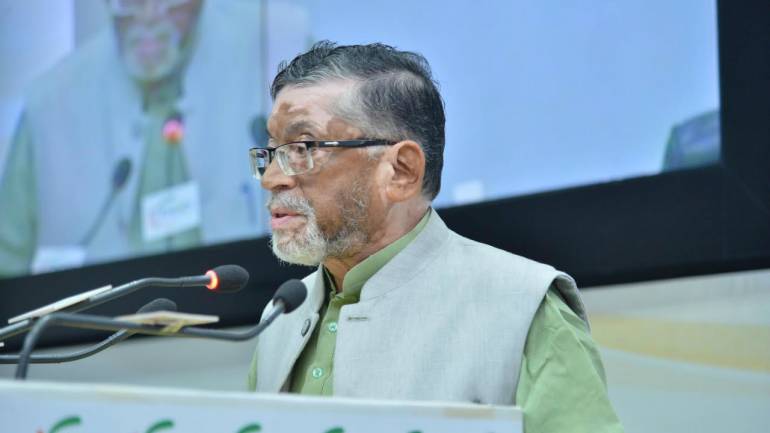 Reiterating the settled law that statements made in an election petition must be specific and backed by cogent evidence, the Allahabad High Court today dismissed a challenge to the election of MP Santosh Kumar Gangwar, Minister of State with independent charge in the Ministry of Labour and Employment, Govt. of India. "The parties must plead the material facts in the election...

Reiterating the settled law that statements made in an election petition must be specific and backed by cogent evidence, the Allahabad High Court today dismissed a challenge to the election of MP Santosh Kumar Gangwar, Minister of State with independent charge in the Ministry of Labour and Employment, Govt. of India.

"The parties must plead the material facts in the election petition and adduce the evidence substantially on the basis whereof, the court may proceed to adjudicate the issue as to whether prima facie case is established and if there is any absence of the pleading, evidence or any infraction in law, such election petition cannot be entertained," Justice Naheed Ara Moonis held.

Gangwar won the 17th Lok Sabha election for the BJP from Bareilly Lok Sabha seat. The Petitioner, Advocate Rakesh Agarwal was one of the electoral candidates.

In his plea, Agarwal alleged that on the date of election, Gangwar was not qualified in terms of Article 102(1)(d) of the Constitution, to hold elections.

Article 102(1)(d) stipulates that a person shall be disqualified for being chosen as, and for being, a member of either House of Parliament if he is not a citizen of India, or has voluntarily acquired the citizenship of a foreign State, or is under any acknowledgement of allegiance or adherence to a foreign State.

It was also alleged that Gangwar adopted all sorts of corrupt practices to win the election. "He gave one crore rupees to the congress candidates to ensure that he should not contest the election fiercely and vigorously by throwing his life and soul together. He further gave a heavy amount of money to almost all the Muslim candidates, so that he could stop polarizations of votes in favour of the petitioner and he was successful in his drive and illegal designs," the plea read.

The Petitioner also averred at length about the possibility of manipulation of EVM machine by the ruling dispensation.

In its order, the high court noted that the Petitioner had only raised bald allegations and had not supplied any supporting documents. This was held to be a clear violation of the Allahabad High Court Rules, 1952, which clearly stipulate that the election petition must be accompanied by the documents that the Petitioner seeks to rely upon.

The court further noted that the Petitioner had not impleaded any persons who indulged in the alleged corrupt practices adopted by the Petitioner. It said,

In these circumstances, the court said,

"Merely by raising bald allegations and controverting the objections in one single para as false, frivolous and vexatious will not be sufficient to declare the election of winning candidate as void. The burden of proof lies heavily on the person, who challenges the election and in the present case the petitioner has utterly failed to put forth any cogent reply for the shortcomings in the election petition as pointed out by the learned counsel for the respondent, viz., incomplete copy of election petition served on the respondent, lacking verification and swearing, not filling the list of documents as evidence to be relied by the petitioner and non-impleadment of those persons against whom allegations of corrupt practice was made, to substantiate the charge of corrupt practice."

The court clarified that there was no harm in dismissing an election petition on technical grounds because such a challenge is not based on the "principle of equity".

"An election petition is not an action at Common Law, nor in equity. It is a statutory proceeding to which neither the common law nor the principles of equity apply but only those rules which the statute makes and applies," it held.