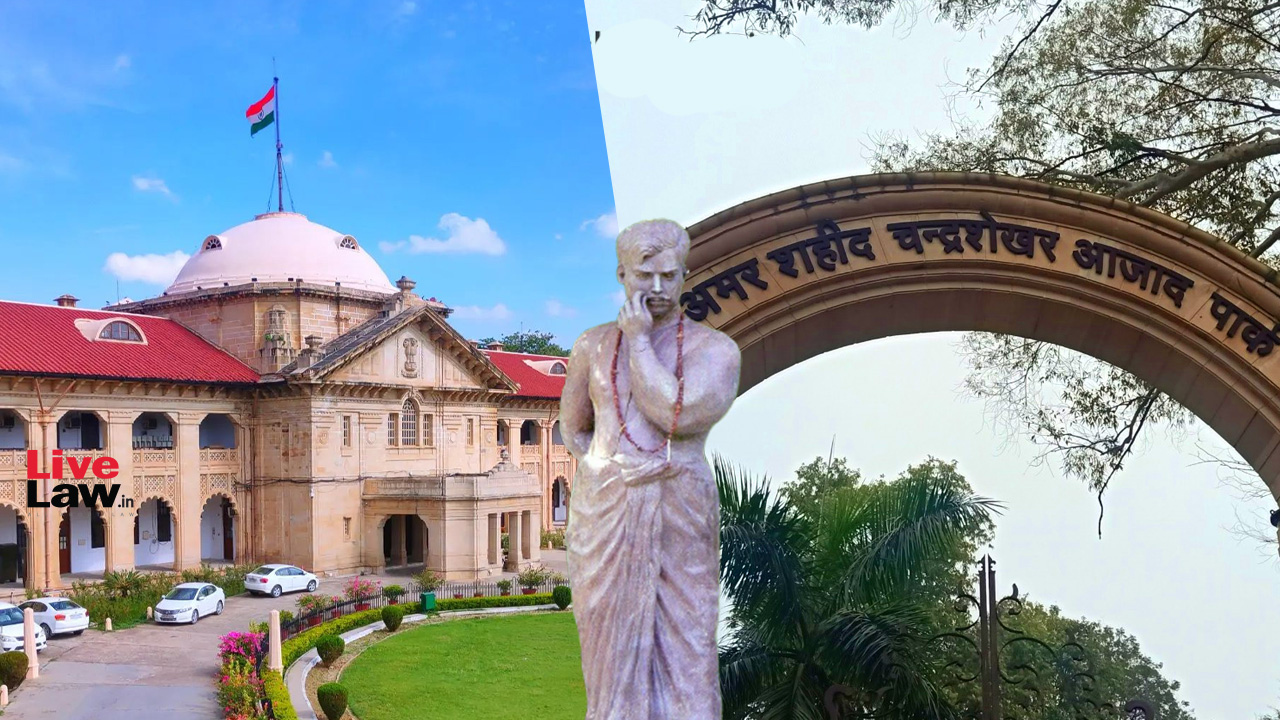 The Allahabad High Court on Tuesday rejected a layout plan of the Amar Chandrashekhar Azad Park in Prayagraj District made by a private Land Surveyor Project Consulting Engineer and directed the State Government to come up with a fresh layout plan.

The bench of Chief Justice Rajesh Bindal and Justice J. J. Munir found certain discrepancies in the layout plan prepared by the private Land Surveyor and asked the state's counsel as to why a private surveyor was appointed, however, he could not offer an explanation before the Court.

"The manner in which the plan has been prepared does not satisfy the requirements. Apparently, he is not aware of the procedure how to prepare the layout plan and show the legends...Even as per the plan produced in Court, there are lot of constructions existing at different places in the Chandrashekhar Azad park, earlier known as the Alfred Park and the Company Garden for which no explanation is available. The place where Shahid Chandrashekhar Azad laid down his life is not even pointed out in the plan," the Court remarked as it perused the layout plan submitted before it.

Consequently, the Court ordered the state government to come up with a fresh plan for the area on September 1 (the next date of hearing).

It may be noted that earlier on July 13, 2022, the High Court had directed the State Government to place before the Court a complete layout plan of the Chandrashekhar Azad Park showing the construction which is still existing in the park and the development of the area carried out after demolition of the unauthorized construction.

The Court had this order in the instant plea filed alleging that for the last few years, the members of the Muslim community in their usual manner of capturing the land for their religious purposes are trying to construct a mosque within the parking area of the park and some artificial Mazars (graveyards) have been created at the instance of fundamentalists and the patronage of the Waqf Board.

Earlier, the Uttar Pradesh Government was asked by the Court to remove all the encroachments including Graves, Mazaars or Mosque constructed or created within the area of Amar Shaheed Chandrasekhar Aazad Park.

Now on Tuesday, dissatisfied with the layout plan prepared by a private land surveyor, the Court also asked the counsels assisting the Court in the instant PIL to carry out some search as to whether any Ph.D. Degrees have been awarded on the part of the freedom struggle at Allahabad.

Further, Tahir Husain Farooqui, a counsel assisting the Court pointed out that regular news items are published in various newspapers in which reference has been made to some English Gazetteer mentioning that Colonel Neill had hanged about 640 Mewatis in three hours and forty minutes and a total of 6,746 people were killed.

Case title - Jitendra Singh Vishen And Another v. State Of U.P. And 9 Others