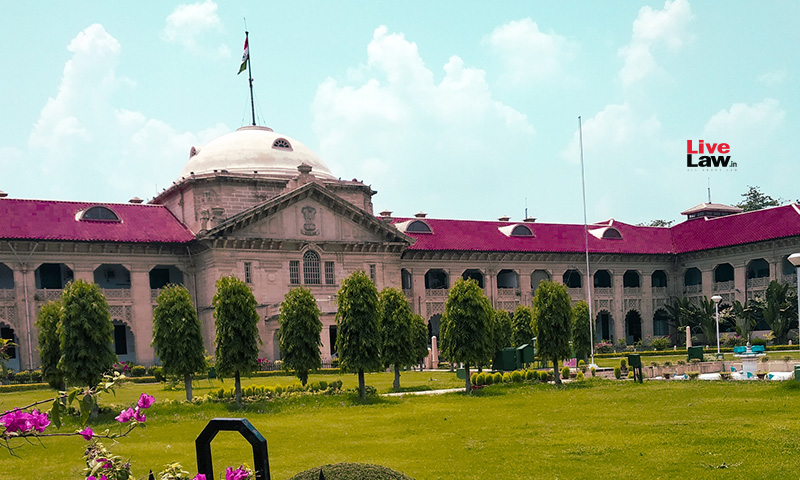 The Allahabad High Court on Thursday denied bail to an HC advocate, who has been accused of sexually and physically assaulting a Law Student for a substantial long period.

"The prosecutrix was junior in the office of the applicant. The allegations are against a person practising law and is a person in uniform involved in a noble profession. The office of a lawyer is not less respected than Courts of law."

Essentially, an FIR was lodged against the HC Advocate Patel and one Sipahi Lal Shukla by the father of the law student/victim under Section 366 IPC. He alleged that his 20-year-old daughter was enticed away by both the accused persons. He also claimed that his daughter was practicing in the High Court with Patel (the present applicant).

Later on, both the accused persons were booked under Sections 366, 376, 354-A, 328, 323, 504, 506 I.P.C. The prosecutrix had, in her statements recorded under Section 161 CrPC and under Section 164 CrPC, alleged that the applicant/advocate exploited her at the initial stage and then committed sexual assault on her.

She also explained the circumstances under which she was being threatened and continued to be exploited.

It was further argeud that the prosecutrix had stated that she had aborted her pregnancy four times but there was no evidence regarding the said allegation. It was further contended that she is a major, as per her own version, used to come to the High Court with an Advocate and was working with him and as such was in the knowledge of legal proceedings and she kept on changing and improving her version.

On the other hand, the Counsel for the State and High Court Legal Service Committee argeud that the applicant, as an Advocate, had exploited a girl who was a law student on the pretext of imparting legal training to her through his office and courts.

It was further argued that the victim had explained the circumstances under which she was being threatened and was continued to be exploited. In so far as the physical assault is concerned, the doctor has found injuries on her body which corroborate with her version.

Against this backdrop, the Court noted that the allegations against the bail applicant were of sexual assault and physical assault upon the prosecutrix which had continued for a substantially long period and that the act as complained of by her against the applicant was told by her in detail in her statements recorded under Sections 161 CrPC and Section 164 CrPC

The Court further observed that there had been no reason spelt out as to why the applicant was being falsely implicated. Therefore, the Court rejected the bail application by observing thus:

"...the investigation for other accused persons is pending and the apprehension of learned counsels for the State and of the panel lawyer of High Court Legal Service Committee of the applicant being in a position to influence the investigation and tamper with the evidence cannot be ruled out at this stage...Looking to the facts and circumstances of the case, I do not find it a fit case for bail, hence, the bail application is rejected."