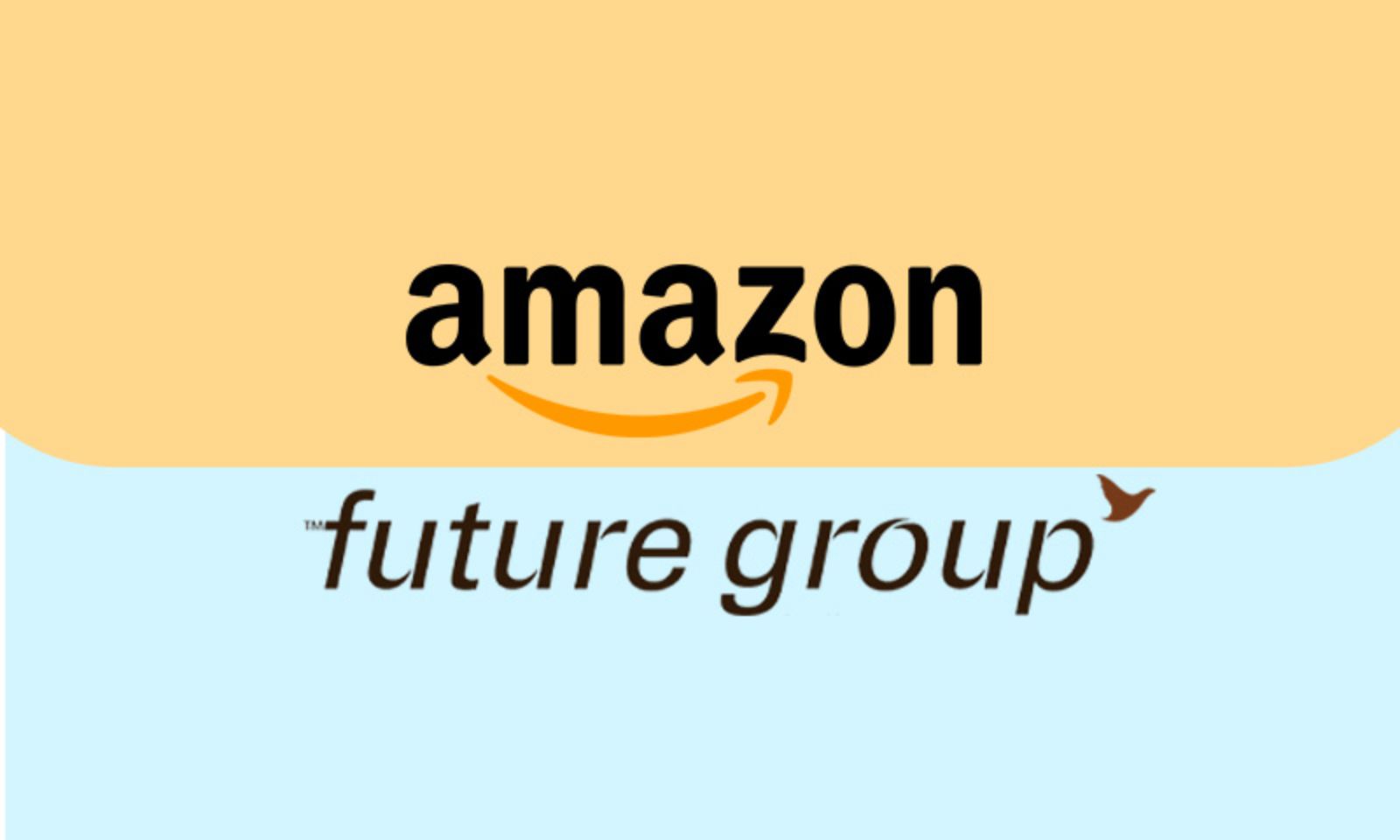 The Delhi High Court has dismissed the petition filed by Future Coupons Pvt. Ltd., challenging the order passed by the Arbitral Tribunal allowing Amazon's application for amendment of Claims, seeking repudiatory damages for breach of Agreements executed with Future Coupons. The Court ruled that the said order was interlocutory in nature, and thus, it is not amenable to challenge...

The Delhi High Court has dismissed the petition filed by Future Coupons Pvt. Ltd., challenging the order passed by the Arbitral Tribunal allowing Amazon's application for amendment of Claims, seeking repudiatory damages for breach of Agreements executed with Future Coupons. The Court ruled that the said order was interlocutory in nature, and thus, it is not amenable to challenge under Article 227 of the Constitution of India.

The Court added that Section 34(2)(a)(iv) of the Arbitration and Conciliation Act, 1996 (A&C Act) specifically envisages challenge to a final arbitral award, on the ground that the award dealt with a dispute outside the terms of reference to arbitration. Therefore, the remedy under Section 34 of the A&C Act, to challenge the final award, subsisted and was available to the petitioner, the Court said.

The single bench of Justice C. Hari Shankar reiterated that interlocutory arbitral orders are amenable to challenge under Article 227 of the Constitution only in cases where the order is assailed on the ground of want of good faith, or where the party is otherwise remediless.

A Share Holders Agreement was executed between Future Coupons Resources Pvt. Ltd (FRL) and Future Coupons Pvt. Ltd. (FCL). Also, a Share Holders Agreement and a Share Subscription Agreement was executed between FCL and Amazon.Com NV Investment Holdings LLC (Amazon), envisaging investment by Amazon to acquire 49% equity in FCL. A conditional approval was granted by the Competition Commission of India (CCI) for Amazon to invest in FCL.

Thereafter, FCL gave consent to FRL to enter into a Scheme of Arrangement with Reliance Industries Limited, under which the retail assets of FRL and its group companies, including the supermarkets run under the name "Big Bazaar", were to be sold to Reliance. Aggrieved by this, Amazon initiated arbitral proceedings under the aegis of the Singapore International Arbitration Centre (SIAC). Amazon claimed that it had special protective rights in FRL through FCL and that prior consent of Amazon was required to be obtained before the sale or disposal of FRL's retail assets to Reliance. Thus, Amazon sought an order restraining FRL from proceeding in terms of the Scheme of Arrangement with Reliance.

An interim order was passed by the Emergency Arbitrator, restraining FCL and FRL from proceeding with the Scheme of Arrangement with Reliance.

Thereafter, FCL filed a complaint to CCI, contending that Amazon, while obtaining approval, had concealed from CCI the factum of the Share Holders Agreement executed between FRL and FCL. The CCI passed an order upholding the objections raised by FCL and accordingly, put the approval granted by it in abeyance.

Relying on the CCI order, the petitioners, including FCL, applied to the Arbitral Tribunal under Section 32(2)(c) of the A&C Act, seeking termination of the arbitral proceedings. The petitioner contended before the Tribunal that since the approval granted by CCI was placed in abeyance, the Share Holders Agreement and the Share Subscription Agreement executed between FCL and Amazon could no longer be acted upon. Therefore, it argued that there was no dispute which survived for adjudication before the arbitral tribunal.

After Reliance took over several retail assets of FRL, which were the subject matter of the Scheme of Arrangement, Amazon filed an Addendum before the Arbitral Tribunal to supplement its Statement of Claims, claiming repudiatory damages.

Amazon, in its Addendum, contended that since the retail assets of FRL were sold to Reliance, the order of injunction passed by the Emergency Arbitrator had been breached. Amazon averred that the said act amounted to "repudiatory breaches" of all the Agreements between the parties. It contended that the prayers in the original Statement of Claims, seeking specific performance of the Agreements, had become incapable of being granted. Amazon claimed that the repudiatory breaches of the agreements by FRL and FCL, had entitled Amazon to repudiatory damages.

The Arbitral Tribunal passed an order allowing the application filed by Amazon under Section 23(3) of the A&C Act, to supplement its Statement of Claims.

Against the order passed by the Arbitral Tribunal rejecting FCL's application seeking termination of the arbitral proceedings, as well as the order passed by the Tribunal allowing Amazon's application to supplement its Statement of Claims, the petitioners- including Future Coupons Pvt. Ltd. (FCL) and Future Coupons Resources Pvt. Ltd. (FRL), filed a petition under Article 227 of the Constitution of India before the Delhi High Court.

The petitioner FCL submitted before the High Court that the new reliefs sought by Amazon relating to the repudiatory damages, was predicated on a new cause of action, i.e., the taking over of the retail assets of FRL by Reliance. It averred that Amazon sought to substitute its original claim seeking specific performance of the Agreements by a new claim.

The petitioner argued that once Amazon had acknowledged that its original claim seeking specific performance had become incapable of being granted, the only option with the Arbitral Tribunal was to terminate the arbitral proceedings under Section 32(2)(c) of the A&C Act. Further, it contended that the Arbitral Tribunal acted in manifest excess of its jurisdiction by entertaining the new claim based on a new cause of action. It added that the claim for repudiatory damages, introduced by Amazon by way of the Addendum, was beyond the terms of reference of the Arbitral Tribunal and was therefore, outside its jurisdiction.

The respondent Amazon submitted that there was no real change in the dispute between the parties and that the claim regarding repudiatory breach of agreements was also envisaged by the original Statement of Claims. The respondent added that even if it were to be assumed that the amendment of the State of Claims was beyond the scope of reference to arbitration, it was always open to the petitioners to challenge the final award.

Referring to the decision of the Supreme Court in S.B.P. & Co. versus Patel Engineering Ltd. (2005), the Court held that orders passed at the interlocutory stage in the arbitral proceedings are challengeable under Section 37(2)(a) and (b) of the A&C Act, either where a plea under Section 16(2) or 16 (3), relating to the Arbitral Tribunal's jurisdiction, is allowed or where a prayer for grant of interim measures under Section 17(1) is allowed or refused.

Further, the Court observed that an interlocutory order of an Arbitral Tribunal would also be susceptible to challenge under Section 34 of the A&C Act, where it is an "interim award".

Noting that the definition of "arbitral award" under Section 2(c) of the A&C Act includes an "interim award", the bench held that interim awards of Arbitral Tribunal are, therefore, amenable to challenge under Section 34, without waiting for the final award to be passed.

The bench noted that the Supreme Court in Bhaven Constructions versus Executive Engineer, Sardar Sarovar Narmada Nigam Ltd. (2021) has restricted the amenability to challenge interlocutory arbitral orders under Article 227 of the Constitution, to cases where, either, the order is assailed on the ground of want of good faith, or where the party is otherwise remediless.

The petitioner FCL submitted before the High Court that since there is no remedy available under the A&C Act against an order passed under Section 32(2)(c), FCL was rendered remediless and thus, the interlocutory order of the Tribunal, rejecting petitioner's application seeking termination of the arbitral proceedings, was challengeable under Article 227.

Rejecting the contention of the petitioner, the Court observed that the Tribunal did not allow the application under Section 32(2) and that it dismissed it. Therefore, the order did not terminate the arbitral proceedings. The bench held that had the Tribunal allowed the application of the petitioners under Section 32(2), terminating the arbitral proceedings, Amazon might have had a remedy under Article 227. The Court added that since there is no provision in the A&C Act, where the order terminating the arbitral proceedings could have been challenged, Amazon would have been rendered "remediless" and thus, in that case, it might have a remedy under Article 227.

"It is important to understand, in this context, what the Supreme Court intended to convey by the use of the word "remediless", as it is often sought to be contended – as has also been contended before me in the present case – that, as the 1996 Act does not contain any provision whereunder the impugned interlocutory order could be challenged, the party is, in fact, remediless. The mere fact that there is no statutory provision under which, at that stage, the aggrieved litigant could challenge the interim Award of the Arbitral Tribunal, is not sufficient to regard the litigant as remediless against the said order."

Therefore, the Court concluded that the petitioners were not "remediless".

Further, it concluded that Section 34(2)(a)(iv) of the A&C Act specifically envisages challenge to a final arbitral award, on the ground that the award dealt with a dispute outside the terms of reference to arbitration. Therefore, the bench ruled that the grounds raised by the petitioners were available to them for challenging the final arbitral award.

"Clipping of arbitral wings is against the basic ethos of the 1996 Act. Allowing free flight to arbitration is the very raison d'etre of the reforms that the UNCITRAL arbitral model sought to introduce. The 1996 Act, founded as it is on the UNCITRAL model, is pervaded by the same philosophy", the Court said.

Holding that the orders passed by the Arbitral Tribunal were not amenable to challenge under Article 227, the Court dismissed the petition.