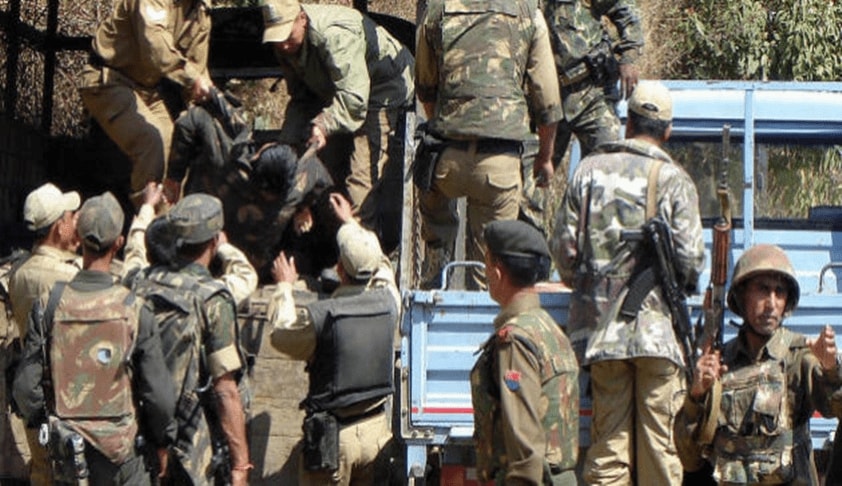 A former non-commissioned Officer of the Indian Air Force (and a final year law student) has moved the Jharkhand High Court, challenging the vires of the Armed Forces Tribunal Act, 2007, as being violative of Articles 14, 19 & 21 of the Indian Constitution. The writ petitioner, Dilip Kumar, has stated that he was compulsory discharge from his service due to accumulation of six...

A former non-commissioned Officer of the Indian Air Force (and a final year law student) has moved the Jharkhand High Court, challenging the vires of the Armed Forces Tribunal Act, 2007, as being violative of Articles 14, 19 & 21 of the Indian Constitution.

The writ petitioner, Dilip Kumar, has stated that he was compulsory discharge from his service due to accumulation of six summary punishments in his service-sheet. He further averred that he wishes to pursue legal proceedings against such punishments and dismissal before the Tribunal. However, the following provisions have precluded him from seeking justice, thus rendering the impugned Act ultra vires the Constitution.

Benches of Armed Forces Tribunal not within the accessible reach

Section 5(4) of the Act provides that the Benches of the Tribunal shall ordinarily sit at Delhi (which shall be known as the Principal Bench), and at such other places as the Central Government may, by notification, specify

Thus, the Petitioner has submitted that neither any bench of the Armed Forces Tribunal is located in the State of Jharkhand nor its appellate forum i.e. Supreme Court is within the accessible reach.

He submits that the provision overlooks the fact that may Petitioners may not have sufficient financial means/ conducive health/ the time to regularly visit such forums to conduct their cases. Thus, the provision is said to be violative of Articles 14 & 21 of the Constitution for restricting the access to justice.

He has also submitted that as per constitution bench judgments of the Supreme Court, since, AFT is substitution of High Courts, as such, its benches are mandatorily required to be co-located along with the High Courts.

Reliance is placed on Madras Bar Association v. Union of India, 2014 SCC Online SC 771, whereby a constitution Bench of the Supreme Court struck down a similar provision under the National Tax Tribunal Act, 2005.

Armed Forces Tribunal is un-independent as compared to High Courts

The Petitioner has submitted that under the Act, the Central Government has a substantial role in determining the sitting of benches.

Thus, it is contended that the AFT Act is un-independent as compared to High Courts for the:

It is again pointed out that similar provisions under the National Tax Tribunal Act, 2005 were struck down in Madras Bar Association (supra). It was held therein,

"It would be inappropriate for the Central Government, to have any administrative dealings with the NTT or its Members. In the jurisdictional High Courts, such power is exercised exclusively by the Chief Justice, in the best interest of the administration of justice. Allowing the Central Government to participate in the aforestated administrative functioning of the NTT, in our view, would impinge upon the independence and fairness of the Members of the NTT."

The Petitioner has submitted that it is beyond the law-making competence of the legislature to provide for the trial of "contempt of the tribunal" as if it were "contempt of court.

The Petitioner has stated that the impugned provision is violative of 14, 19 & 21 of Constitution for the following reasons:

"The bare reading of sub-Section19.(2) makes it clear that certain specific provisions of Contempt of Court Act, 1971 had been mutatis mutandis made applicable for the trial of "contempt of the tribunal". On this count, applicant humbly submits that such analogues application of Court of Contempt Act is constitutionally impermissible," the plea states.

""Contempt of court/itself" is an offence of sui generis which is implicit in Art. 129 and 215 of Constitution of India and further expounded by Contempt of Court Act, 1971. Offence under the said class is an offence against the sovereign judicial power which is only possessed by the Hon'ble Supreme Court and Hon'ble High Courts as being of courts of records.

…An offence of "Contempt of the tribunal" is truly not 29 an offence of "contempt of court" as "tribunals" does not discharge the sovereign judicial power like "courts". It is the partake character of judicial function which tribunal performs."

The plea states that Section 30(Appeal to the Supreme Court) and 31(Leave to appeal) of the impugned Act: