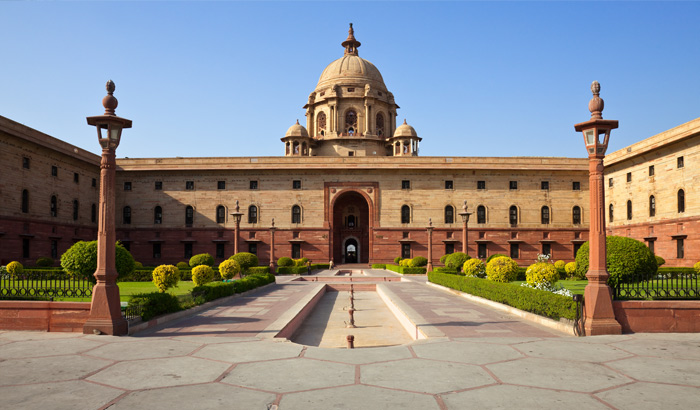 Dismissing the writ petitions filed by Petitioners, the Madras High Court held that the President's power to grant pardon under Article 72 of the Constitution included the power to impose conditions upon such pardon and the convicts were estopped from questioning the same.Background The Petitioners were three convicts who had been sentenced to death by the Sessions Court, subsequently...

Dismissing the writ petitions filed by Petitioners, the Madras High Court held that the President's power to grant pardon under Article 72 of the Constitution included the power to impose conditions upon such pardon and the convicts were estopped from questioning the same.

The Petitioners were three convicts who had been sentenced to death by the Sessions Court, subsequently confirmed by the Supreme Court. Consequently, they submitted mercy petitions to the President of India who, in exercise of powers conferred on him by Article 72 of the Constitution, accepted the petitions and granted pardon. Whilst the pardon converted death sentence to life imprisonment, it entailed a condition according to which the Petitioners were to remain in prison for the whole of the remainder of their natural lives, without being entitled to be considered for remission of the term of imprisonment.

By dint of this condition, the Petitioners were not entitled to benefit from the Sate Government's Scheme of Premature Release for Life Convicts. Aggrieved by the same, present writ petition was filed, challenging the imposition of condition on grounds of arbitrariness and seeking consequential reliefs.

The Petitioners contended that conditional pardon did not allow a reformed person to come out of jail. Such a condition was therefore against the fundamental principles of criminal law, which sought reformation and rehabilitation of a convict. Further, they argued that such a condition also violated the basic structure of the Constitution on the aspect of federalism since it interferes with the State's powers to permit premature release of life convicts. It was submitted that the benefit of such scheme of premature release should be made available to all the life convicts who have undergone a specific period of imprisonment and the order of the President was in violation of Article 14 of the Constitution of India.

Dismissing the arguments made by the Petitioners, Justice N. Anand Venkatesh justified his verdict from various perspectives. It was held firstly that the power exercised under Article 72 is absolute and it cannot be fettered by any statutory provision; such as Section 433 or 433 (A) of Cr.P.C. for granting remission. This power is of widest amplitude, uninfluenced by the judicial verdict as regards the quantum of punishment.

Secondly, it was pointed out that the exercise of this power could be subjected to judicial review only on limited grounds given the stature of the high constitutional functionary, the President. Thus, the courts could only examine the decision making process in a given case and not the decision per se, as held by the Apex Court in Kehar Singh & Anr. v. Union of India, 1989 SCC (1) 204.

The court observed that the present order of the President in fact appears to have taken cue from the verdict in Swamy Shraddananda v. State of Karnataka, (2008) 13 SCC 767, wherein the Supreme Court substituted a death sentence by life imprisonment and directed that the convict must not be released from the prison for the rest of his life or for a particular term.

Thirdly, it was held that the Supreme Court in its ruling in K. M. Nanavathi v. State of Bombay, 1961 (1) SCR 497, quoted with approval the decision of the Supreme Court of United States in Ex Parte Wells, 59 US 307:1856, wherein it was held that granting mercy was at President's disposal and he may do so upon what terms he may please. The High Court also relied on Schick v. J Reed, 1974 SCC OnLine US SC 220, which held that the no-parole condition attached to the commutation of death sentence is similar to sanctions imposed by legislatures such as mandatory minimum sentences and were perfectly legal.

Conclusively, the Madras High Court held that a convict cannot be permitted to question the conditions imposed on his pardon since it is inseparable from the clemency order. The pardon and the condition imposed come as a package. It has to be either taken as a whole or it must be dropped as a whole. The accused person cannot be permitted to take the beneficial portion of the pardon in his favour and at a later point of time, turn around and question the condition that comes with the pardon.

Arguments for the Petitioner were advanced by Advocate M. Radhakrishnan and for Respondents by Additional Solicitor General, G. Rajagopalan.