Assessing Officer Not Justified In Rejecting Audited Books Of Accounts For Producing Photocopy Of Bills: ITAT 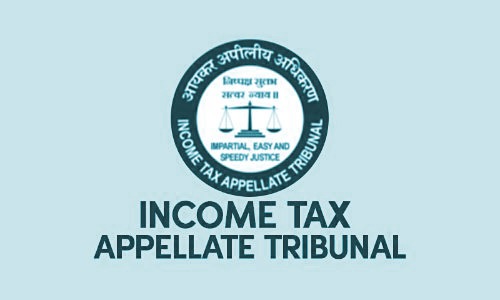 The Delhi Bench of the Income Tax Appellate Tribunal (ITAT) has held that the assessing officer was not justified in taking drastic action and rejecting books of account that are audited solely on the basis of general remarks that photocopies of the bills have been produced instead of original bills.

The two-member bench of Anubhav Sharma (Judicial Member) and Pradip Kumar Khedia (Accountant Member) has observed that an insignificant variation in the net profit ratio per se cannot lead to drastic action such as the rejection of audited books without anything more.

The appellant/assessee is in the business of manufacturing rough iron forgings and machining parts for vehicles. A survey was carried out where certain disclosures were made by the assessee. The assessee filed a return of income declaring Rs. 2,78,37,670 for the assessment year 2013–14 in question, which was subjected to scrutiny assessment. The Assessing Officer while framing the assessment, made certain additions on account of a lower net profit percentage by invoking Section 145(3). The amount of the addition was subsequently revised under Section 154, and eventually, an addition was retained on the grounds of lower reporting of net profit.

The assessee challenged the action of the Assessing Officer before CIT (A). The CIT(A) rejected the assessor's books and saw no reason to reject the assessee's plea. The additions thus made on account of low net profit were confirmed by the CIT (A).

The assessee submitted that the additions made on account of the marginal fall in net profit in question are whole without any basis and were made and sustained on flimsy grounds. The Assessing Officer has invoked the provisions of Section 145(3) and rejected the books of the account without showing any defect in the audited books of account. The Assessing Officer's reasons for applying Section 145(3) were that the assessee's declared net profit rate is 6.15%, compared to 6.52% net profit cloaked in the immediately preceding year, and that photocopies of vouchers relating to expenses were produced instead of original bills.

The assessee contended that simply because some bills presented to the Assessing Officer were photocopies would not raise any doubts about the completeness of books, ignoring tangible facts such as the availability of audited accounts and transactions. There is no marked difference in the net profit ratio, and on the contrary, the gross profit ratio is higher than the ratio shown in the previous year on a comparative basis.

The department contended that the onus was on the assessee to furnish the supporting documents in original to vouch for the authenticity of the books of accounts. The Assessing Officer was justified in proceeding with estimated additions under Section 145(3) in the absence of a discharge of onus by the assessee.

The tribunal noted that the Assessing Officer in the present case has not shown how the audited books of account maintained by the assessee are incorrect or otherwise incomplete, which is likely to vitiate the true profits of the assessee.

"No specific instance has been provided in order to appreciate how much delinquency on the part of the assessee has resulted in the unreliability of books per se. Admittedly, the photocopies of bills and vouchers were duly produced, but the Assessing Officer has not made any independent inquiry on the correctness of the bills from third parties," the court said.