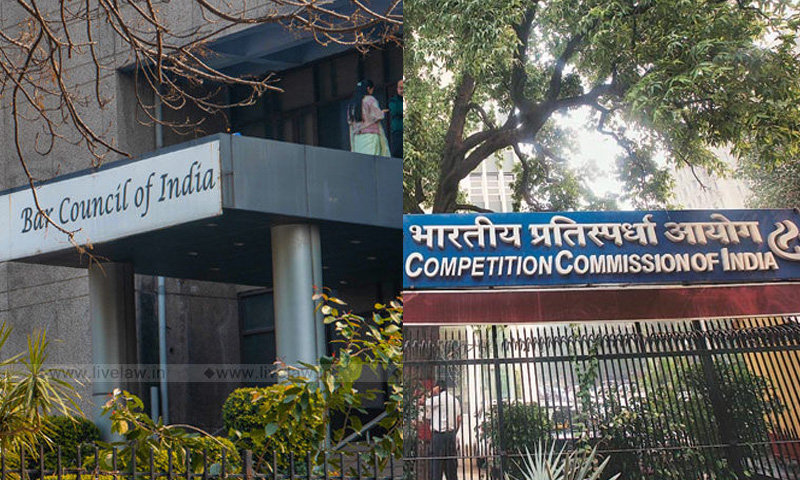 The Competition Commission of India has dismissed a complaint which alleged that the Bar Council of India was "abusing its dominant position" by imposing a maximum age limit to enter into the legal education.

The complaint was filed by Mr. Thupili Raveendra Babu, a 52-year-old executive engineer in the Central Public Works Department, who wished to pursue legal education post his retirement. The complainant's allegations arose out of Clause 28 of the Rules of Legal Education, 2008, which barred candidates belonging to the General Category over the age of 30 years from pursuing legal education. The allegations were that the Bar Council enjoys a dominant position in controlling the legal education and practice in India and it has abused such position in contravention of Section 4 of the Competition Act by creating indirect barriers to the new entrants in the legal service profession.

In order to sustain allegations under Section 4 of the Act, the opposite party must fall within the meaning of an 'enterprise' under Section 2(h) of the Act. Therefore, the Commission, before examining the facts in the matter, deemed it necessary to ascertain the status of the BCI as an enterprise. The Commission noted that the BCI, as per the provisions of the Advocates Act 1961, is empowered to carry out functions which are regulatory in nature in respect of the legal profession.

It further reiterated its observations in re: Dilip Modwil and Insurance Regulatory and Development Authority, wherein it had held that for an entity to qualify as an enterprise, it must be engaged in commercial and economic activities and regulatory functions are not amenable to the jurisdiction of the Commission.

The Commission, headed by Mr. Ashok Kumar Gupta, concluded that the BCI is not an enterprise within the contours of the Act. "In the present matter, when the BCI appears to be discharging its regulatory functions, it cannot be said to be an 'enterprise' within the meaning of Section 2(h) of the Act and consequently, the allegations made in relation to discharge of such functions which appears to be non-economic in nature, may not merit an examination within the provisions of Section 4 of the Act."

Therefore, the Commission observed that there exists no prima facie case under Section 4 of the Act against the Bar Council of India and closed the complaint.