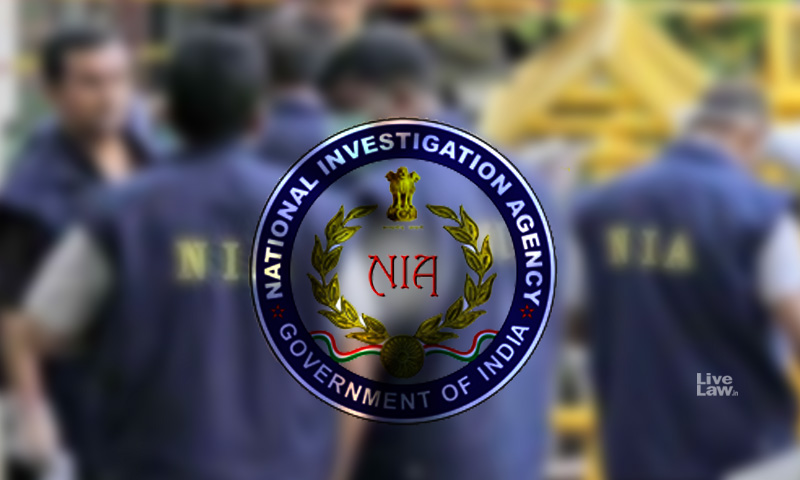 The Additional Sessions Court, Pune on Friday allowed National Investigation Agency's application seeking transfer of the trial in Bhima Koregaon case to Special NIA Court Mumbai. Firstly, the Central Government passed an order on January 24, 2020 directing NIA to take up the investigation in the case. Pursuant to this, NIA filed an application before the trial court. Judge SR...

Firstly, the Central Government passed an order on January 24, 2020 directing NIA to take up the investigation in the case. Pursuant to this, NIA filed an application before the trial court.

Judge SR Narvander in an 18-page order noted that since the investigation already stood transferred to the NIA and state also passed a corresponding order handing over the case to NIA, there was no question of entrusting the investigation to NIA as argued on behalf of the accused.

Sudhir Dhawale, Rona Wilson, Surendra Gadling, Mahesh Raut, Shoma Sen, Arun Ferreira, Vernon Gonsalves, Sudha Bharadwaj and Varavara Rao have been arrested for alleged Maoist links and Pune ATS believes that they had a role to play in inciting the caste based violence which took place on January 1, 2018 at Koregaon Bhima on 200th anniversary of the Battle of Bhima Koregaon.

"Although chargesheet has been filed in the case, some of the accused are absconding or have not been arrested. The investigation has to be continued till they are arrested, interrogated and chargesheeted. Therefore, it cannot be said that the investigation in this case has been completed and nothing remains to be done by the NIA. Even otherwise Section 173(8) of CrPC empowers NIA to make further investigation, even after filing of chargesheet. It cannot be termed as re-investigation as argued by the accused.

District Government Pleader Ujjwala Pawar submitted that the state government has also established Special courts as per Section 22 of the NIA Act at Pune and therefore it is not necessary to transmit record and proceedings to Mumbai and the case can be tried by the Special Court in Pune.

To this, Judge Narvander said-

After examining Section 22 of the NIA Act, Court observed-

"On bare perusal of the provisions, it is clear that the agency referred to in Section 22 is Investigating Agency of the state government not NIA. In other words, when investigation is carried out by NIA, only the Special Court established as per Section 11 of the NIA Act has jurisdiction to try the said case. Therefore, the arguments advanced by the learned DGP cannot be accepted."

Investigating Officer of state agency produced an order by the state government dated February 12, 2020 thereby directing handing over of investigation of the case to NIA.

"Thus, it becomes clear that the state investigating agency is handing over investigation of the case to NIA and therefore there remained no question of entrustment of the investigation to the NIA, which was raised by the accused" Court remarked.

Finally, directing ATS Pune to handover all papers of the investigation in relation to the said case to NIA, Judge Narvander said-

"The course of sending record and proceedings to the Special NIA Court, Mumbai was adopted in the previous hearing when investigation was transferred to NIA and was not questioned by any authority. That apart, the procedure being adopted for sending or transmitting the case as such is not forbidden by law. Therefore, it is expedient to send the record and proceedings of the case along with the seized property to Special NIA Court, Mumbai without seeking any direction from the High Court."