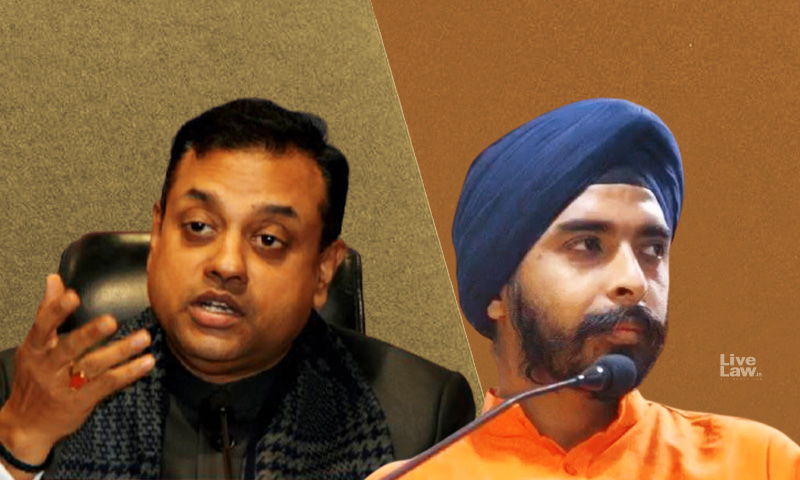 The FIRs against Sambit Patra was lodged after a complaint about his tweet about Congress Party and for making derogatory remarks against Congress party and its leaders. FIR against Bagga was in relation to complaint about making defamatory statement in Twitter against former PMs Jawaharlal Nehru and Rajiv Gandhi. Two FIRs were lodged against Patra, one under Sections 499, 500, 501 & 505(1) of the IPC and another under Sections 298, 153A & 505(2) of the IPC. FIR against Bagga was under Sections 153A, 505 of the IPC and Section 66 of the Information Technology Act, 2000.

Regarding offences under Sections 499, 500, 501 (defamation), Justice Sanjay K. Agrawal observed that the investigation of a non-cognizable offence by the police without the permission of the competent Magistrate is illegal, subsequent permission granted cannot cure the illegality as police officer has no jurisdiction to investigate noncognizable offence without the order of the Magistrate having jurisdiction to try such case.

About Section 505 of the IPC (which deals with Statements conducing to public mischief) the court observed that merely making allegation against the leaders of a political party even if it is incorrect / untrue would not constitute offence under Section 505(1) of the IPC.

The court added that the complainant, who is neither "family member" nor "near relative" of late Jawaharlal Nehru and late Rajiv Gandhi cannot unilaterally assume unto himself the status of an aggrieved person within the meaning of Section 199(1) of the CrPC by asserting that his feelings were hurt by imputation and publication of alleged defamatory statement.

"it is not the allegation that in the said tweet, two different religious, racial, language or regional groups or castes or communities are involved and as such there is no two different religious groups which is sine qua non for attracting offences under Sections 153A & 505(2) of the IPC and one of the essential and basic ingredients of the above-stated offences of involvement of two different groups is totally missing.", the court said while quashing FIR under 153A & 505(2) of the IPC.